The Tekhnodinamika holding of the Rostec state corporation has begun testing the landing system for large-sized equipment created as part of the Parachute development work. 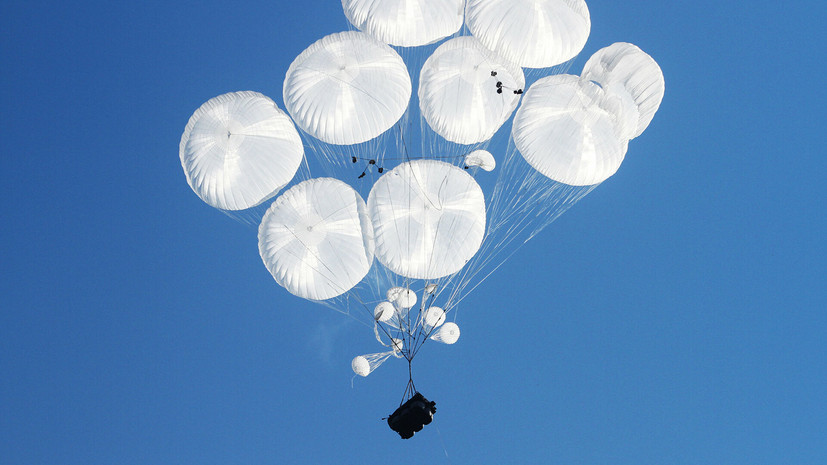 According to RIA Novosti, this was stated by Igor Nasenkov, General Director of the Tekhnodinamika holding.

“We have already made two joint drops of a prototype of a cargo platform and a parachute system.

Soon we expect to throw 14 tons.

And so we reach 18 tons, ”Nasenkov said.

According to him, the parachute system consists of several canopies with an area of ​​770 square meters.

It is noted that the new parachutes will allow landing Typhoon-VDV vehicles weighing 18 tons and nine-ton Tiger armored vehicles with personnel inside.

In May, it was reported that upon completion of the tests, the Russian Ministry of Defense intends to adopt the Typhoon-VDV special-purpose armored vehicle, parachute-dropped.

The vehicle is designed to equip airborne assault formations of the "winged infantry" of Russia and to solve a wide range of tasks.

The advantages of the Typhoon-Airborne Forces include a powerful remote-controlled combat module with a 30-mm cannon, good maneuverability and high security.

From the point of view of experts, the supply of the vehicle will improve the safety of the crew and increase the fire potential of the Airborne Forces.