Egypt warns Ethiopia: The Renaissance Dam is an existential threat, and there is no alternative but to protect our right to life

Egyptian Foreign Minister Sameh Shoukry considered that the Renaissance Dam that Ethiopia is constructing on the Nile River constitutes an "existential threat" to his country, calling for a "legally binding agreement" for Ethiopia. Shoukry said, during a Security Council session held at the request of Tunisia represented by Tunisia. Cairo and Khartoum, 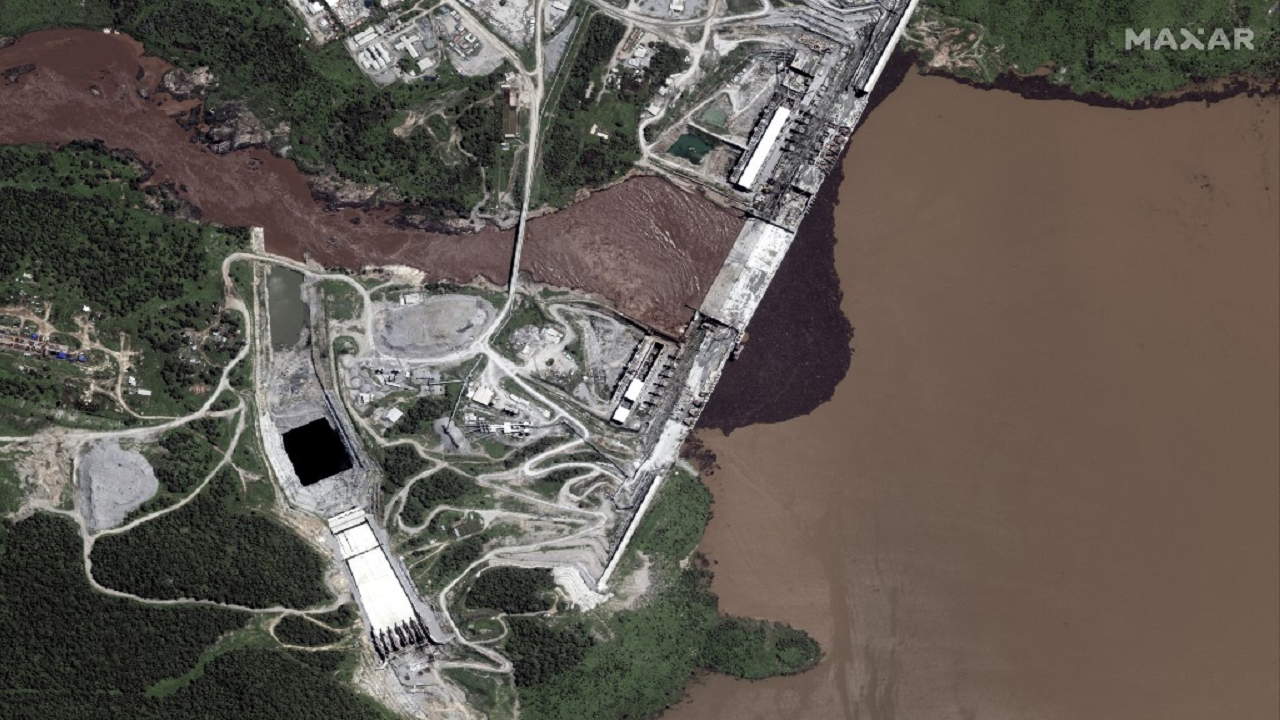 Egypt warns Ethiopia: The Renaissance Dam is an existential threat, and there is no alternative but to protect our right to life

The Egyptian Foreign Minister, Sameh Shoukry, considered that the Renaissance Dam that Ethiopia is constructing on the Nile River constitutes an "existential threat" to his country, calling for a "legally binding agreement" for Ethiopia.

Shoukry said, during a Security Council session held at the request of Tunisia, represented by Cairo and Khartoum, that "the negotiating process led by the African Union has reached a dead end."

He added, "Egypt calls on the Security Council to adopt the draft resolution on the issue of the Grand Ethiopian Renaissance Dam, which was circulated by the sister Republic of Tunisia," considering that this project is "balanced and constructive."

This project, which was obtained by Agence France-Presse, calls for settling the dispute within six months, and for Ethiopia to stop filling the dam's reservoir, and for the Council to include on its agenda this file, which has been delayed since 2011.

Shoukry warned that "if Egypt's water rights are damaged or their survival is jeopardized, Egypt has no alternative but to protect and preserve its inherent right to life in accordance with what is guaranteed by laws."

At the same session, his Sudanese counterpart, Maryam Al-Sadiq Al-Mahdi, said that her country "requests assistance" from the Security Council to find a legally binding agreement, without mentioning the draft resolution.

She warned that the silence would be interpreted as a green light for Ethiopia to continue filling the dam's reservoir.

For her part, the Executive Director of the United Nations Environment Program, Inger Andersen, confirmed that "an agreement can be reached on the Renaissance Dam."

And Andersen touched on the "foundations of future cooperation" between the three countries, noting that "trust, transparency and commitment are essential to reach an agreement at the minimum level."

The UN official said that "despite the achievement of progress in several fields during the negotiations, no consensus was reached regarding some basic aspects, especially arrangements for managing long-term droughts," as well as "finding a mechanism to settle differences."

Ethiopia insists that the dam issue does not threaten international peace and security, and therefore does not require the Security Council to convene.

The Ethiopian Minister of Water, Irrigation and Energy, Seleshi Bekele Oolacho, said that the objections expressed by Cairo and Khartoum "are not directed against the Renaissance Dam, but rather aim at stopping the use of water by Ethiopia."

"Unlike Egypt and Sudan, Ethiopia does not have large reserves of groundwater," he added.

For his part, the envoy of the Secretary-General to the Horn of Africa, Parfait Onanga-Anyanga, called on "all parties to address the issue in a constructive manner and to avoid any statements that would increase tensions in a region facing a series of challenges."

He stressed that "all countries that share the waters of the Nile have rights and responsibilities, and the use and management of this natural resource requires continuous commitment from all concerned countries and good faith in order to reach an understanding."

In their interventions, the representatives of the member states of the Security Council encouraged the three countries to overcome their differences and reach an agreement under the auspices of the African Union.

Since 2011, Egypt, Sudan and Ethiopia have been negotiating an agreement on filling and operating the Renaissance Dam, which is intended to be the largest source of hydroelectric power in Africa with a capacity of 6,500 megawatts.

In March 2015, the leaders of Egypt and Sudan and the Prime Minister of Ethiopia signed in Khartoum a declaration of principles agreement with the aim of overcoming differences.

Ethiopia considers the dam necessary to achieve economic development, while Egypt considers it a vital threat to it, as the Nile provides it with about 97% of its irrigation and drinking water.