Chile: the rise in copper prices, a boon for some, a mirage for others - France 24

Chile: the rise in copper prices, a boon for some, a mirage for others Antofagasta (Chile) (AFP) At 70, skin tanned by the sun, Hugo Moroso hand-selects stones in the small copper mine in Kiara, in northern Chile, which has resumed operations in the hope of profiting from the spectacular rise in prices. Classes. In 2021, the price of copper has broken records for ten years, the tonne reaching more than 10,000 dollars. A boon for the South American country, the worl 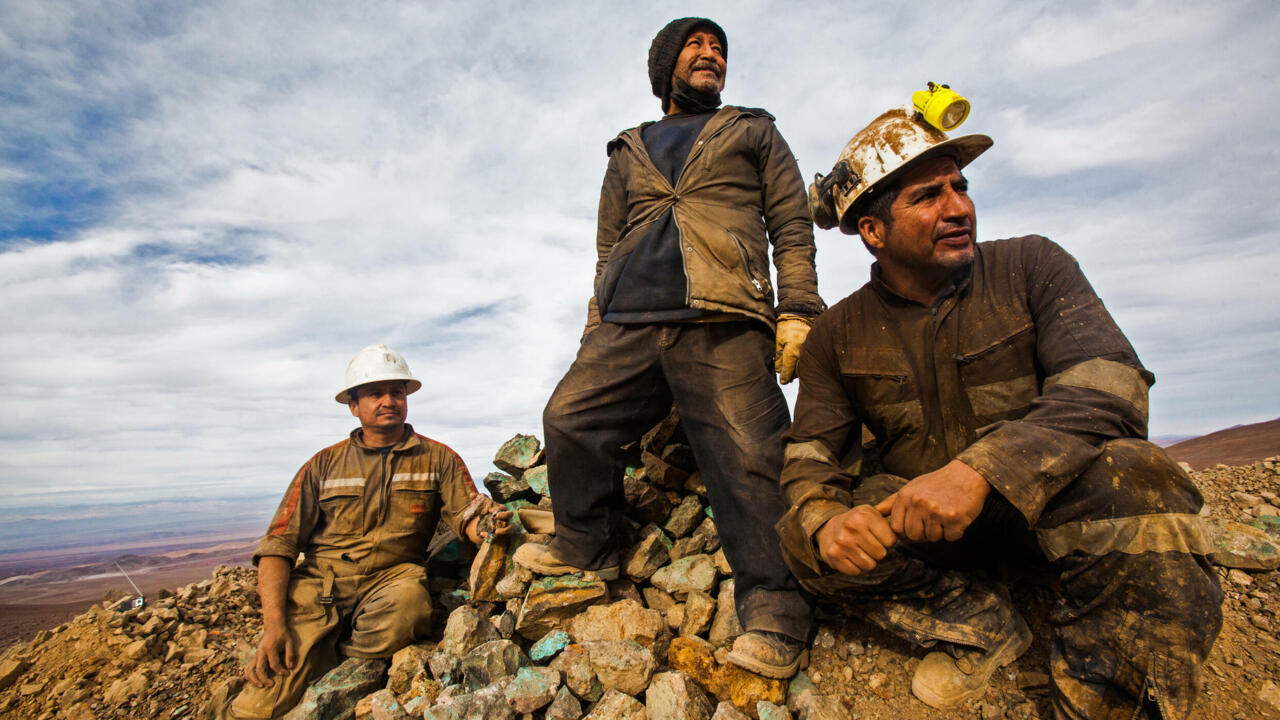 At 70, skin tanned by the sun, Hugo Moroso hand-selects stones in the small copper mine in Kiara, in northern Chile, which has resumed operations in the hope of profiting from the spectacular rise in prices. Classes.

In 2021, the price of copper has broken records for ten years, the tonne reaching more than 10,000 dollars.

A boon for the South American country, the world's largest producer (28%).

With this new cycle of growth, the largest deposits in the world are operating at full capacity.

But small mines are also being revived.

"My son no longer wanted me to work in the mines", told AFP Hugo Moroso, in the Kiara mine, 136 km from Antofagasta, the large city in northern Chile called the "mining capital of the world" .

Kiara resumed in August 2020, after three years of hiatus, on the Vicuña Mackenna mountain range, a rich vein that crosses the north of the country and where there are also mega-deposits.

At an altitude of 2,400 meters, to the sound of a transistor, Hugo Moroso sorts out the stones containing more or less metal.

They are then sold to the National Mining Company (Enami).

But like his colleagues back at the mine, Hugo Moroso, exposed daily to the extreme conditions of the Chilean desert, deplores that his income never follows the price of copper on the international market.

He stresses that his salary has hardly increased for thirty years, unlike income in large mines, well above the national average.

The rise in prices, stimulated by demand from China and by post-pandemic economic recovery programs in the world, is not being felt in Antofagasta (390,000 inhabitants) either.

In this city, where the cost of living is one of the highest in the country, only a few are benefiting from this rising cycle.

"Here, there are people who can live as in Europe and others who live in a camp where there is no running water", deplores the priest Felipe Berrios, resident of the Chimba district where a thousand wooden and tin huts alongside a landfill.

In this region "which contributes 10% of the gross domestic product of the country and receives only 2% of investments, it is not there that we see major roads, the best schools, the best hospital infrastructure", regrets to AFP Governor Ricardo Diaz.

A bill, presented by left-wing parliamentarians for an increase in royalties paid to the state, was recently approved by the deputies and is awaiting consideration by the Senate.

At the same time, the brand new assembly responsible for drafting the new Chilean Constitution is expected to propose changes in the exploitation of raw materials, a demand of the 2019 protests.

Among the proposals to be debated is increasing taxes on the extraction of non-renewable resources to partially allocate them to mining communities.

"We agree that mining can contribute more to the development of the country and the communities where it is located. But (the project) could have the opposite effect and cause mining investment and production to fall," Judge Edgar Blanco, Secretary of State for Mines, however.

Scientist Cristina Dorador, elected to the Constituent Assembly for the city of Antofagasta, believes that "it is time to rethink extractive economic practices", based on the massive exploitation of natural resources which are exported without almost being transformed and which have a strong environmental impact.

"People cannot explain how a region apparently so rich can be so poor and unequal at the same time, it is because extractive activity also causes inequality," she told AFP.