"Shake, destabilize the situation": why Moscow does not rule out foreign interference in the elections to the State Duma

Before the September elections to the State Duma, Western countries may try to destabilize the situation in Russia, according to Moscow. This was stated by Russian Foreign Minister Sergei Lavrov. According to him, this may look like provoking protests. The minister also noted that Russia almost every day sees attempts to influence its domestic policy with the help of a wide “set of tools”. Political analysts state that the West's desire to intervene in the internal situation in the Russian Federation has been gaining momentum lately, and the upcoming elections, most likely, will not become an exception in this practice. However, according to analysts, Russia is prepared to suppress such activities. 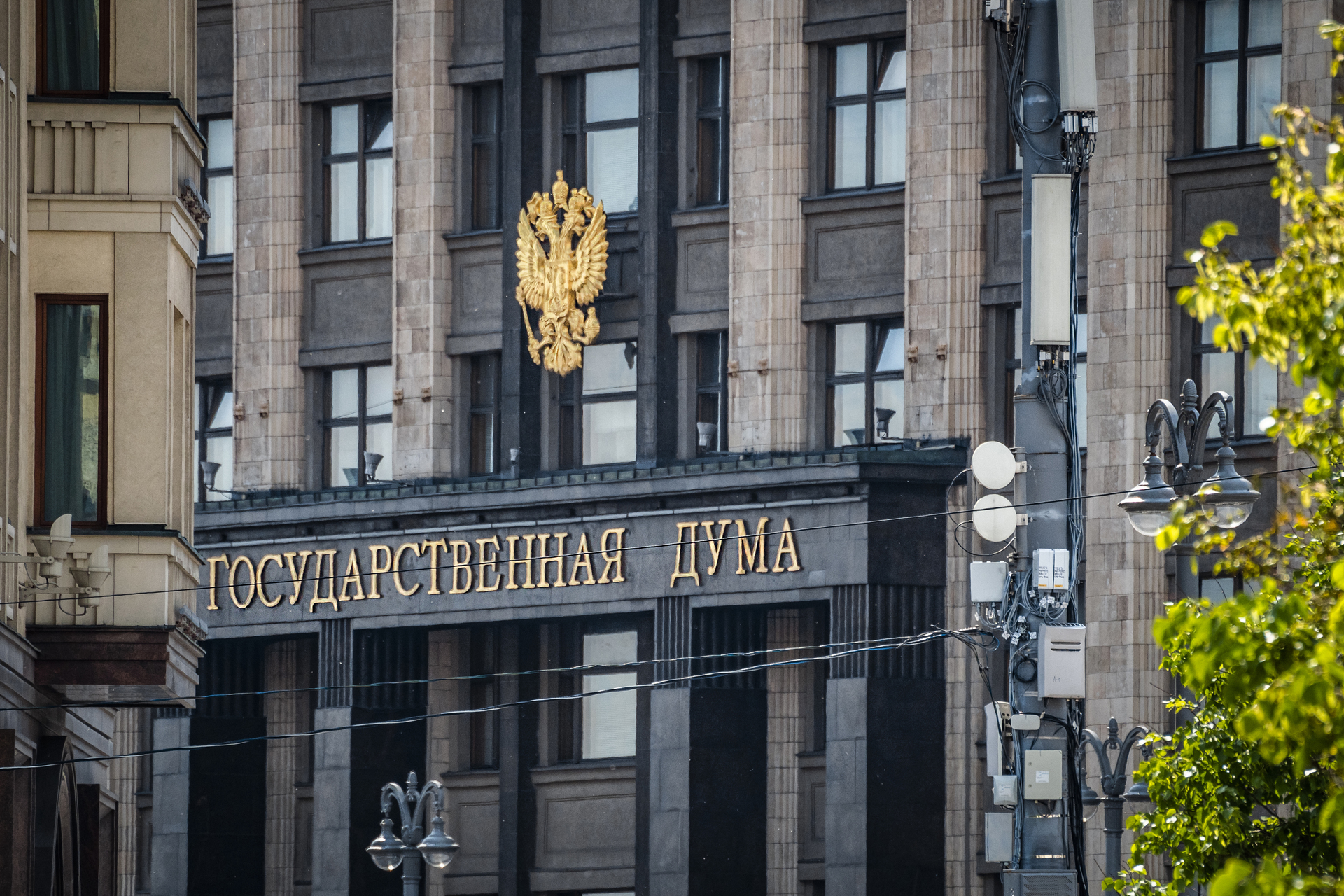 Western countries may try to destabilize the situation in Russia ahead of the fall parliamentary elections.

This was stated by Russian Foreign Minister Sergei Lavrov.

“We can assume that on the eve of the upcoming State Duma elections there will be new attempts to undermine, destabilize the situation, provoke protests, preferably violent, as the West likes to do,” the minister said during a speech at the Far Eastern Federal University.

He also did not rule out that this could be followed by a campaign for non-recognition of the election results in the Russian Federation.

“There are such plans, and we know about them.

But we will focus primarily on the opinion and position of our people, who are themselves able to assess the actions of the authorities and express their opinion on how they want to further develop their country, ”Lavrov stressed.

The Foreign Minister stated that Russia almost every day sees attempts to influence its domestic policy with the help of a wide "set of tools" such as illegitimate sanctions, information attacks and military provocations.

Recall that the next voting in the elections to the State Duma of the VIII convocation will be held from 17 to 19 September.

On a single voting day, September 19, elections of heads of 12 regions and elections of deputies of legislative bodies of state power in 39 constituent entities of the Russian Federation will also be held.

In an interview with RT, a member of the Federation Council Committee on International Affairs Sergei Tsekov noted that Sergei Lavrov's assessment is objective, as the collective West "lives with the desire to undermine the situation in Russia, bring conflicts to its territory."

“At the same time, Western countries are guided by some far-fetched“ values ​​”, since for them democracy consists in the need to interfere in the internal affairs of other states and impose their own principles.

In this regard, it can be assumed in advance that these states are already preparing to not recognize the results of the elections, using false arguments, ”the senator emphasized.

However, modern Russia is prepared for possible impact, Tsekov is sure.

“Recently, measures have been taken to identify undesirable foreign organizations that operated on the territory of the Russian Federation and adhered to guidelines for a split in Russian society,” the politician emphasized.

In June, Igor Borisov, a member of the Russian Central Election Commission, reported that the CEC had detected attempts of foreign interference even before the start of the election campaign in the country.

He stated this at a meeting of the temporary commission of the Federation Council for the protection of state sovereignty and prevention of interference in the internal affairs of the Russian Federation.

“We made sure that foreign stakeholders, both in their personal capacity and as representatives of all kinds of foreign international organizations and even some states - the USA, Poland, Ukraine, the Baltic countries - had launched a network to interfere in the internal affairs of the Russian Federation even before the start of the elections in the Russian Federation,” - said Borisov.

He also said that the Central Election Commission recorded calls from persons affiliated with foreign agent organizations to abandon the elections, postpone them for an indefinite period, or change the voting format.

According to Borisov, the Central Election Commission calls on the specialized commissions of the Federation Council and the State Duma to develop a plan to counter foreign interference "at every stage of electoral actions."

Earlier in May, Russian Deputy Foreign Minister Oleg Syromolotov said that the department had repeatedly issued warnings to foreign diplomats about the inadmissibility of interference in the Russian elections.

“Warnings to the missions of foreign states about the need to refrain from interfering in the internal affairs of our country have already been repeatedly made at the highest level,” the deputy minister said.

Oleg Syromolotov added that the Foreign Ministry considers attempts to interfere in the autumn parliamentary elections as "very likely."

The diplomat stressed that if such actions are detected, the department will react “harshly, in accordance with the norms of international law”.

In addition, the diplomat said that the law enforcement agencies of the Russian Federation had previously repeatedly recorded "the inclinations of diplomats from other countries to somehow influence the political processes taking place in our country."

As an example of such activity, he cited the publication by the US Embassy at the beginning of the year of the “route of protests” in Russian cities where uncoordinated actions were taking place.

These actions were accompanied by clashes between participants in uncoordinated rallies and law enforcement officers.

Later in February, for participation in these actions, the Russian Foreign Ministry declared three European diplomats persona non grata - employees of the diplomatic missions of Sweden, Poland and Germany.

Experts state that attempts of foreign interference in Russian democratic processes have indeed been gaining momentum in recent years - this can be judged by the intensification of Western influence campaigns in the Russian presidential elections in 2018.

Shortly before the vote, the Federation Council Commission for the Protection of Sovereignty and Prevention of Interference in the Internal Affairs of the Russian Federation presented a report that reported on the campaign to discredit the Russian electoral process.

Most efforts in this direction were made in the United States.

The State Duma of the VII convocation has formed the necessary legislative framework to protect the elections from foreign interference.

This was announced in June by the head of the Duma commission to investigate the facts of foreign interference in the internal affairs of Russia, Vasily Piskarev.

“The commission has developed a number of bills that have already been signed by the president and have come into force, closing the loopholes for Western countries, allowing them to influence the internal political situation in our country through financially controlled and financially supported non-governmental organizations and the media,” Piskarev said.

According to him, one of the important results of the recent summit of Vladimir Putin and Joe Biden in Geneva was the statement by the Russian president of the position on the unacceptability of interference and pressure on the Russian Federation from outside.

"It is the United States that supports in Russia" organizations and people that contribute to the implementation of the United States' policy in the Russian direction, "the head of the commission noted, quoting Vladimir Putin.

At the same time, Piskarev believes that "attempts to influence the results of elections in Russia by the United States and Europe will still continue."

President of the Center for Strategic Communications Dmitry Abzalov, for his part, also believes that the threat of interference from Western countries in Russian political processes will increase significantly during the parliamentary elections.

“Everyone understands perfectly well that now this kind of campaign can be activated, so far it is not known what will happen immediately after the elections.

There are different scenarios for organizing protest actions: Belarusian, Hong Kong and others.

Here the question is precisely the duration and intensity of the intervention, and the fact that it will be is quite obvious, "Abzalov said in a conversation with RT.

Alexei Mukhin, general director of the Center for Political Information, also believes that the elections to the State Duma attract close attention of those who seek to destabilize the situation within the Russian Federation.

“Interference in the internal affairs of the state during the parliamentary elections is presented ostensibly from the standpoint of concern for democracy and human rights.

There are already signs that the United States and its allies are going to destabilize political processes during the election campaign or question the legitimacy of the election results, ”the expert says.

However, Russia has all the necessary tools to shield both the State Duma elections and the presidential elections in 2024 from all potential attempts to interfere.

“Undoubtedly, the West will not miss the opportunity to destabilize the situation in Russia in 2024 during the presidential elections. However, given the recent scenario of such interference in Belarus, Moscow understands what methods will be used and is preparing to repel them, ”the expert concluded.