"No needles, no work": vaccination becomes compulsory in Fiji - France 24

"No needles, no work": vaccination becomes compulsory in Fiji Suva (Fiji) (AFP) "No injection, no job" ... Public and private employees are going to Fiji to have the obligation to be vaccinated in the coming weeks, announced the government of this Pacific archipelago in the grip of an outbreak cases of the highly contagious Delta variant. Prime Minister Frank Bainimarama has announced that Fijian officials should take time off if they have not received the 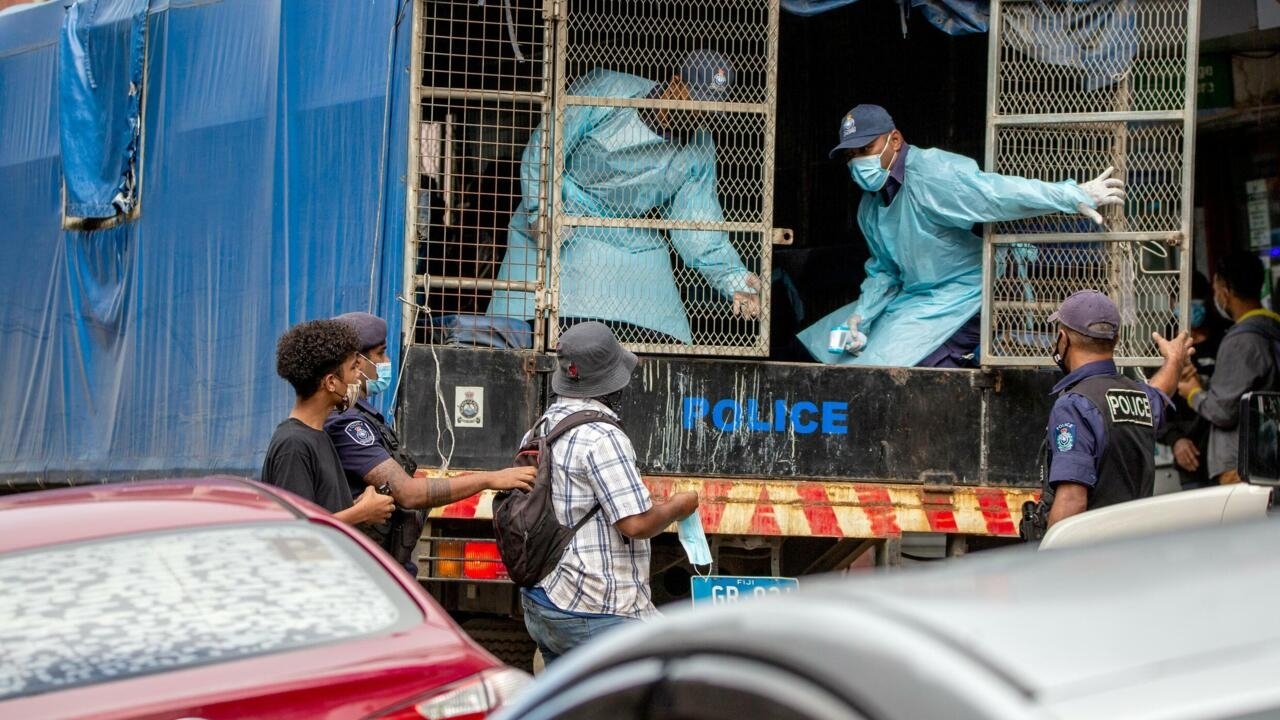 "No injection, no job" ... Public and private employees are going to Fiji to have the obligation to be vaccinated in the coming weeks, announced the government of this Pacific archipelago in the grip of an outbreak cases of the highly contagious Delta variant.

Prime Minister Frank Bainimarama has announced that Fijian officials should take time off if they have not received their first injection by August 15 and risk being fired if their second injection is not given by November 1.

Employees in the private sector should have received their first dose by August 1.

In case of violation, the worker will be liable to a hefty fine and his employer will risk an administrative closure.

"No jabs, no job", this is what science commands for security reasons, and this is what government policy is now, "Bainimarama announced Thursday evening. in a speech.

This drastic decision is a response from the authorities to the fact that the population largely ignores the health recommendations, and in particular the imperatives of social distancing and the obligation to wear a mask.

An attitude that has been widely blamed as one of the reasons for the epidemic outbreak.

Before April, Fiji had not recorded any cases of local transmission of the virus.

But a flaw in the quarantine system allowed the highly contagious Delta variant to spread like wildfire through the population.

The archipelago is currently registering more than 700 new cases per day, for a population of around 900,000 inhabitants.

So much so that the largest hospital in the archipelago, located in the capital Suva, announced this week that its mortuary was full and urged the families of the victims to come and collect the bodies of their loved ones.

Mr. Bainimarama refused to order a national containment by highlighting on the one hand the economic cost that such a measure would have, and on the other the difficulty of implementing it in certain very dense deprived districts of the capital city.

"The harsh containment that some are calling for cannot be implemented everywhere in Fiji and our experts tell us that this will not eradicate the virus," he said.

"But it will kill jobs and put our future at risk."

However, he has imposed localized confinements in particularly affected areas, especially in Suva, while the vaccination campaign, which relies on the AstraZeneca vaccine, is advancing.

At this stage nearly 340,000 adults have received their first dose.

Mr. Bainimarama lamented the counterproductive effect of misinformation about vaccines, especially online, arguing that he had not suffered any side effects after the injections.

"I was not magnetized by the vaccine, I was not implanted with a microchip, I did not receive the mark of the Beast or other creature," he said in reference to the Apocalypse of John.

"The vaccine doesn't do that to anyone."

For its part, the national rugby team has also decided to support the vaccination campaign.

In her two test matches against New Zealand, the first of which is scheduled for Saturday, she will wear a crossed-out "Vaccinate Fiji" shirt, not the name of her sponsor.

The Prime Minister announced that tickets would begin to be imposed on those who do not wear masks, participate in illegal gatherings or violate quarantine instructions.

"My dear Fijians, this ordeal will end," he continued.

"Until then we must remain vigilant until more people are protected."

The origin of the epidemic outbreak dates back to April 17, when two Fijians returning from India, via Singapore, infected a soldier in a quarantine center who then transmitted the virus to the rest of the population.

This had shattered Fiji's hopes of opening air "bubbles" allowing quarantine travel with Australia and New Zealand, the two countries from which the most foreign tourists come.