[The "One Hundred Thousand Whys" of the Chinese Communist Party] Why did Deng Xiaoping support him so many times?

China News Service, Beijing, July 6th (Reporter Kan Feng) More than 40 years ago, a man selling melon seeds on the street shocked Deng Xiaoping.   His name is Nian Guangjiu, and he was once known as "China's No. 1 Vendor". In the early days of reform and opening up, his fate was even regarded as "a barometer of individual economic development."   Nian Guangjiu has made a living by doing small 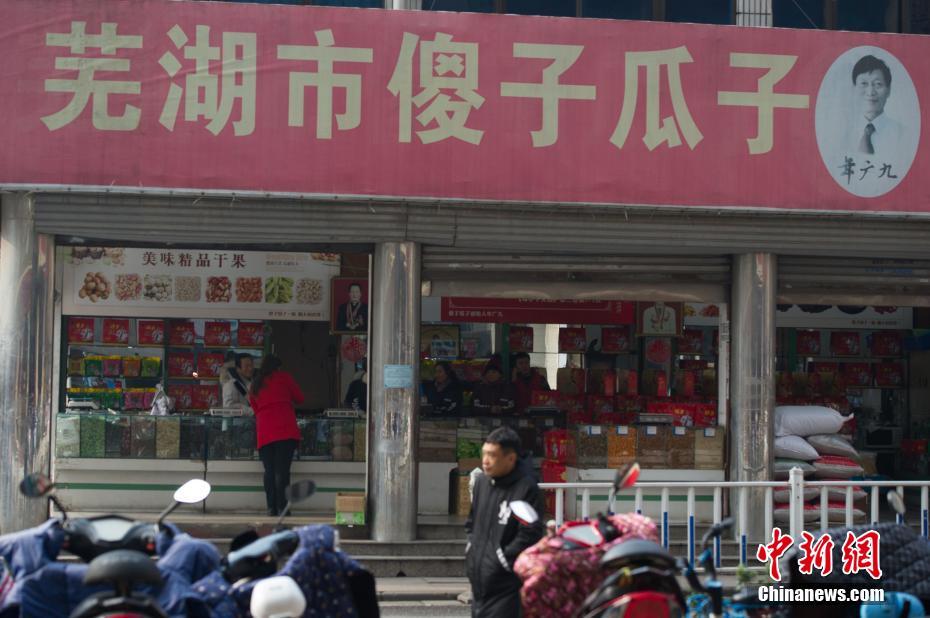 His name is Nian Guangjiu, and he was once known as "China's No. 1 Vendor". In the early days of reform and opening up, his fate was even regarded as "a barometer of individual economic development."

Nian Guangjiu has made a living by doing small business on the streets of Wuhu, Anhui since he was young. He has a low level of education, but he has business savvy and dare to think and do it.

Nian Guangjiu was able to become "China's No. 1 Vendor" because he sold melon seeds. His melon seeds tasted good, with small profits but quick turnover. When someone bought a pack, he would grab a handful and give it to others. In the eyes of others, Nian Guangjiu did so. The business is a bit "silly", and over time, "Fool Guazi" has become more and more famous.

Nian Guangjiu's business is getting bigger and bigger. In 1976, when Wuhu citizens joked about melon seeds in alleys, he had already earned his first million in his life.

However, making a fortune brought Nian Guangjiu a big trouble.

At that time, some people questioned: Can socialism still allow "millionaires" to appear?

Is Nian Guangjiu a "private capitalist"?

In 1980, an investigative report on the problem of "fool melon seeds" was sent to Deng Xiaoping.

Deng Xiaoping affirmed the development of the individual and private economy at that time, and his attitude towards some people's disputes about the surname of "community" and "capital" was to "let it go" and "take a look."

However, the controversy did not end there.

At the beginning of the 1980s, the number of employees in Guangjiu reached more than 100 people. Whether "Fool Guazi" was "exploiting" or not, there was another debate.

In October 1984, Deng Xiaoping once again "supported" Nian Guangjiu in a conversation: "You have solved a'Fool GuZi', which will disturb people's hearts and will be of no benefit. Let the'Fool Guazi' run for a period of time, what are you afraid of? Did it hurt socialism?"

In 1992, reform and opening up ushered in another critical year.

This year, Deng Xiaoping inspected the South. He once again mentioned "Fool Guazi" in the famous Southern Talk: "In the early days of rural reform, Anhui had a problem of'Fool Guazi'. At that time, many people were uncomfortable and said that he made a profit. Millions, I would like to move him. I said that I can't move, and people will say that the policy has changed and the gains outweigh the losses."

Deng Xiaoping several times "supported" an individual vendor selling melon seeds, which became a good story in the history of reform and opening up.

"Reform and opening up are the key to determining the future and destiny of contemporary China. China has made great strides to catch up with the times!"

"Private enterprises and private entrepreneurs are our own people." "Any words and deeds that deny, doubt, or shake the basic economic system of our country are not in line with the party and state policies. Don't listen to or believe them." "Our private economy can only grow. Weakening means not only can't'leave the field', but also move towards a broader stage.

For more than 40 years, the private economy has contributed more than 50% of tax revenue, more than 60% of GDP, more than 70% of technological innovation achievements, more than 80% of urban labor employment, and more than 90% of the number of enterprises to Chinese society...

Behind this remarkable set of figures reflects that after the Third Plenary Session of the Eleventh Central Committee, the CCP has broken the traditional concept of ownership and opened the door to the development of non-public ownership. The arduous exploration and successful practice of socialism with Chinese characteristics.