Pride parade in Georgia is canceled after violent protests

A pride parade planned in the Georgian capital Tbilisi is canceled after violent protests and criticism from the Prime Minister. 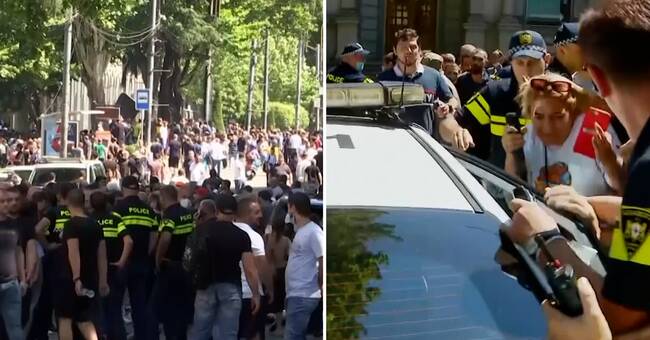 Hundreds of anti-LGBTQ protesters had gathered in the streets of Tbilisi to protest the pride parade that was to take place on Monday night.

They clashed with police and attacked journalists in several places in the city, including outside the parliament building.

According to the parade's organizers, their office was "stormed by homophobic attackers".

Authorities had promised to protect the Pride Parade, but it had also been criticized by Prime Minister Irakli Gharibashvili.

"Holding a so-called pride parade is not reasonable because it creates a threat of confrontation," said Irakli Gharibashvili at a government meeting on Monday.

The Prime Minister has also called the parade "unacceptable to a large part of Georgian society".

The president condemns the attacks

Georgia's President Salomé Zurabishvili, on the other hand, condemned the violence of Pride opponents.

"I condemn today's events and all forms of violence due to different perceptions or gender identities," she wrote on Twitter.