Covid: Johnson announces the imminent end of wearing masks in England London (AFP) Relying on the "individual responsibility" of each, Prime Minister Boris Johnson announced the end of mask wearing and social distancing in England in two weeks, as well as the lifting of the main restrictions linked to the virus. During a press conference at the end of the afternoon, Boris Johnson explained that he intended to lift on July 19 the main part of the last health measur 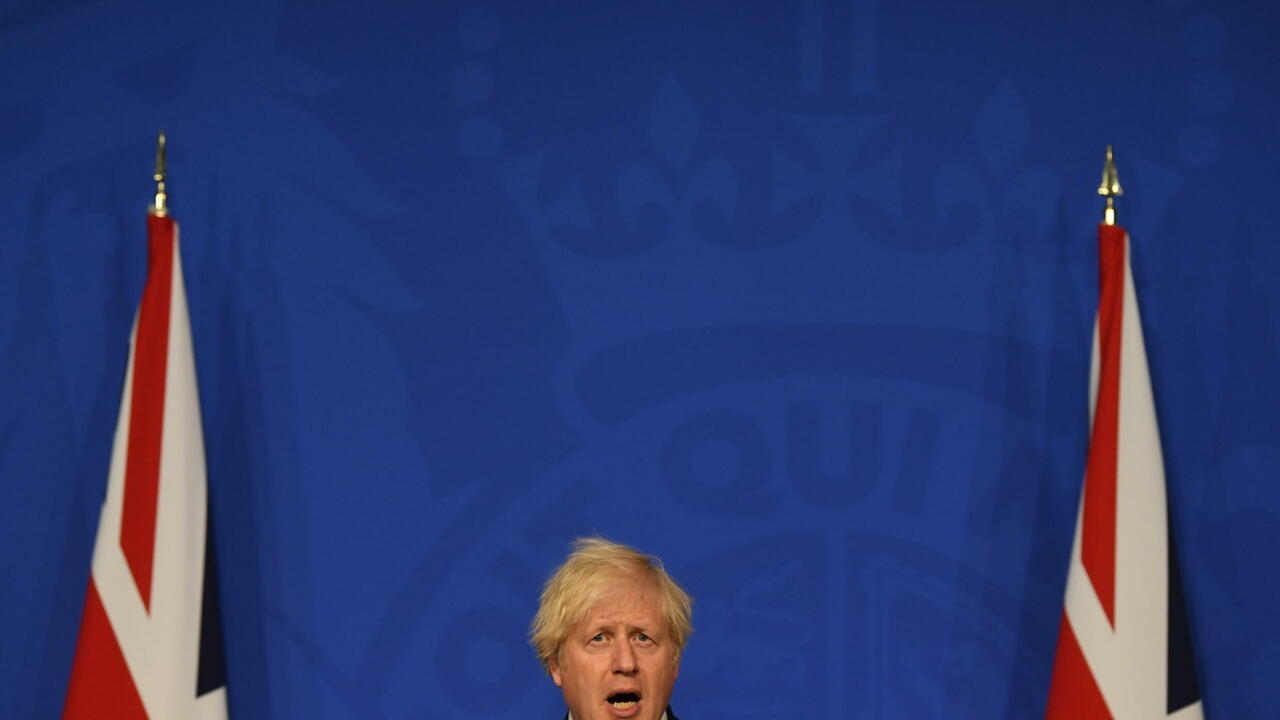 Relying on the "individual responsibility" of each, Prime Minister Boris Johnson announced the end of mask wearing and social distancing in England in two weeks, as well as the lifting of the main restrictions linked to the virus.

During a press conference at the end of the afternoon, Boris Johnson explained that he intended to lift on July 19 the main part of the last health measures related to the coronavirus, including the compulsory wearing of the mask and social distancing, a controversial decision given the surge in contaminations attributed to the Delta variant.

The government is due to confirm this decision on July 12.

Regarding the end of compulsory mask wearing, which scientists and doctors have spoken out against, Boris Johnson said he wanted to "move away from legal restrictions and allow people to make their own informed decisions on how to deal with the virus" .

The conservative leader, however, called to "remain cautious", indicating that he himself would wear a mask in busy places but stressing that he relied on the "individual responsibility" of the English.

Sketching a return to some form of normality, Boris Johnson announced that teleworking would no longer be recommended, that performance halls and stadiums could open at full capacity, and discos could once again accommodate audiences.

He further reiterated that the government wanted to end the mandatory quarantine for fully vaccinated British residents returning from a country classified as "orange", including major European tourist destinations such as France, Italy and Spain.

An announcement from the Minister of Transport is expected this week.

Initially scheduled for June 21, the lifting of the last restrictions had been postponed by one month, to July 19, due to the outbreak of the Delta variant, which is much more contagious.

This variant, initially detected in India, now represents almost all new cases in the United Kingdom, where daily contaminations have approached 30,000 in recent days.

European country with the most people killed by the pandemic (128,000) after Russia, the United Kingdom and its 66 million inhabitants have gradually emerged from a third winter confinement, with the reopening of restaurants, non-commercial businesses. essential and cultural places.

According to Downing Street, the latest data indicates that contaminations will continue to rise as restrictions are lifted "but the link to hospitalizations and deaths is weakened" thanks to vaccination.

The government estimates that by July 19, two-thirds of adults will be fully vaccinated against Covid-19.

To speed up the vaccination campaign, Boris Johnson announced Monday that the interval for those under 40 between vaccine doses would be reduced from 12 to eight weeks.

Started at the beginning of December, this campaign has already made it possible to administer two doses to nearly 64% of the adult population and one dose to 86%.

The government has already let go of mass gatherings to allow 60,000 fans to attend the semi-finals and final of Euro 2020 football at London's Wembley Stadium this week, a contested decision.

For several days, he had suggested that he intended to appeal widely to the judgment of the British.

This strategy is sharply criticized by some academics who advise the executive.

For Prof. Susan Michie, a behavior specialist at University College London, the choice to let the contaminations slip away amounts to "building new + variant factories + at a very high rate".

Over the weekend, the British Medical Association called on the government to keep certain restrictions in place due to the "alarming" increase in the number of cases.

The Unite union, which represents tens of thousands of employees in public transport, demanded on Monday that the wearing of masks remain compulsory.

In the United Kingdom, each province decides on its own timetable in the face of the health crisis.

Scotland, Wales and Ireland have opted for slower lifting of restrictions.