The Confederation of Trade Unions (KCTU) has decided to hold a large-scale rally of about 10,000 people in Yeouido tomorrow. Prime Minister Kim Bu-gyeom asked to refrain from quarantine for quarantine, but the KCTU is in a position to proceed as scheduled. 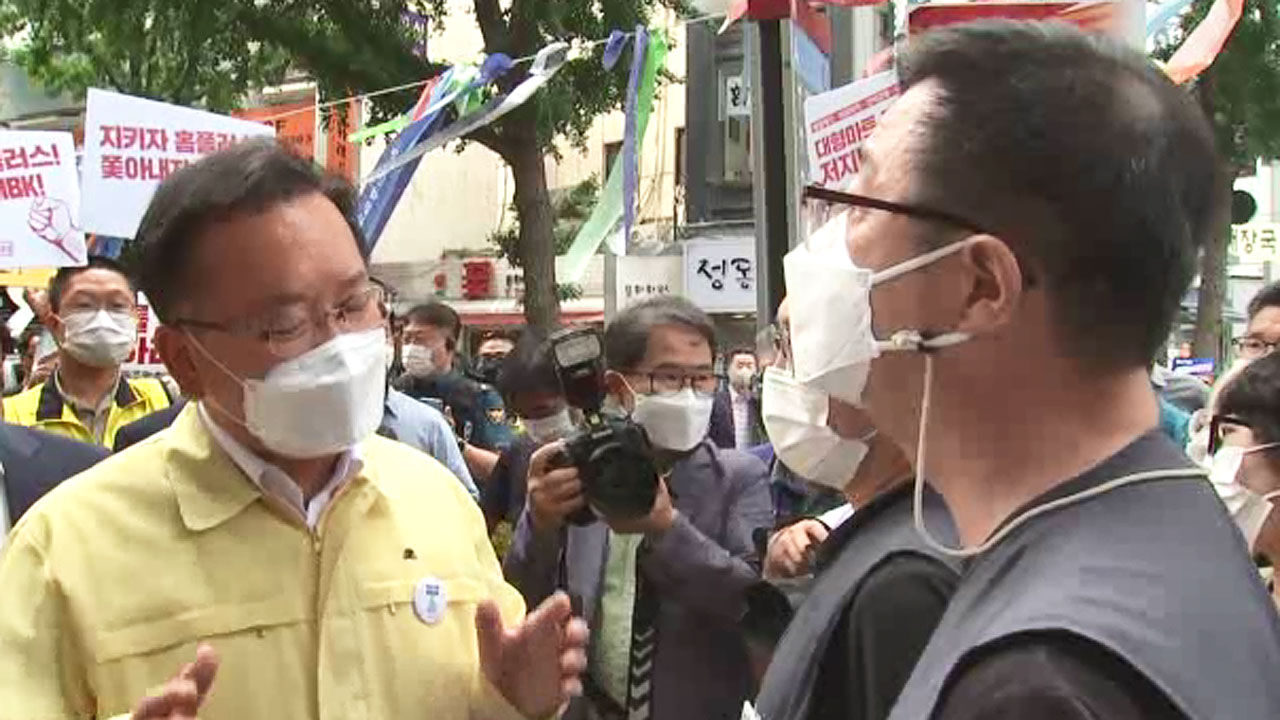 KCTU decided to hold a large-scale rally of about 10,000 people in Yeouido tomorrow (3rd). Prime Minister Kim Bu-gyeom asked to refrain from quarantine for quarantine, but the KCTU is in a position to proceed as scheduled. In response, the government warned that it would take strict action if the rally was forced to hold.

Prime Minister Bu-gyeom Kim visited the KCTU together with Chung Eun-kyung, head of the Korea Centers for Disease Control and Prevention.

This is to request that we refrain from holding the National Workers' Congress, which is scheduled to be held in Yeouido tomorrow with 10,000 people.

/Prime Minister: It is

said that everyone gathers

from all over the country, but the mutation is starting to spread, and if this is (spread) nationwide, what will you do?]

Yang Kyung-soo, chairman of the KCTU, rejected the request to meet with Prime Minister Kim and clearly expressed his will to carry out the assembly. I did.

He also emphasized that he would thoroughly self-isolate.

[Han Sang-jin / Confederation of Trade Union Spokesperson: Why are you trying to make a picture with reporters after taking what the government failed to quarantine? How about a baseball field? How is the concert hall? Is there no risk of infection?] At the

rally tomorrow, which will be the beginning of the general strike in November, the KCTU plans to appeal for the implementation of measures to eradicate serious disasters, the abolition of non-regular workers, and an increase in the minimum wage.

[Yang Kyung-soo/Chairman of the Korean Federation of Trade Unions (Yesterday): The desperate voices of the workers should not be blocked, but listened to.]

The government also said in a statement to the public that it could not make concessions to quarantine.

[Gimbugyeom / Prime Minister: If you force the rally Government by all means we can to protect the lives of the people will say clearly that there is no exact forced to respond -

Police E. would block the gathering itself for a rally banned Location , the Seoul Metropolitan Government said it would collect evidence and take accusations against illegal assemblies.

▶ Is this a sign of the 4th Corona pandemic? vs Temporary increase?