Malaysia's "loose" and "tight" measures to prevent and control the epidemic

(Fighting New Coronary Pneumonia) Malaysia's “loose” and “tight” measures to prevent and control the epidemic   China News Agency, Kuala Lumpur, July 3 (Reporter Chen Yue) Malaysia’s Defense Minister Ismail Sabri Jacobs held a press conference on the 3rd to announce that the country’s five states will follow this month. From the 5th, the epidemic prevention measures can be relaxed from the firs 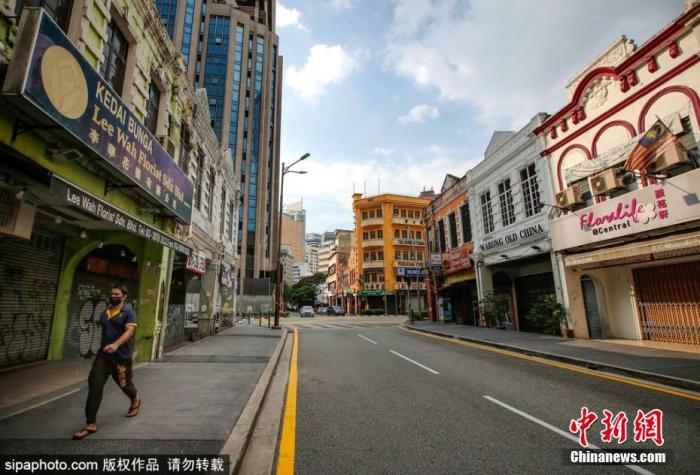 China News Agency, Kuala Lumpur, July 3 (Reporter Chen Yue) Malaysia’s Defense Minister Ismail Sabri Jacobs held a press conference on the 3rd to announce that the country’s five states will follow this month. From the 5th, the epidemic prevention measures can be relaxed from the first stage of the current "National Recovery Plan" to the second stage.

The "National Recovery Plan" is a "road map" issued by the Malaysian government for "unblocking".

There are four stages.

The picture shows a street view of Kuala Lumpur, Malaysia under the epidemic.

At the same time, Malaysia's Klang Valley (capital Kuala Lumpur and the surrounding Selangor state) will implement more stringent and strengthened movement control orders from the 3rd to the 16th of this month than the current "National Recovery Plan" first-phase epidemic prevention measures. .

According to the previous measures issued by the Malaysian government, after the implementation of the strengthened movement control order, the economic and social areas allowed to operate in the relevant areas have been further reduced, and the travel of personnel has also been further restricted. Selangor will also invest 10,000 police officers to strengthen the inspection of people's travel.

After the five states of Kelantan, Terengganu, Perak, Pahang and Glass moved into the second phase on the 5th, according to the "National Recovery Plan" previously issued by the Malaysian government, more economic sectors could be opened up.

Why did the Malaysian government "loose" and "tighten" the epidemic prevention measures?

Ismail pointed out on the 1st of this month that the number of cases in the Klang Valley is always high; at the same time, the basic infection index (R0) in Klang Valley has been maintained at around 1.0 recently.

He said that the Selangor region is densely populated and the new crown pneumonia variant virus is also entering Malaysia. "The situation is worrying" and strengthened control measures are needed to contain it.

Ismail also explained on the 3rd that the five states that have been approved to enter the second phase of the "National Recovery Plan" have all three key indicators: new confirmed cases in a single day, pressure on medical resources, and vaccination rate. Up to standard.

He pointed out that the government made this decision "after carefully studying and listening to public opinion."

Since the implementation of current epidemic prevention measures across the country on June 1, due to the closure of most socio-economic areas and increasing socio-economic pressure, many business associations have repeatedly called on the government to relax restrictions.

On the 3rd, several major retail associations in Malaysia jointly stated that if shopping malls and other commercial venues continue to close, 500,000 employees may lose their jobs.

Malaysian Finance Minister Zafr, who held a press conference with Ismail on the same day, stated that deregulation measures in some states and strengthening of control measures in some regions are "necessary actions" and "in government plans."

Malaysia currently has a total of more than 772,000 confirmed cases of new coronary pneumonia.

According to the Malaysian Ministry of Health, as of 12:00 noon on the 3rd, the country had 6658 newly confirmed cases in the past 24 hours, of which 3,663 were in the Klang Valley. The 5 states that will enter the second phase have all new cases on the same day. Within 200 cases.