Yoon Seok-yeol "There are no exceptions to the application of the law"... W 'criticism' hey 'cover'

Regarding the fact that his mother-in-law was arrested three days after declaring a challenge for the presidency, former President Yoon Seok-yeol made only a brief position that he believed that there were no exceptions to the application of the law. 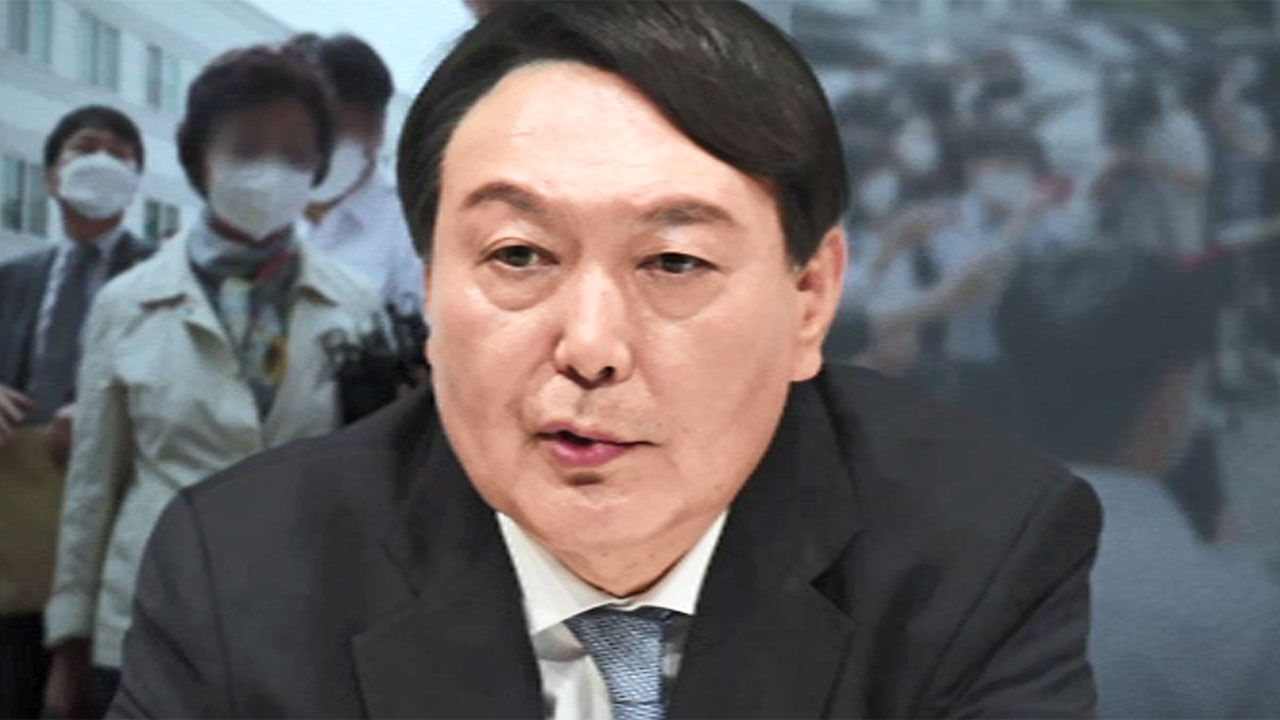 Regarding the detention of the mother-in-law three days after declaring a challenge to the presidency, former President Yoon Seok-yeol made only a brief position that he believed that there were no exceptions to the application of the law. In the passport, there was a reaction that it was privately held, and in the opposition party, there was a saying that "there is no system of association."

Reporter Baek Woon will tell you about this.

camp of former Prosecutor General Yoon Seok-yeol, less than an hour after the court's arrest judgment, sent a text message to Yoon's brief stance, "As my sister and sister have been emphasizing, I believe that there are no exceptions for anyone to apply the law." told

An aide who contacted former President Yoon after the sentencing said, "There was no sign of agitation at all."

There was an interpretation that it was a first trial judgment and was trying to show that it had no effect on the presidential campaign.

The passport was aimed at former President Yoon himself.

Song Young-gil, president of the Democratic Party, said, "As the 'prosecutor-general's son-in-law' disappeared, he was properly prosecuted and legal justice was revealed."

[Song Young-gil / Democratic Party Representative: Medical care benefits close to 2.3 billion won and damage to people's property are something to deeply reflect on... .]

[Lee Jae-myung/Governor of Gyeonggi: It seems to be the case. We had a criminal business together, but I think that it was not right in terms of judicial justice to have only this one (Yoon, mother-in-law) missing... .] In

Power of the People, CEO Jun-seok Lee took the cover.

[Lee Jun-seok / Representative of People's Power: Since Korea is a country that does not have a sit-in system, the people will judge such matters. I am judging that former President Yoon Seok-yeol's (People's Power) qualifications for joining the party are not at all problematic.]

He emphasized that restricting political activities due to kinship issues was also rejected by the ruling party.

In the 'X-File' controversy before running for president, the sentence of mother-in-law was issued three days after the declaration of candidacy.

Both the ruling and opposition parties are watching what kind of wave the public will show to 'politician Yoon Seok-yeol'.