"The cashback has allowed in recent months a greater use of electronic money, a better tracking of payments, the reduction of blackouts and tax evasion" said the deputy dem, Michele Bordo. Meloni: "The only ones to say it was idiocy" 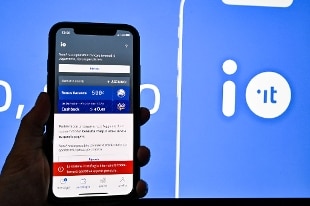 June 29, 2021 The stop to the cashback program from July 1 - a proposal discussed during yesterday's control room at Palazzo Chigi - is raising numerous reactions. "The suspension of cashback is a mistake, I said it and repeated it yesterday in the control room. I hope we can go back on this decision" writes on twitter the Minister of Agricultural Policies,

(M5s). And the spokespersons of the Movement in the Finance Committee in the Chamber add: "The suspension of the cashback mechanism is a serious mistake. It stimulated the use of the Io app, encouraging digitization, and allowed over 6 million Italians to receive up to to 150 euros as a bonus for electronic payments made.The incentive has had a huge response, especially among young people and is a measure that pays for itself.

Consumption data would have reached 14 billion by the end of 2022 with 2.5 billion in new revenues for the state and without introducing any new tax. To date, 8.9 million citizens have signed up with a total of 784.4 million transactions and 16.4 million payment instruments activated. In fact, one unexpectedly chooses to go back to the past, instead of supporting an anti-tax evasion program that is working. This battle obviously does not interest other political forces, accustomed to filling their mouths with the fight against tax evasion without ever going to the facts. We hope that the decision taken in the control room will be reversed. "

he is rather critical of what emerged from the control room. "I do not agree with the decision to suspend cashback for the next semester. It is one thing to correct what did not work with the mechanism, it is another thing to suspend it. In recent months, cashback has allowed greater use of electronic money, better tracking of payments. , the reduction of black and tax evasion "- said the deputy dem,

, head of the Democratic Party for Cohesion and the South - For all these reasons, it is a mistake to go back. I hope there is room to review the decision taken yesterday by the control room that met at Palazzo Chigi. "

In favor of the suspension of the cashback,

. '' The suspension of the Cashback in the second half of the year is a common sense decision that will save more than half a billion to the state coffers, and our hope is that this is a definitive stop, because it is a demagogic measure. whose costs have far exceeded the benefits - explains the president of the senators of Forza Italia

- And to think that the Conte government had even included him in the Pnrr despite the fact that the European Central Bank, as well as the traders' associations, had expressed very detailed criticisms of a measure that triggered, among other things, the rush of thousands of crafty men intent on splitting the same payment in several operations to be entitled to the maxi final refund. With the super prize at the end of June, therefore, the curtain will fall on the Cashback, and it is the ending that Forza Italia has been hoping for for some time ''.

On the same wavelength, from the ranks of the opposition, the leader of Fratelli d'Italia,

. "The cashback will be 'suspended' from July 1. Fratelli d'Italia was the only political force to say clearly immediately that cashback and the receipt lottery are an idiocy that costs us 4 billion. An attempt to control Italians in exchange Now the Draghi government has also arrived - emphasizes the President of

- The almost 2 billion saved are now destined for activities and workers affected by the crisis and closures, as I had asked the premier to do in a letter sent on March 3 last. How it should have been in a normal nation ".