The spread of infection in Sweden continues to decrease and, as planned, more restrictions are eased. On 1 July, the ceiling on private events will be raised from eight to 50 people, more spectators will be allowed at events and restaurants and taverns may be open longer. - From Thursday, life can start to go on a little more as it was before the pandemic, says Minister of Social Affairs Lena Hallengren (S). 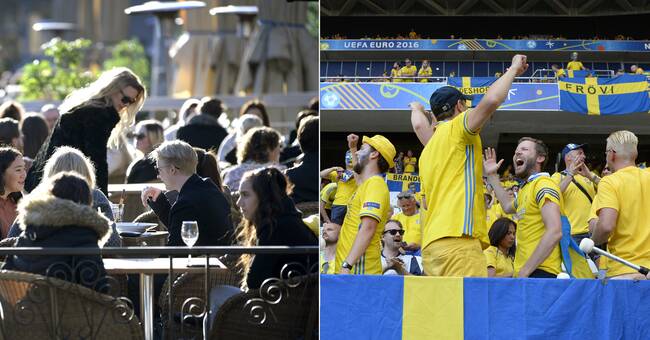 But the fact that the country is now governed by a transitional government does not affect the plan set up for the opening of society.

That message was given by Lena Hallengren (S) in connection with her announcement that more restrictions will be lifted on 1 July.

- From Thursday, life can start to go on a little more as it was before the pandemic, she says at a press conference together with Minister of Culture and Democracy Amanda Lind (MP) and the Public Health Agency's Director General Johan Carlson.

The audience ceiling is raised at events

Since the beginning of May, the spread of infection in Sweden has decreased and the number of people cared for at IVA continues to decline steadily.

This, together with the fact that almost 60 per cent of Swedes have received at least one dose of vaccine, means that step two of five in the government's opening plan can be implemented.

The relief means, among other things, that more people will now be able to gather in different places.

Instead of eight people, private events may have up to 50 people, at indoor cafes, eight people may sit together, and at outdoor events, 3,000 people will be allowed in each grandstand section.

In addition, the council is abolished to only associate with the closest circle.

- We are many who have longed to hang out again and share experiences together.

But if we are to continue in the right direction, we must continue to be vaccinated when it is our turn for life to return to normal for all of us, says Amanda Lind.

Servings may be open longer than 22:30

On Thursday, the limited opening hours for restaurants and restaurants will be removed and there will continue to be no restrictions on how large a party may be at outdoor cafes.

Johan Carlson points out that despite the relief, it is still important to follow the remaining advice to reduce the spread of infection.

- When it comes to the outdoors, we see in front of us that there should be distance between the company, and seated food.

So it's not about nightclubs.

You should observe distance, wash your hands, not meet if you have symptoms, he says.

The government's plan to implement step 3 in mid-July.