Euro: Belgium validates the full box, Finland in waivers Saint Petersburg (AFP) Belgium came out with difficulty from the trap of Finland (2-0), Monday in Saint Petersburg, to secure first place in Group B of the Euro, with nine points out of nine. The little Scandinavian Thumb finished third. Awkwardness, a guard on fire, a hostile public ... For a long time, the elements went in the direction of an exploit of the 54th Fifa nation against the first. 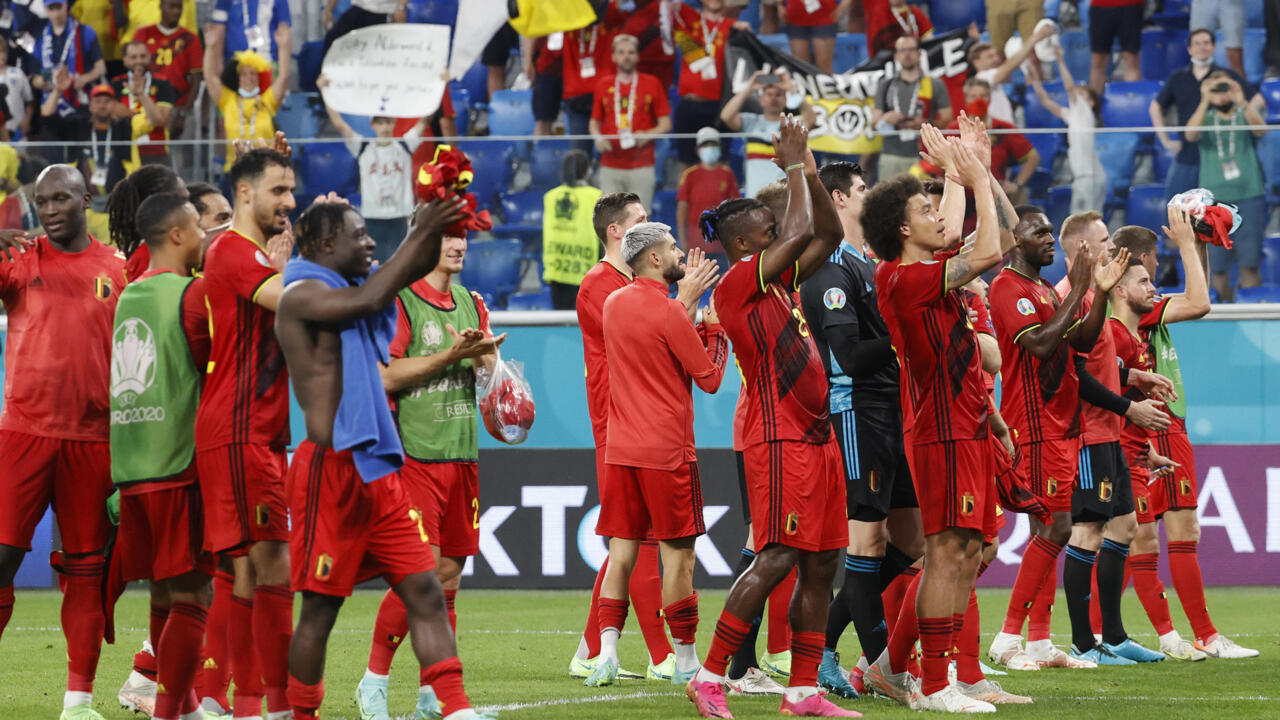 Belgium came out with difficulty from the trap of Finland (2-0), Monday in Saint Petersburg, to secure first place in Group B of the Euro, with nine points out of nine.

Awkwardness, a guard on fire, a hostile public ... For a long time, the elements went in the direction of an exploit of the 54th Fifa nation against the first.

"There were no spaces, it was a bit difficult," conceded Kevin de Bruyne, at the microphone of RTBF.

But the "Red Devils" were patient to win their third success, before slipping into the round of 16.

They were also successful: the head of Thomas Vermaelen hit the post before bouncing on the goalkeeper Lukas Hradecky who, surprised, deflected the ball in his nets (74th).

The action may seem cruel for the "Great Owls", backed by loud supporters, but it reflects the physiognomy of a one-sided game, dominated by teammates Romelu Lukaku.

The colossus of Inter doubled the end of the game (81st), with a pivot strike, for his third goal in the competition.

Coach Roberto Martinez, who believes that "winning is the best preparation", noted that his team continued to gain strength, especially its captains.

Starting out for the first time in the competition, De Bruyne, Axel Witsel and Eden Hazard, who have experienced the last weeks disrupted by injuries, have distinguished themselves.

The first, designated man of the match, managed both assists, recalling how his vista was able to get his team out of any situation.

The latter played the entire match, which had never happened to him this season with Real Madrid ... The Brainois could even have scored (58th, 63rd, 89th).

This is inevitably promising for the Devils who, for the first time in their history, are successful in their group at the Euro.

They will face a third on June 27 in Seville.

"We are making good progress and we will be ready," said De Bruyne.

For Finland, the "dream" of seeing the 8th is not dead, for their first participation in the final phase of the competition.

The "Huuhjakat" are third ahead of the eliminated Russia, but their three-point total leaves them little hope of being drafted among the top four third.

"We have a small chance, we may have some good news," conceded coach Markku Kanerva.

Yet at half-time, while Denmark dominated Russia (1-0), the small country of 5.5 million inhabitants, which played the "most important match in its history" according to its coach, was virtually qualified.

But it is difficult to know if the 0-0 was due to the performance of the Finns, united if not offensive (no shooting), rather than that of clumsy Belgians.

If De Bruyne stood out with several flashes on the ball (23rd, 37th), the general impression after 45 minutes was not the best Belgian side.

The young Rennais Jérémy Doku, for his baptism of fire in the competition, tried to sow the disorder by his dribbling, but, on his best action, his shot found the goalkeeper Hradecky (42nd).

Romelu Lukaku, holder, tried to combine with De Bruyne and Hazard (16th, 21st, 52nd) but he too did not escape the ambient awkwardness.

In the second half, Hradecky was imperial against Hazard (58th, 63rd).

When the Belgians thought they were getting out of it, it was video refereeing assistance (VAR) that got involved, to cancel the goal of Lukaku (65th), out of play for a few centimeters.

The VAR decision was celebrated as a goal by Finnish fans.

But a few minutes later, Vermaelen's header sealed the outcome of the match, despite a final start from the Finns, by Robin Lod (78th).