Uppsala politicians participated in the historic vote: "Disappointment and anger"

On Monday, Prime Minister Stefan Löfven was overthrown. Several members of parliament from Uppsala participated in the historic vote. - It was not with a light heart that we voted for a no-confidence motion. I wish we had never had to do this, says Ilona Szatmari Waldau (V). 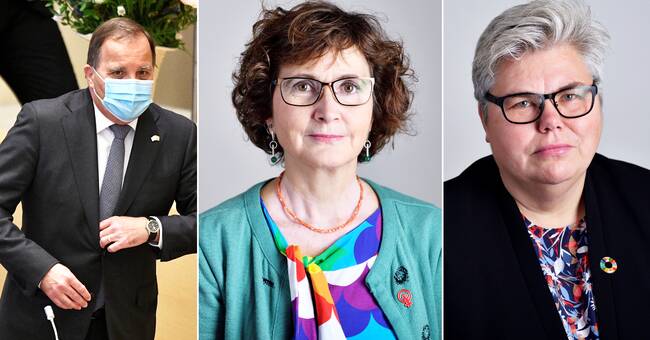 She believes that the Left Party is the party that has compromised most of all.

- For two and a half years, we have been the basis for a government that has pursued a policy dictated by the Center Party.

Now the government has stepped over a limit when it is ready to propose market rents, says Waldau.

A: Löfven is thinking of solutions

- It was a pretty depressed atmosphere.

It is of course a disappointment but also anger that there is a majority who want to see a government crisis without a common plan.

How do you think the Prime Minister's thoughts are going right now?

I think he is already thinking of different solutions and thinking ahead.

SD: The southern city can be affected

David Perez (SD) is the member of parliament who feels most satisfied with Monday's outcome.

But the mood was tense among members of parliament.

I can only assume that Stefan Löfven is both disappointed and annoyed.

How do you think local politics is affected by today's outcome?

- We saw, for example, the case of Uppsala Castle where there was a strong opinion against the proposal [which was then withdrawn, reds.

note], and I think it is quite possible that we can see similar things happen with the proposal for the southern city.

In the clip, you hear two of the members of the Riksdag tell more about the atmosphere at Monday's historic vote.