On Sunday, Egyptian President Abdel Fattah El-Sisi affirmed his country's support for the Presidential Council and the Government of National Unity in Libya during the current transitional phase. 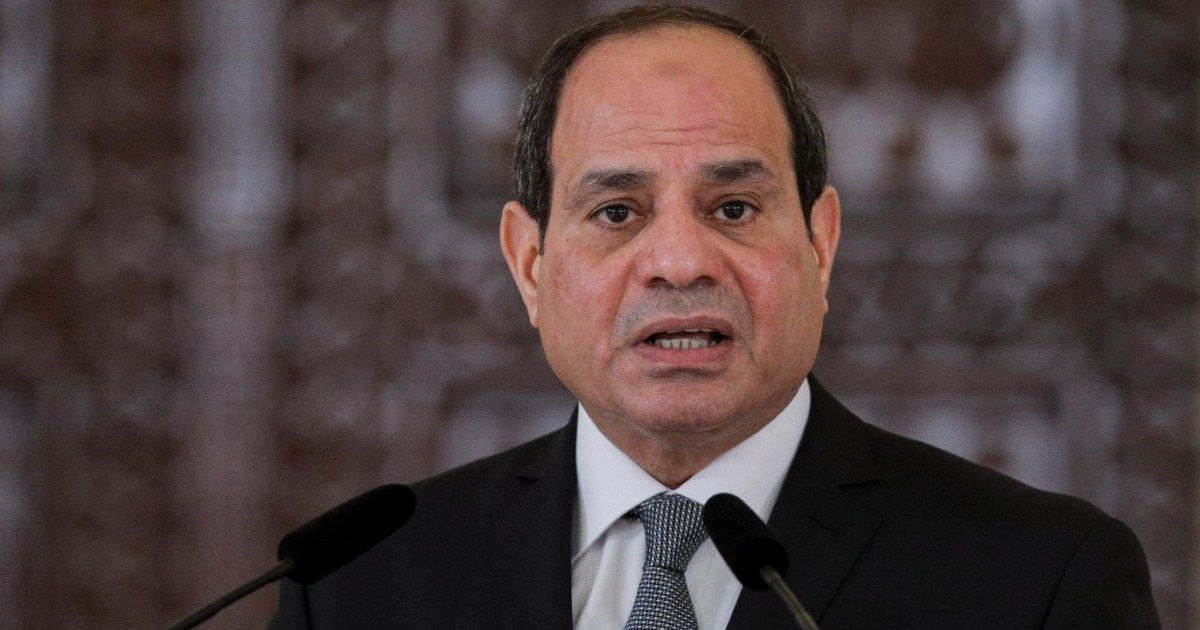 On Sunday, Egyptian President Abdel Fattah El-Sisi affirmed his country's support for the Presidential Council and the Government of National Unity in Libya during the current transitional phase.

During his meeting with Libyan Foreign Minister Najla Al-Manqoush in Cairo, Sisi indicated that Egypt supports the political track in Libya, with the aim of restoring its security and stability, leading to holding national elections next December, and said that Libyan national security represents an extension of Egyptian national security.

A statement by the Egyptian presidency said - after the meeting, which was attended by Foreign Minister Sameh Shoukry and head of General Intelligence Abbas Kamel - that "restoring Libya's sovereignty begins with the withdrawal of foreign forces and mercenaries."

On October 23, 2020, the parties to the conflict in Libya signed a ceasefire agreement under the auspices of the United Nations, stipulating the withdrawal of foreign mercenaries from the country within 3 months of its date, which did not take place on the ground.

Al-Sisi stressed "Egypt's full support for these efforts during all its actions at the bilateral, regional and international levels."

For her part, Naglaa Al-Manqoush expressed her "aspiration for continued Egyptian support and enhanced cooperation, especially at the security level, in addition to raising the level of mutual diplomatic representation," according to the Egyptian statement.

Al-Manqoush arrived in Cairo the day before yesterday, Saturday, on her first visit to Egypt since she took office months ago, and she discussed with Shoukry - in another meeting - bilateral relations and the importance of supporting the Libyan political process.

For months, Libya has been witnessing a political breakthrough. On March 16, an elected transitional authority comprising a government of national unity and a presidential council assumed its mission to lead the country to holding elections.