"There are two versions"... What's in 'Yun Seok-yeol X-Files'

The so-called 'Yun Seok-Yeol X-Files', which is said to have cleared up allegations related to former Prosecutor General Yoon Seok-Yeol, are making headlines in the political arena. On the 19th, Jang Seong-cheol, a conservative political critic, director of the Empathy and Controversy Policy Center, said, "We have obtained the X-Files. 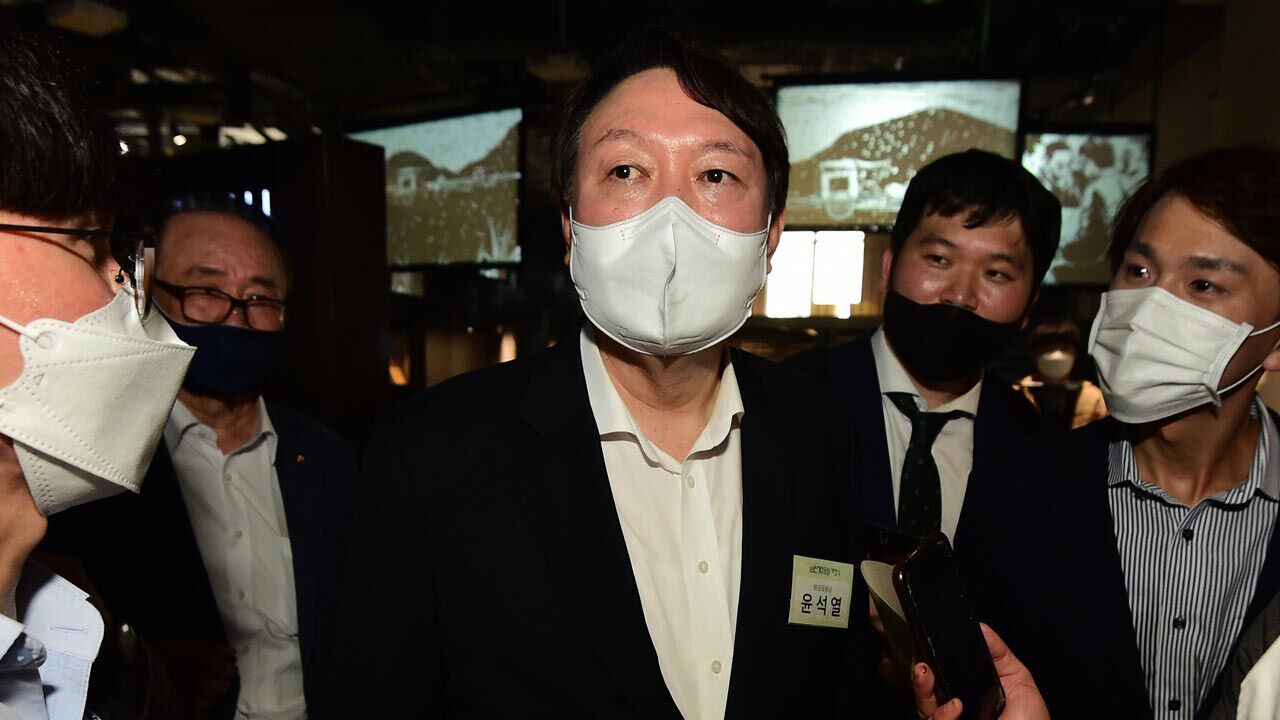 The so-called 'Yun Seok-Yeol X-Files', which is said to have cleared up allegations related to former Prosecutor General Yoon Seok-Yeol, are making headlines in the political arena.

On the 19th, Jang Seong-cheol, a conservative political critic, director of the Center for Empathy and Controversy, said, "I have obtained the X-Files. It will be difficult for former President Yoon to be chosen by the people."

Since then, while the true nature of the X-Files is not clearly revealed, in the political circles, the assertion that 'there is nothing to see in the X-File' and the claim that 'it will be difficult to endure' are mixed up in a dizzying mixture of arguments over its destructive power.

According to several political officials who confirmed the X-Files today (21st), the X-Files were shared with some politicians in two versions.

It is said that there are two versions of A4 paper at the level of brief title arrangement and a version of 20 pages each with details attached to this title.

It is known that the X-Files contains a large number of allegations that were at issue at the time of the prosecution's personnel hearing against former President Yoon in July 2019.

A representative example is the suspicion of bribery by Yoon Woo-jin, the older brother of former prosecutor Yoon Dae-jin, a close aide to former President Yoon.

At that time, the fact that candidate Yoon played golf with Yoon, the former head of the tax office, was also revealed during the hearing.

When asked whether he played golf with Mr. Yoon at the time of the hearing, former President Yoon replied, "I remember having played golf once or twice."

However, he refuted the allegation that he introduced a lawyer to Yoon Woo-jin, saying, "There is no such fact."

Coincidentally, the role of 'striker' at the time was taken by lawmakers from the Liberty Korea Party (the predecessor of the People's Power).

Rather, it was a situation in which the ruling party was playing the role of rebutting these attacks one by one.

The spear and shield have been completely changed.

It is said that allegations related to the wife of former President Yoon also occupy a significant proportion in the X-Files.

This, too, is said to have been mostly covered by the media.

For example, the current trial is being held on the allegation that Choi, the mother-in-law of former President Yoon, illegally received 2.29 billion won in medical care benefits from the National Health Insurance Corporation while establishing and operating a nursing hospital in Paju, Gyeonggi Province, with three business partners between 2013 and 2015. This is in progress.

The same is true of the allegation that Choi forged the bankbook balance certificate during the land purchase process.

In response, an official said, "I saw the file, and the story that came out at the hearing is at a level that only summarizes the title."

Rep. Jang Je-won, who was a member of the Legislative and Judiciary at the time of the hearing, said on the phone, "The key issue is whether former President Yoon intervened in the case involving the mother-in-law, but I couldn't find any evidence of that, so I couldn't ask the question at the time." close to," he claimed.

On the other hand, other officialsSpecific facts are attached with a significant level of detail.”

It is also said that the file contains the date when former President Yoon played golf, the cost of playing golf, and the name of a specific person.

It is known that the file also contains the personal details of Kim Gun-hee, the wife of former President Yoon.

Most of them are evaluated as 'level of rumors' that occurred before she married former President Yoon.

On the other hand, former President Yoon's side expressed a non-response to the X-Files allegation.