Agents of the National Police have arrested in the Alicante town of Benidorm an alleged pedophile who had managed to access the domestic surveillance cameras of ... 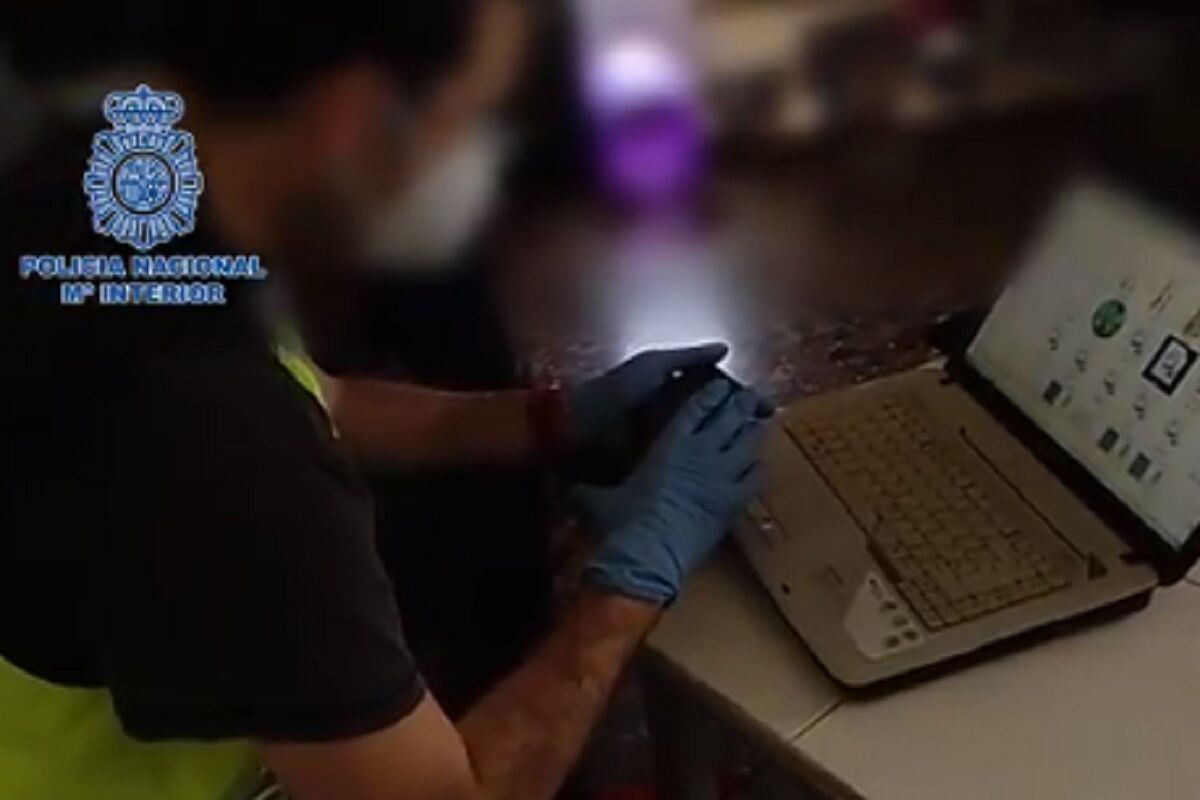 from different countries of the world and, thus, obtain more than 1,000 recordings of naked children,

who accessed video chats, which he recorded naked and, on occasions, threatened. He was very active in the hidden networks of the Internet and had organized a system of selling child pornography in exchange for bitcoins or images of abuse recorded by his clients.

The investigations began when agents from

, a department of the

(Australia) specialized in the prosecution of this type of crime, found sexual images of what they suspected was a child from the Pacific area, although their analysis suggested that they had been modified and uploaded from Spain. The National Police then began a process of close collaboration with Australian agents to try to identify and arrest the person responsible.

on a variety of hidden pedophile forums.

allowed him to be identified.

It was an individual who had already been arrested when he was a minor for acts of the same nature.

Discreet control over the investigated by the agents

In this way, a search and discreet control of the Internet activities of the investigated began, discovering that, as a precautionary measure, he

had begun to use another username

, with which he was distributing new images obtained thanks to sexual harassment through Internet to two children of about nine years residing in two different countries. Because both victims were unknown, it was suspected that the person under investigation was the author of the same.

The specialists of the National Police discovered that, in addition, he offered himself as a babysitter at home and, taking advantage of his

, he worked as a private teacher of English. This work allowed him to have at least ten students, which triggered the alarms of the agents, making the decision to proceed with their arrest.

Once its location in

, the Court of Instruction number 1 of that locality authorized the materialization of the entry and home search procedure. During the intervention, despite the lack of total collaboration of the researcher and the powerful security measures that he had implemented, sufficient evidence was found to prove the authorship of the investigated events, since there

with their user names and techniques that it developed, trying to avoid leaving any digital evidence that could be the object of a hack or that the Police could access them.

During the diligence, the agents found some

, as well as traces of the use of cryptocurrencies and

through people involved in the prostitution of minors, for which this fact was communicated to the authorities of that country .

A large amount of computer material was also intervened for later analysis.

He charged a commission acting as an intermediary

Subsequently, it was discovered that the detainee had organized

a system for the sale of child pornography

. It was advertised in places where consumers of this type of material go to contact him. To those who did, he offered novel material that he obtained on the deep Internet in exchange for payments in bitcoins or through the exchange of material of abuses that the clients themselves committed on children. It also acted as an intermediary between producers and consumers, charging a commission for it.

Regarding the three children whose novel images he had released, it turned out that he was responsible for the

harassment of one of them

. It was determined that the detainee was hired by an adult who knew the victim to obtain sexual images of her,

. The other two, according to the evidence obtained, he obtained as part of his exchange business. On other occasions, he did not send anything to his clients, limiting himself to keeping the money they sent him, since he knew that he would never be reported for such events. The profit obtained is calculated to be between 2,000 and 3,000 dollars.

Experts from the National Police have proceeded to a meticulous analysis of the intervened material, using modern forensic techniques and tools and obtaining important additional data.

In this way, it has been discovered that the detainee

was systematically hacking the surveillance cameras

In his detention, material with very relevant information was intervened

These devices are very common for monitoring children's activities when parents are not at home, and can be consulted through mobile applications. If they are not properly configured, they are very vulnerable. On this occasion, more than a thousand videos belonging to 70 different families from countries such as

, among others, have been found. Children, often naked, appear in almost all of these illegal recordings. Regarding Spanish users, the investigation procedures will be able to identify those located in Spain.

It has also been discovered that he has recorded, on at least one occasion,

the children he gave private lessons to

, without their being aware of trying to obtain images of their underwear.

These victims will also be able to be identified.

The same analysis has made it possible to detect that he has sexually harassed, through the Internet, at least eleven children who accessed video chats, whom he recorded naked and sometimes even threatened.

Finally, data has been obtained that can help identify one of the victims who uploaded to TOR and who gave rise to this investigation.