Fashion Weeks seek their post-Covid expression Paris (AFP) After Milan, Paris takes up the torch with a handful of fashion shows for men's ready-to-wear from Tuesday, which will be followed by haute couture in July: between the big absentees and the new formats, fashion seeks its post-expression. Covid. Dior, Hermès and four other brands invite the public for fashion week shows for men in Paris, on 72 houses registered in the official calend 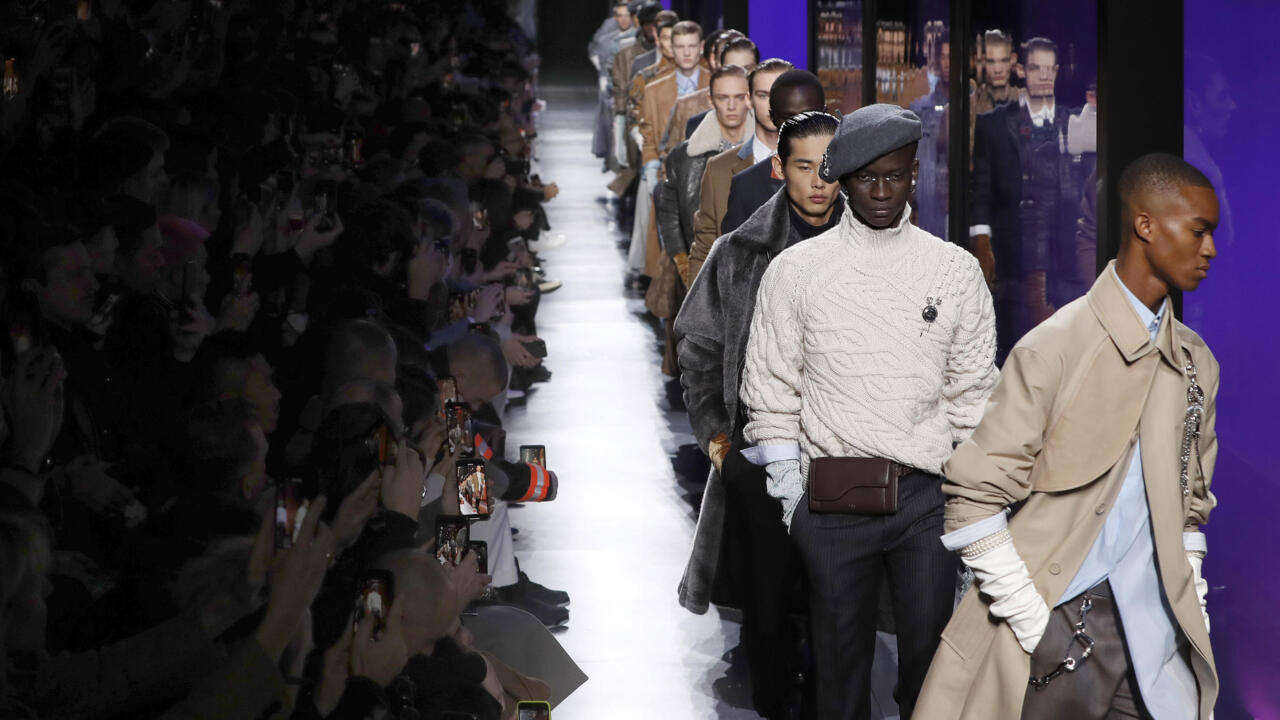 After Milan, Paris takes up the torch with a handful of fashion shows for men's ready-to-wear from Tuesday, which will be followed by haute couture in July: between the big absentees and the new formats, fashion seeks its post-expression. Covid.

Dior, Hermès and four other brands invite the public for fashion week shows for men in Paris, on 72 houses registered in the official calendar.

"There is a very strong appetite to return to the physical," Pascal Morand, executive president of the Federation of French Haute Couture and Fashion, told AFP.

But after the Covid-19 pandemic which accelerated the digital revolution "we will enter a + phygital + universe, it will not be one or the other, it will be both and it is a factor of innovation" .

After presenting his men's collection on April 8 in Shanghai to "a living audience", Berluti's artistic director, Kris Van Assche has left home.

His departure coincided with announcements from Berluti CEO Antoine Arnault that the house will now have its own schedule.

"The eventual character and the rarity seem to me more essential today than the obligatory exercise of style at a fixed time", he said in an interview with the newspaper Le Monde in January 2020.

His last two collections for men and women were presented in February and April in poetic films shot in castles.

Asked about these absences, Pascal Morand plays down by recalling that there had always been "gaps" and wants to believe that the institution is "not threatened".

"That's life, there may be temporary absences," he underlines while welcoming the return to the men's calendar of Courrèges and Balenciaga in haute couture and the fact that "young people mark the world whole want to come ".

The Brazilian designer Francisco Terra, from the young brand Neith Nyer, has for his part preferred to withdraw from the Parisian calendar.

"Frustrated" after the virtual presentations, he organized a parade in Paris on Thursday, followed by a four-day event including a pop-up store "to test the reaction of customers directly after the parade".

"I don't think we really need the calendar. The image of a young brand is done on Instagram, with celebrities and especially outside of the seasons," he told AFP.

While fashion left the framework during the health crisis, the president of the fashion activities of Chanel, Bruno Pavlovsky, called in May to "find a little discipline" and return to the official calendar.

Chanel will parade in July during the haute couture, an exclusively Parisian event, as well as Dior, which has just returned to the "physical" Thursday in Athens for a cruise collection.

"The idea of ​​being able to return to the physical parade makes us optimistic", declares Maria Grazia Chiuri, stylist for Dior femme for whom maintaining the rhythm of the collections is the responsibility of her suppliers and companies affected by the crisis.

The smaller fashion houses, which mainly dress Middle Eastern princesses, feel it's too early to return to the catwalks, and are preparing films.

"We are not going to do a parade knowing that the opinion leaders cannot travel from China, Saudi Arabia, Qatar or the United States. It takes undue sums to have a podium and the public behind masks, "Julien Fournié told AFP.

At the moment, "you don't have the atmosphere", maintains Stéphane Rolland.

"I don't miss the parades because I know I will find them," he concludes.