Virus: relaxation in France and Japan, 500,000 dead in Brazil Paris (AFP) Unrestricted outings in France, lifting of the state of emergency in Japan: some countries soften their anti-Covid measures on Sunday in favor of a health improvement, a prospect still distant in Brazil which has crossed the threshold of 500,000 dead and where a third wave of the epidemic is looming. Three days after the end of the obligation to wear a mask outdoors, the French will 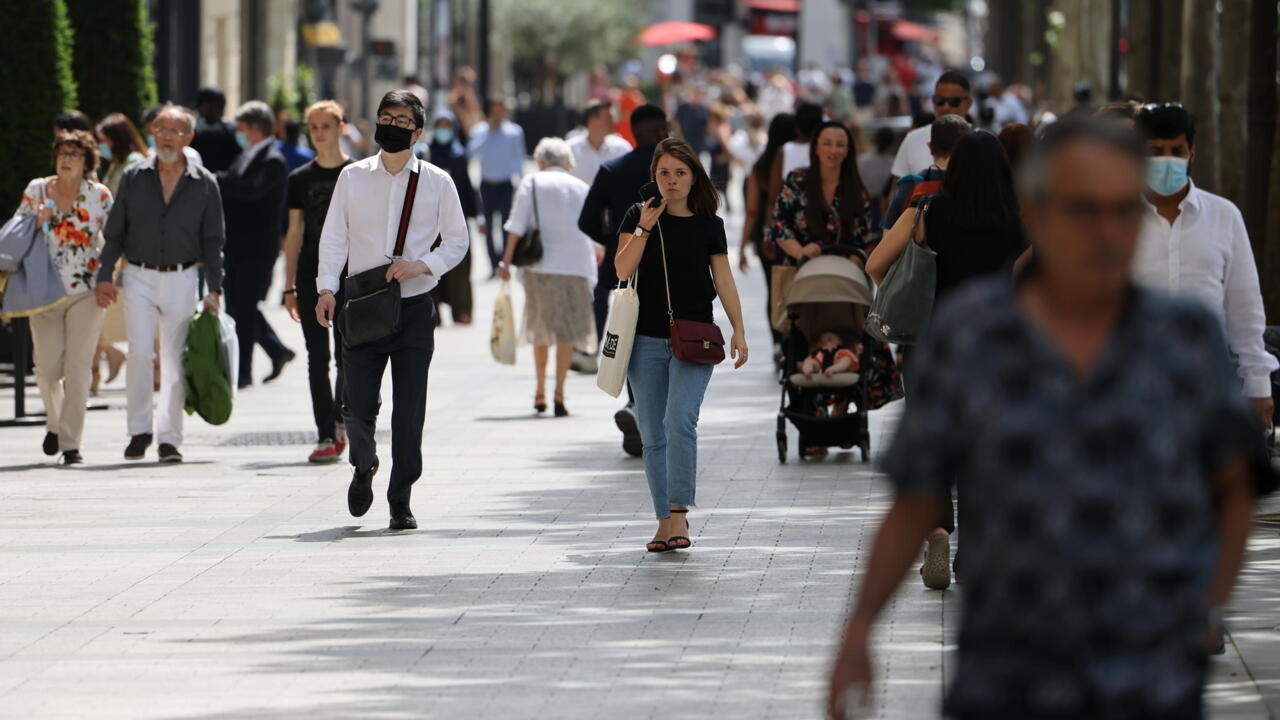 Unrestricted outings in France, lifting of the state of emergency in Japan: some countries soften their anti-Covid measures on Sunday in favor of a health improvement, a prospect still distant in Brazil which has crossed the threshold of 500,000 dead and where a third wave of the epidemic is looming.

Three days after the end of the obligation to wear a mask outdoors, the French will return to an almost normal life on Sunday: the curfew, introduced eight months ago, is lifted from 6 a.m. (4 a.m. GMT), at given the drop in contamination.

"The situation is improving faster than we had hoped," French Prime Minister Jean Castex announced on Wednesday, who warned that lifting the curfew would not prevent the maintenance of health protocols for public places.

France, one of the countries in Europe most affected by the virus with more than 110,000 deaths, was one of the last to maintain such a measure along with Italy and Greece.

However, the obligation to return home at 11:00 p.m. was less and less respected.

With the lifting of this restriction, it follows the example of several European countries, such as Belgium, while others, including Germany and Spain, are moving towards a gradual lifting of the wearing of masks.

This state of emergency mechanism, introduced at the end of April, consisted mainly of closing bars and restaurants in the early evening and preventing them from serving alcohol.

It is extended until July 11 for Okinawa (southwest).

Under the relaxed arrangement, bars and restaurants will again be allowed to serve alcohol until 7 p.m., but will continue to close at 8 p.m.

The lightened restrictions will also make it possible to authorize events (sports meetings, concerts) with spectators, but with a tonnage of 50% of the reception capacities of each site and within a limit of 10,000 people maximum.

In addition, the six fan-zones initially planned to follow the Olympic competitions in Tokyo on giant screens have been canceled due to the health crisis, the governor of the Japanese capital, Yuriko Koike, announced on Saturday.

In Brazil, which on Saturday became the second country in the world after the United States to exceed the threshold of 500,000 deaths from Covid-19, the recent increase in daily deaths confirms the arrival of a third wave.

The latest report from the Ministry of Health, underestimated according to many epidemiologists, reports 500,800 deaths, including 2,301 recorded in the last 24 hours.

This week, the weekly average of daily deaths rose above 2,000 for the first time since May 10, in this country of 212 million inhabitants which has hosted the football Copa America since last Sunday.

The situation is critical in 19 of the 27 Brazilian states, with more than 80% occupancy of intensive care beds, and 90% in eight of them.

The vaccination campaign in Brazil started late, in mid-January, and only 29% of the population has received at least one dose and 11.36% of them are fully vaccinated.

For its part, the Russian capital Moscow recorded on Saturday a new record of cases of contamination by the coronavirus for the second consecutive day, with 9,120 infections in 24 hours.

Moscow had identified 9,056 new cases the day before, against about 3,000 daily cases two weeks ago.

This Covid-19 outbreak is due, according to the authorities, to the Delta variant, which appeared in India and which threatens to overwhelm Moscow hospitals.

To stem the spread of the coronavirus, the mayor, Sergei Sobyanin, had decided on a non-working week from June 12 to 20.

He also extended Friday until June 29 the closure, decreed last weekend, of eating places in shopping centers and the closure of restaurants and bars between 11:00 p.m. and 6:00 a.m.

He also decreed Wednesday compulsory vaccination of employees in the service sector.

Some 60% of them, or about two million people, must be vaccinated by August 15.

The second city of Russia, Saint Petersburg, also affected by a rebound in contaminations, followed suit on Saturday by announcing as a goal the vaccination of 65% of local officials.

The former imperial capital, which has yet to host three Euro football matches, also announced that access to its main fan-zone, Koniouchenaïa Square, would now be limited to 3,000 people, against 5,000 previously.

In China, which only reported 30 cases of contamination on Friday, vigilance remains maximum: Shenzhen airport on Saturday canceled hundreds of flights after the detection of a case of the Delta variant in a waitress in a restaurant of the airport.

In this context, German Chancellor Angela Merkel and French President Emmanuel Macron on Friday called for caution in Euro matches against the highly contagious Delta variant.

"When I see stadiums packed in other European countries, I am a little bit skeptical", said the Chancellor, in an obvious reference to Hungary, the only host country of the competition which does not impose any gauge in his stadium for this Euro.