Several calls in Dalarna due to lightning

On Saturday, the rescue service Dala Mitt pulled out several times after lightning struck buildings. - It could have gone really bad, says Daniel Holmstrand, internal commander about one of the incidents. 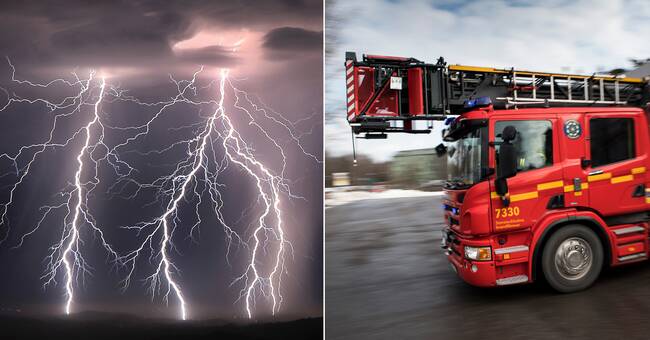 During the evening, the rescue service Dala Mitt pulled out three times due to lightning - first they were alerted to a villa in Ludvika, at 17.30, where the lightning caused smoke to develop in the roof.

Shortly after 19 came the next alarm - then it burned in a machine hall.

- It was a witness who saw the impact, and it probably saved the building.

It was a quick effort, but it could have gone really bad, says Daniel Holmstrand.

At around 8 pm, the thunder caused a router to explode in an apartment building in Säter.

There was no major damage to the building.

No one was injured in any of the fires.