As in free practice, the Dutchman of Red Bull is the fastest on the Le Castellet circuit. Behind him the British, Bottas and Perez. Then the Ferraris (not so brilliant), with the Spaniard in fifth place and Charles Leclerc seventh 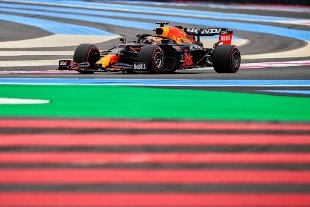 19 June 2021 As in the free practice sessions, Max Verstappen is confirmed as the fastest also in the qualifying of the French GP: after the terrible mockery of in Azerbaijan, the Dutch Red Bull - current world championship leader - wins pole on the Le Castellet circuit with a time of 1'29 ”990. Second place for Lewis Hamilton in the Mercedes (1'30 ”248), also an 'excellent victim' of Baku and also looking for redemption. Third was the Finnish Bottas (Mercedes, 1'30 ”376), fourth the Mexican Perez (Red Bull, 1'30” 445).

Eliminated in Q2 the French Ocon (fresh from a three-year renewal with the Alpine), Vettel's Aston Martin (fresh from the sensational second place in Baku) and Giovinazzi's Alfa Romeo, who 'pushes' as far as he can (13 °).

The Q1 takes out an unexpected name: it is the Canadian Lance Stroll on Aston Martin, who is unable to make any laps. The good one, in fact, is aborted thanks to Mick Schumacher's early stop in the session for the long one who ends up against the barriers in curve 6. Despite the accident, Michael's son reaches Q2 for the first time (where, however, he does not participate, given the damaged car) with the 14th chrono.