MIREIA BELMONTE: "I'm going to Tokyo to do my best"

"Carrying the flag of your country at the Games is very nice and, for me, doubly, because I have never been to an inauguration and I am going to make my debut in a big way", explains Mireia Belmonte. 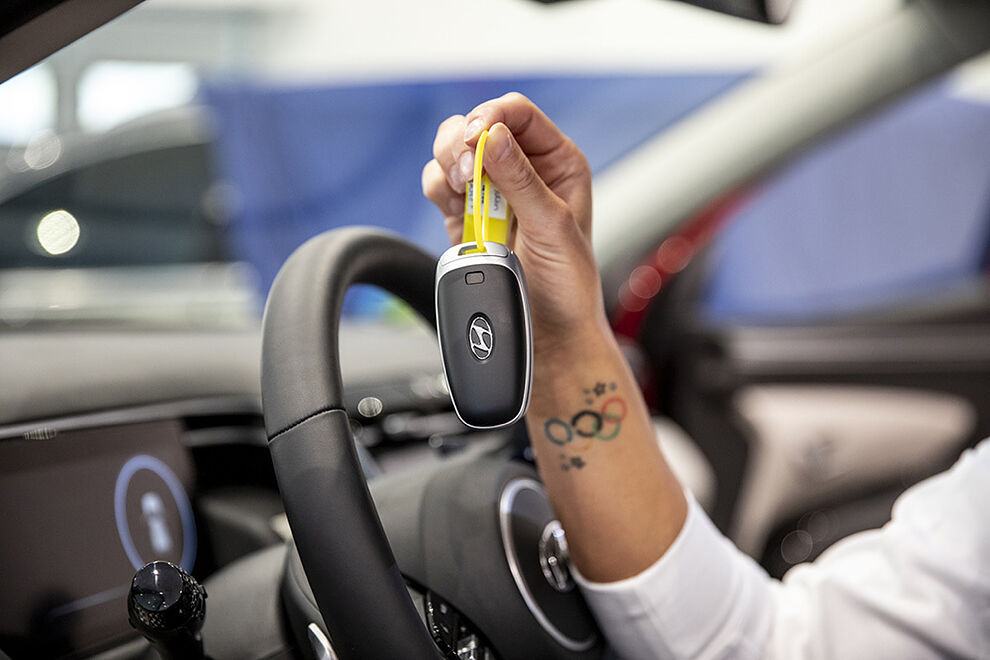 "Carrying the flag of your country at the Games is very nice and, for me, doubly, because I have never been to an inauguration and I am going to make my debut in a big way", explains Mireia Belmonte.

standard-bearer for the Spanish delegation

more than 40 medals in her record

, between the World and European Games.

And he does it with great enthusiasm, after waiting an extra year because of the pandemic.

His history with swimming started very early. At the age of four, by prescription, he jumped into the pool and, from then on, water became his medium. She began to compete with the Badalona Swimming Club and, from there, to become one of the best Spanish athletes in history. The one in Tokyo will be his third participation in the Games. He returned from London in 2012 with two silvers; and in Rio, in 2016, he got a gold and a bronze. This year he also wants to return to Spain with a medal and, to do so, he will have the support of Hyundai.

The swimmer has been the image of the company for years and, for her, this relationship is fundamental: "Being an ambassador of a brand with the level of commitment that Hyundai has is very important to me. We share values ​​and that makes the relationship we have be very natural. I think we make a great team together. " Those values, etched into Hyundai's DNA, are self-improvement, innovation, sustainability ... And they are fully present in Mireia, as they are typical of a true Olympic athlete.

Mireia's commitment to reach the top and her ability to overcome injuries to face injuries and come back even stronger, to grow and improve her brands, is more than evident. For her, in addition, innovation in technology for training and physical control is essential and, of course, so is sustainability. Because he is fully aware that we live on a planet that must be cared for: "At the moment, it is the only one we have. A planet where 70% is water. So who better to fight for it than me?"

Mireia is lucky to be able to choose the car that she wants from the brand to enjoy it in her day to day life. As a Hyundai ambassador, you have already tried the

... But which one would you take to Tokyo? "I would take the

Its futuristic technology hits a lot in that city. It's amazing, I love the design with that retro touch and, at the same time, all the innovations that it incorporates, its interior ... The power to use its technology of Bidirectional charging to plug in anything, wherever you are, I find it amazing; like its solar roof, but with real solar panels, to charge itself with energy ", he assures.

Each of these cars has been adapted to your needs and tastes over the last few years.

Mireia continually reinvents itself and Hyundai does it with it

He is now driving a

, with an attractive white interior.

It is a model that exudes dynamism, character, strength, style, elegance.

So much so that the swimmer assures that, when she stops at a traffic light, she cannot be sure if the people crossing are looking at her because they recognize her or because of the car she is driving: "Its design is so powerful, with those wing-shaped headlights; the interior, with so much space, with that super touch screen with which I am always connected, the technology ... It has exceeded all my expectations and I am happy with my new TUCSON. It shows right? "

MADE BY UE STUDIO

This text has been developed by UE Studio creative firm of branded content and content marketing of Unidad Editorial, paraHYUNDAI.