Diplomats from Ukraine and Turkey discussed cooperation in the Black Sea

Ukrainian Foreign Minister Dmitry Kuleba held talks with his Turkish counterpart Mevlut Cavusoglu, during which they discussed cooperation between countries in the Black Sea region. 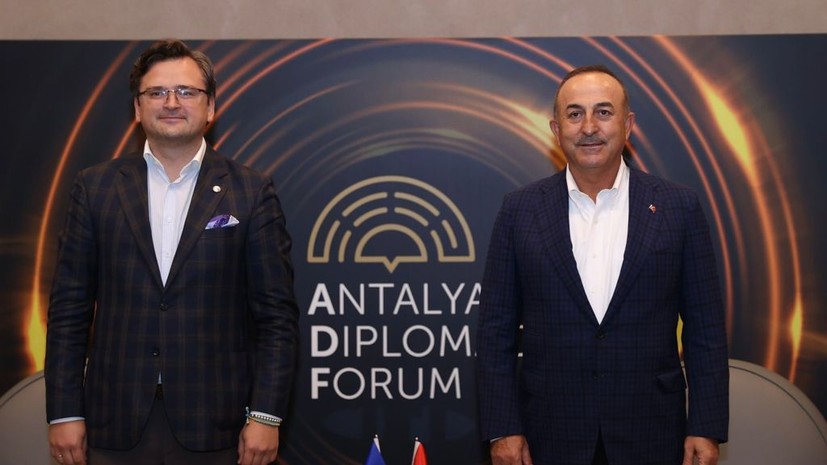 This was reported on the official website of the Ukrainian Foreign Ministry.

“The ministers discussed the possibilities of enhanced cooperation between the Ukrainian and Turkish navies, which will help to implement NATO standards in the Ukrainian Navy, increase their defense capability and compatibility with NATO member countries, and, in general, the interaction of the states of the Security Council on the Black Sea,” the Ukrainian Foreign Ministry said in a statement.

At the same time, Cavusoglu accepted the invitation of his Ukrainian counterpart to visit Ukraine to hold talks on the complex of Ukrainian-Turkish strategic relations.

In May, Russian Foreign Minister Sergei Lavrov warned Ankara against encouraging Kiev's aggressive initiatives towards Crimea, which the Russian side regards as an encroachment on the territorial integrity of the state.