Unpaid supplies of 10 billion in 2020. Relating the non-payments to the national GDP, the incidence stands at 3.1%&nbsp; 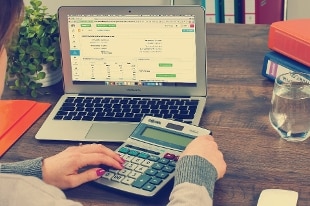 19 June 2021 The payment times of our Public Administration have dropped while trade payables are constantly increasing, reaching almost 52 billion euros. This is what the Study Office of the Mestre CGIA brings to the attention by analyzing the Eurostat data - the Statistical Office of the European Union - for 2020.

The CGIA reports that the amount of 52 billion euros includes the current portion , but not the capital account which, from a rough estimate, would amount to another 6/7 billion euros.

The fact is that the overall debt continues to grow despite the fact that late payments are decreasing as many payments continue to be unpaid. These outstanding payments increase the stock of debt accumulated in previous years. According to the data presented last week by the Ministry of Economy and Finance (MEF), for example, last year our PA received invoices from its suppliers for a total amount of 152.7 billion euros, but paid 142.7, helping to increase the commercial debt by another 10 billion euros.

In Europe nobody does it worse than us

According to Eurostat, in recent years the current-only trade debt of our PA continues to grow. If in 2017 it was 45.2 billion, the following year it rose to 46.9 billion, to reach 48.9 billion in 2019. In 2020 it stood at 51.9 billion euros. In Italy, comparing the non-payments to the national GDP, the incidence stands at 3.1 per cent. This is the worst figure among all 27 EU countries. Among our main commercial competitors, highlights the Artisans and Small Enterprises Association,

1.6 per cent (54.2 billion euros). In addition, in these countries in the year of the pandemic only current-account trade debts decreased. In Italy, on the other hand, they continued to grow, registering a worrying + 6 percent compared to 2019 (in absolute values ​​equal to + 3 billion euros).

We have been rejected several times by the EU Court

The European Court of Justice has stated that Italy has violated art. 4 of the EU directive 2011/7 on

Despite the fact that in recent years the average delays with which invoices are paid have decreased, last week the European Commission sent the Draghi government a letter of formal notice on non-compliance with the provisions of the European directive approved 10 years ago. Finally, another procedure still open against our country concerns the Code of Public Contracts which provides for a payment term of 45 days, when at EU level the deadline, however, is 30 days.

It is necessary to automatically compensate tax debts with

For the CGIA there is only one thing to do to resolve this age-old question that is putting a lot of pressure on many SMEs: provide for deadweight

between the certain liquid and collectible credits accrued by a company towards the PA and the tax and social security debts that the same must honor the tax authorities.

In construction, rather than getting the invoice paid, it is increasingly difficult to get to issue it

Although the average payment times after the issue of the invoice have shortened, the question still remains unresolved. In the construction sector, contractors continue to report the delays to which they are subjected before being able to issue the invoice; a situation that lengthens the payment times due to a series of procedures that elapse between the moment in which the work is completed and the date of dispatch of the tax document.

Many public sectors continue to pay their customers behind schedule with respect to the provisions of the law. According to the MEF data published last week, in 2020 the State Administrations paid on average after 55 days from receipt of the invoice, the Local Authorities (Municipalities, Union of Municipalities and Mountain Communities) after 50 and the Autonomous Regions-Provinces and the other Bodies (mainly foundations) after just over 30. We remind you that the law establishes that for these sectors, payment must be made within 30 days of receipt of the invoice. The only 2 sectors that, on the other hand, last year respected the law were health care, which although it can pay within 60 days has liquidated suppliers on average after 45 days, and National Public Bodies (Chambers of Commerce, State Monopolies ,Bank of Italy, Post Offices, Universities, Cassa Depositi e Prestiti, etc.), with an average time of 28 days, 2 before the deadline set by the regulations for this sector.

The paradox is that the amount of the debt is not known and neither are those who use the MEF platform.

The MEF does not yet know how much the total commercial debt of all public administrations with their suppliers amounts to. According to the Cgia Research Department, the cause is most likely to be found in the fact that a good part of public clients, especially peripheral entities, continue to make payments without passing through the appropriate platform (SdI-Sistema di Interchange) controlled by the Ministry of Economy and Finance and with deadlines well above those set by law.