After the police's great effort - overcrowded in prisons

Thanks to the eavesdropping of the encrypted chat apps Encrochat and Anom, the police in Sweden have in the past year been able to detain about 400 people as suspected of serious crimes. This has greatly increased the pressure throughout the legal chain and especially at the Swedish Prison and Probation Service. Now the occupancy rate in prisons in the country has passed 100 percent. 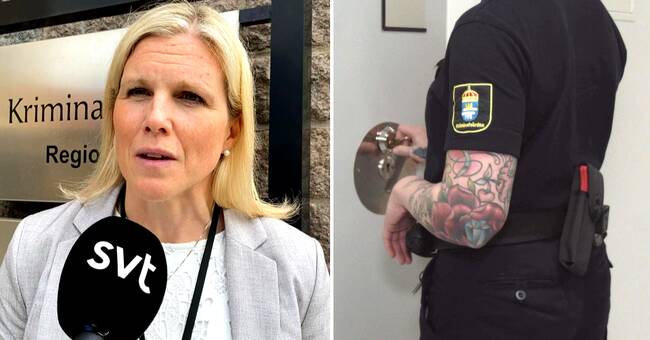 If we include the temporarily arranged places, the occupancy rate drops to just over 101 percent.

But we can do it, even if the situation is very tough, says Stina Sjödin, acting head of the operational coordination at the Swedish Prison and Probation Service.

Can the prisons be full?

- No, we have to solve the task, says Stina Sjödin.

"We need to grow"

Since 2016, the Swedish Prison and Probation Service has struggled with what is described in the agency's reports as an escalating shortage of places in the country's prisons and institutions.

During these years, more criminals have been prosecuted for more serious crimes, which has led to both longer detention periods and imprisonment.

- It is clear that we need to grow and expand.

Both in the short and long term, says Stina Sjödin.

Therefore, in the coming year, temporary buildings - so-called modules - will be established in several institutions.

Hear Stina Sjödin tell more in the video above.