"The degree of hysteria will continue to grow": why the United States announced the reserve funds in case of "encroachments" of Russia in Ukraine

White House spokeswoman Jen Psaki said the United States had prepared a back-up in case of "further Russian encroachment in Ukraine." According to her, Washington will be unwavering in supporting Ukraine's "sovereignty and territorial integrity." Psaki also denied media reports about the curtailment of support for Kiev in the field of security, noting that on the eve of the US-Russian summit, the United States provided Ukraine with a package of assistance, including "lethal", in the amount of $ 150 million. side of Russia ”does not correspond to reality: no one encroaches on the sovereignty of Ukraine, except for the United States itself. 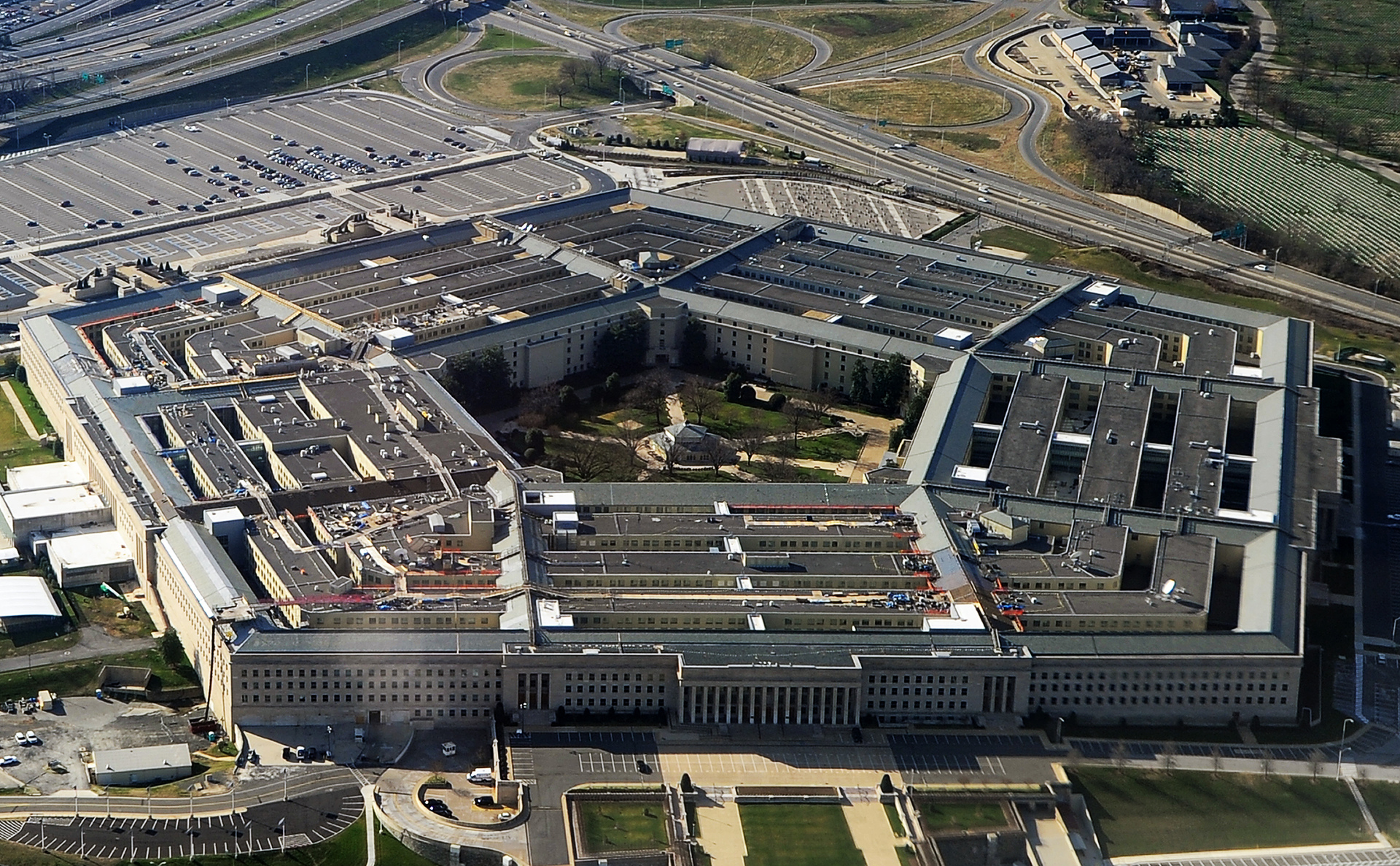 White House spokeswoman Jen Psaki said the US had prepared a back-up in case of "further encroachment by Russia in Ukraine."

“As President Biden told Vladimir Putin bluntly, we will be unwavering in our support for Ukraine's sovereignty and territorial integrity,” she said in a statement posted on the White House website.

Psaki also denied information that appeared in the media about the suspension of assistance to Kiev in the field of security.

“The idea that we are delaying security assistance to Ukraine is simply ridiculous.

Just last week - ahead of the US-Russia summit - we provided a $ 150 million security assistance package, including lethal assistance.

Currently, we have transferred (Ukraine. -

) the entire amount approved by the Congress as part of the relevant initiative, "the White House spokeswoman emphasized.

She also recalled that two days before the meeting with Russian President Joe Biden "spoke in NATO to the whole world" with a statement that Washington will continue to support Ukraine so that it "can continue to resist physical aggression from Russia."

Moscow has repeatedly denied such accusations, emphasizing that it is not a party to the internal Ukrainian conflict and is not interested in an armed clash with Ukraine.

Recall that the clause on the allocation of military aid to Kiev in the amount of $ 250 million was contained in the draft US defense budget for the 2021 fiscal year (National Defense Authorization Act, NDAA), which was approved by the Senate in 2020.

Despite the fact that the 45th US President Donald Trump blocked the adoption of this document, Congress later overcame his veto.

In addition, in April 2021, the US Senate Foreign Relations Committee approved the Security Partnership with Ukraine bill, which increases US military aid to Kiev from $ 250 million to $ 300 million, including lethal weapons.

Earlier, the head of the Pentagon Lloyd Austin, during a joint press conference with the US Secretary of State and NATO Secretary General, said that Washington plans to continue supplying the Ukrainian side with certain types of weapons, as well as sending military instructors.

“We have provided some material support to Ukraine in the past and will strive to do so in the future,” Austin added.

According to political scientist and economist Alexander Dudchak, Psaki's statement about alleged "encroachments by Russia" on Ukraine does not correspond to reality.

“Washington has learned well that the best form of defense is attack, even if no one is threatening. The USA accuses Russia of what they did themselves - they contributed to the coup d'etat in Ukraine. And now they support the war that Kiev is waging in the Donbass. All claims to Russia, voiced by Psaki, the United States could express to themselves. No one encroaches on the sovereignty of the Ukrainian side, except for the United States itself, and is not going to do so. Now Washington is supporting the situation at such a level as to prevent the restoration of any sane government in Ukraine that would act in the interests of its country, "he stressed in an interview with RT.

In turn, Nikita Danyuk, a member of the Public Chamber, First Deputy Director of the Institute for Strategic Studies and Forecasts of the RUDN University, drew attention to the fact that Psaki's statement was published on the White House website after the leaders of Russia and the United States “casually mentioned Ukraine at the Geneva meeting, agreeing on the continuation of the dialogue regarding the Minsk agreements ”.

“Judging by the fact that little attention was paid to the Ukrainian issue at the meeting between Biden and Putin, it is not a priority in the US foreign policy,” Danyuk said.

Let us remind you that during a press conference following the talks with Joe Biden, Vladimir Putin said that the topic of Ukraine was touched upon, although not in great detail.

“But as far as I understand President Biden, he agrees that the Minsk agreements should be the basis for the settlement in southeastern Ukraine,” Putin said.

The head of the White House, in turn, told reporters that he and the Russian president "agreed to continue to conduct a diplomatic dialogue regarding the Minsk agreements."

As Danyuk believes, making statements about assistance to the Ukrainian authorities and the preparation of reserve funds, Washington "wants to somehow calm Kiev" after it became clear that no one was going to provide direct military support to Ukraine, as well as to include it in NATO.

“Kiev is now not just disappointed, but truly confused and trampled on, because it really hoped that Biden would pay more attention to the Ukrainian issue.

Instead, only ritual statements are heard from the US President, in which, in particular, there is no firm conviction that Ukraine will become part of NATO.

The Ukrainian question has ceased to be of interest to Washington, since the country has already given its subjectivity to its older comrades.

And Kiev is already unable to sell this product a second time, ”the analyst noted.

According to Danyuk, a situation has developed in which Washington "is actually using Ukraine as a battering ram against Russia without providing any new guarantees to Kiev."

“After all, offering preferences to the Ukrainian side is not at all necessary, since it already depends on American partners as much as possible,” the expert said.

We will remind, the United States and the North Atlantic Alliance said that in order to join NATO, Ukraine needs to do more in the field of reforms. The bloc's general secretary, Jens Stoltenberg, told the Washington group of military observers that it was, in particular, about the fight against corruption. The Pentagon previously explained that Kiev should, among other things, adopt legislation "which will clearly delineate the responsibilities of the Ministry of Defense and the Armed Forces of Ukraine," as well as introduce control over foreign direct investment, "based on the interests of national security."

In addition, the joint communique adopted by the bloc members following the June summit does not indicate any exact dates or details that would indicate the country's imminent entry into NATO.

But the document contains a provision stating that Kiev "should make full use of all the tools available within the NATO-Ukraine commission to achieve its goal of implementing the principles and standards" of the alliance.

Analysts agree that the very fact of Washington's military assistance to Ukraine "only aggravates the situation in the southeast of the country."

“The United States both morally and financially supports the internal Ukrainian conflict.

Washington's political position on this issue allows the Ukrainian authorities to say that the United States is supposedly behind their backs.

At the same time, the United States itself is not ready to directly get involved in the conflict, ”Dudchak said.

In turn, Nikita Danyuk believes that the relatively small money that is allocated to Kiev for military needs either does not reach the Ukrainian Armed Forces at all, "or is plundered already within the defense department."

“However, Washington does not care.

Their measures to provide "assistance" are a kind of PR move, allowing to say that the United States supports Ukraine on the way to Euro-Atlantic solidarity, not only in words, "the expert said.

At the same time, "the degree of further hysteria about the notorious" invasion "of Russia into Ukraine by the United States will only grow," Danyuk predicts.

“This story was promoted long ago and should be regularly updated in the American information space, since the Pentagon somehow needs to knock money out of the budget. It is no coincidence that the topic of Russia's hypothetical "invasion" of European territory through Ukraine is one of the main topics at meetings related to Western military-political security. For the United States, to stop this escalation of the situation means to shoot itself in the foot, ”the analyst concluded.