"A chance for a normal life": parents who donated organs to their children - about donation and self-sacrifice

Tatiana Pogorelova from Dmitrov and Olga Krylova from Donetsk gave life to their children twice: the first time, when they gave birth to them, and the second time, when they donated organs for transplantation. Women are sure that any parent would do this. RT spoke with donors about how they accepted the news about the need for transplantation, what changed after the operation. 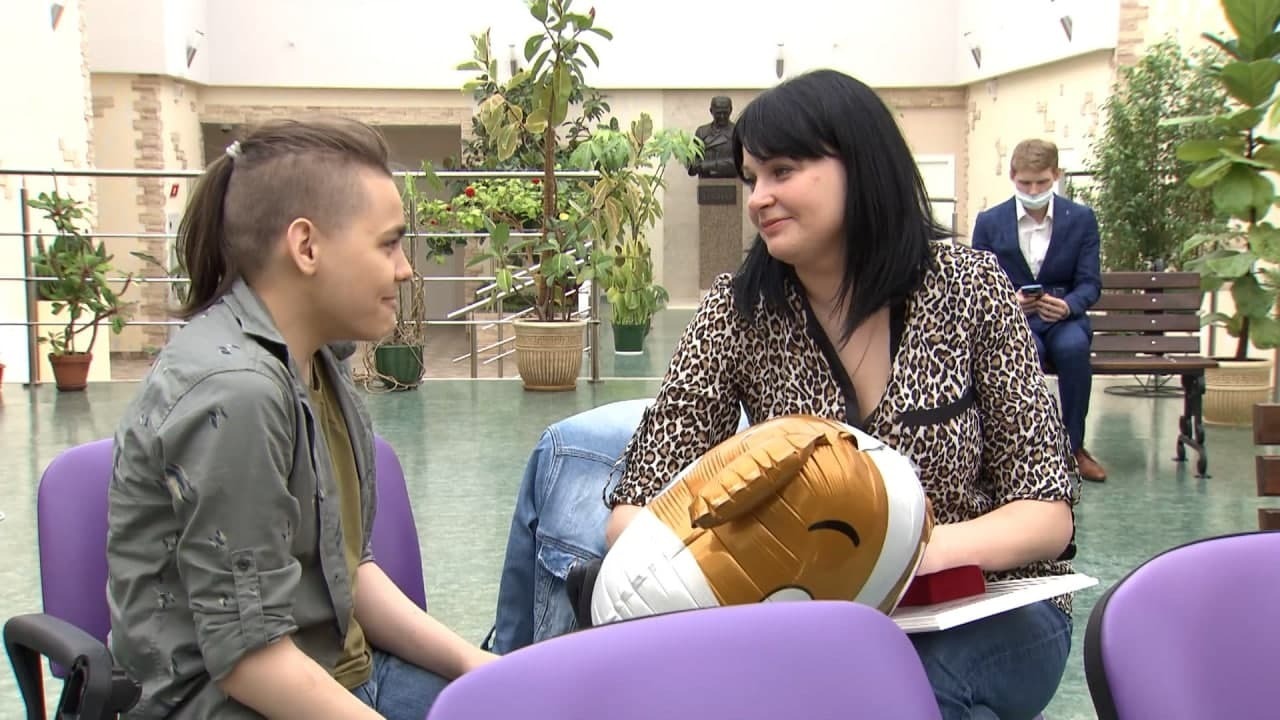 The spacious hall on the top floor is very bright, despite the fact that the sky is overcast. Summer rain comfortably knocks on the glass roof, echoed by the murmur of a fountain hidden between luxurious potted plants. The laconic modern setting is enlivened by colored spots: purple chairs, bouquets of red roses and bright balloons in the hands of children. Guys, from babies to adolescents, seem to feel as at ease as possible: they play, run around the hall and have fun in every possible way. Their parents are more like graduates of a very friendly class who have not seen each other for a long time and missed each other very much.

In the center of transplantation named after academician V.I.

Everyone has a different story, but one thing unites them - all these children were given a chance for a second life by their relatives, who agreed to become donors.

On June 10, the chief freelance transplant specialist of the Ministry of Health of the Russian Federation Sergei Gauthier and the child rights ombudsman Anna Kuznetsova awarded families whose members donated an organ or part of it to save a relative.

“Today, many awards of various levels have been established for saving a person's life, depending on the complexity of the situation.

But no awards have been established for parents for self-sacrifice, for giving all of themselves, part of themselves to their children, ”said the children's ombudsman.

According to the Shumakov Center, the leading institution in the field of transplantation in our country, in Russia in 2020, 1,969 transplants were carried out for adults and children.

The pandemic affected the number of operations, but not much: in 2019, 2,427 transplants were performed in the country.

In 2020, 577 transplants were carried out directly in the center of Shumakov, of which 173 were for children.

In particular, here they made related organ transplants from mothers to 15-year-old Alexei Pogorelov from Dmitrov near Moscow and nine-month-old Gordey Krylov from Donetsk.

RT talked to their mothers about what it means for them to give a part of themselves to a child.

This is not a

For a year now, Aleksey Pogorelov and his 33-year-old mother Tatyana have been visiting the Shumakov center once a month.

During this time, doctors and parents of other patients have become almost native people for them.

It is so accepted that parents who have already undergone organ transplants support those who are just about to.

When Tatyana Pogorelova was at an early stage of pregnancy, the doctors reported that the embryo had one kidney: "She will live, but with big problems."

When Lesha was born, the absence of the right kidney was confirmed.

In addition, doctors discovered an anomaly of the left kidney.

Until the age of 14, the boy underwent operations almost every year, which were supposed to maintain the kidney in a relatively normal state and eliminate concomitant diseases. However, in September 2019, during a regular examination at the hospital, Tatyana was told that it was no longer possible to maintain Lyosha's only kidney and were offered two options: hemodialysis for life or a related transplant at the Moscow Transplant Center named after I. Shumakov.

“When I found out about the transplant, I didn’t feel anything, because after 14 years of my son’s countless operations, I was already ready for anything.

Moreover, without a transplant, the tests were bad and the kidney practically ceased to function.

Every month his temperature rose 39-40 degrees and had to take antibiotics a lot.

They offered hemodialysis, but my mother had already done it, and I knew how difficult and painful it was.

Therefore, it was decided to transplant my healthy kidney to Lyosha, ”says Tatiana Pogorelova.

“There was no fear that my kidney would not fit,” Tatyana recalls.

- The only thing, I was afraid of the operation itself, that something would go wrong.

There was strong support from doctors and parents who have already undergone both surgery and recovery. "

Tatiana got to her feet the very next day after the operation.

Recovery was more difficult for Alexei, but now his life has changed globally.

He can go to school, hang out with friends and live like a normal teenager, except for the need to diet and take medications.

“And only one thing has changed for me,” the woman says.

- Now, instead of seven cups of coffee, I drink only one.

Otherwise, I feel good, I do not take any medications, I do not follow a diet.

I am happy that my son had a chance for a normal life, and I was able to help him.

Being a donor is not at all scary.

I don’t think I have done a heroic act, any mother would have done it. ”

Tatyana had to go through another terrible episode.

Three years ago, when she was pregnant with her second child, an ultrasound scan showed that the embryo had an enlarged pelvis of one of the kidneys: “After that I had hysterics.

Having experienced this with Lesha, I was terribly afraid of repetition.

But nothing happened, my youngest son Dima is healthy. "

“It makes me happy when you see the result.

For example, a child with end-stage chronic kidney disease, even if he receives substitution therapy, suffers greatly from his state of health, and he himself does not understand this, since there is nothing to compare with.

And when, a few days after the operation, the pain syndrome disappears and the children say that they feel better, it ignites, ”says the children's nephrologist Evgenia Kulikova.

Olga Krylova from Donetsk got pregnant at 38 years old.

Everything proceeded easily and without deviation.

Gordey was born in September 2020.

At first, the baby had jaundice, like many newborns, but after discharge the condition did not improve, although blood tests and ultrasound were normal.

In the second month of his life, he underwent a second examination, in which doctors discovered the absence of a gallbladder.

“At that moment, the ground slipped from under our feet.

We didn’t believe until recently that this could happen to us.

They seemed to live like an ordinary family, I have always led a healthy lifestyle and played sports, ”Olga recalls.

The family moved from Donetsk to the Rostov region, received Russian citizenship, the Doctor Liza Foundation helped them quickly.

The child was transported to St. Petersburg, where in October 2020 the boy was diagnosed with cirrhosis of the liver due to a congenital malformation of the biliary tract.

Doctors said that the child needs a related liver transplant, there are simply no other methods of treatment.

“Imagine that you find out: your child will be different from others, he needs an organ transplant.

Naturally, it was a shock and many questions arose.

I was especially worried about how long he could live with a transplanted liver, and whether I would be suitable as a donor.

Then I calmed down, because he was given the opportunity to live, and some children simply do not have such a chance, ”explains Olga.

As the woman recalls, she wanted everything to happen as soon as possible, because Gordey began to eat worse, was capricious and showed even more symptoms of jaundice: “It was difficult to be in the hospital alone, without relatives, I wanted support not only by phone, but also in person.

It was not easy in the new city, I still miss Donetsk, where my parents and grandmother stayed.

It was comforting that I was in good hands, I trusted doctors even more than 100%. ”

On April 30, 2021, Gordey was admitted to the Shumakov center, and on May 5, the eight-month-old baby underwent liver transplantation from his mother.

The operation was planned, went without complications and lasted six hours, this is the minimum time for such a transplant.

After liver transplantation, babies usually cannot be fed for a certain period, and it is allowed to give water only on the fourth day and no more than 30 ml.

“After the transplant, I feel that I not only gave birth to a child, but also gave him the opportunity to live a second time.

It's good that I, as a donor, came up to Gordey.