Hookup+ | Why did Xi Jinping walk into this newly completed pavilion on the eve of July 1st? 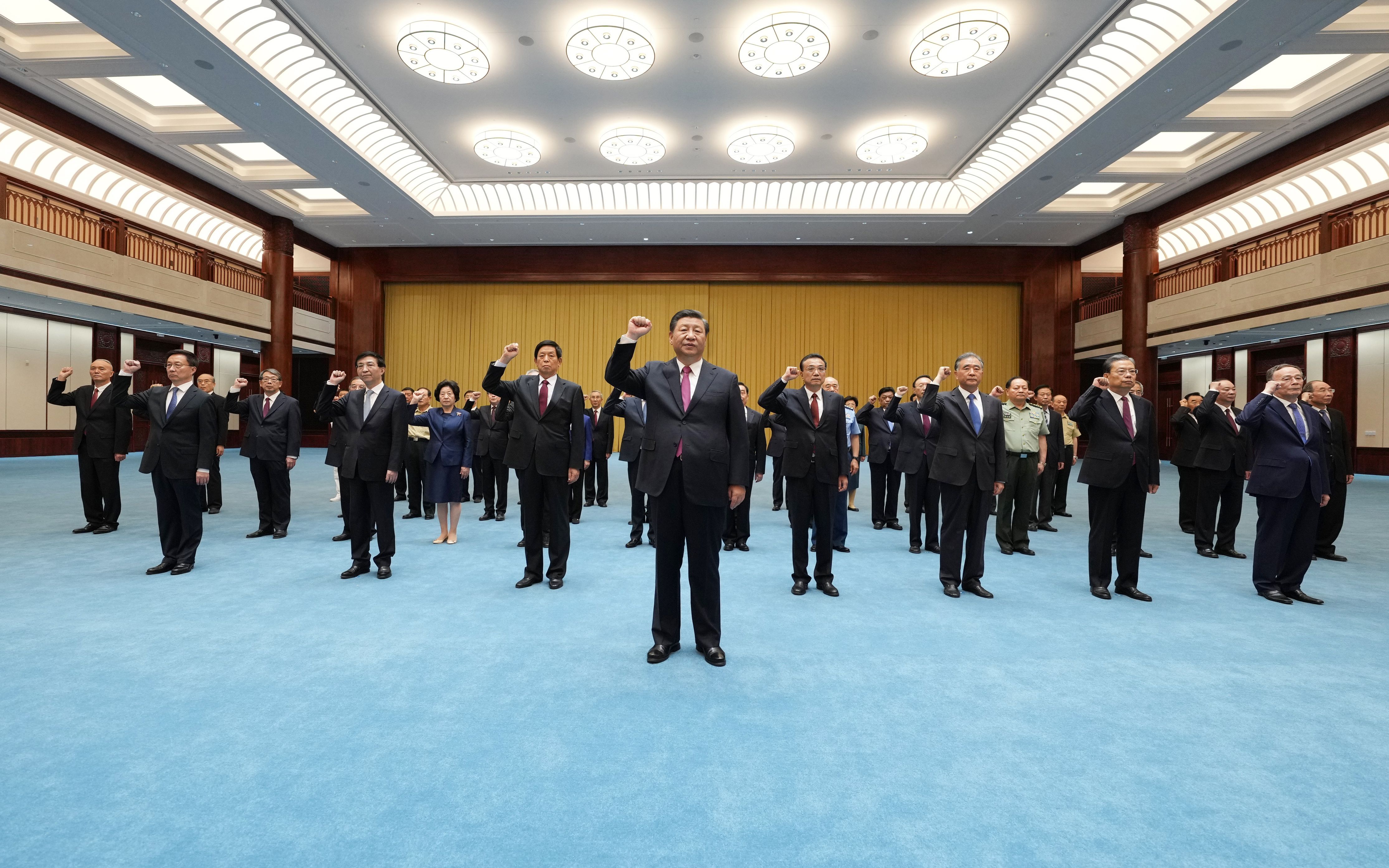 After the visit, the leading comrades of Xi Jinping and party members came to the Red Hall of the Party History Exhibition Hall.

Facing the bright red flag of the Communist Party of China, Xi Jinping raised his right fist and led the leading comrades to revisit the oath of joining the party, a sonorous and powerful oath resounding throughout the hall.

In this event, what important statements did the general secretary make?

Where is the exhibition held?

What are the characteristics?

CCTV Network’s "Liancasting+" has been specially sorted out, and we will get to know it with you.

Xi Jinping: The history of the party is the most vivid and convincing textbook

Looking back on the past road of struggle and looking at the road ahead, we must learn and summarize the party’s history well, pass on and carry forward the party’s valuable experience, remember the struggle history, assume the historical mission, and learn from the party’s struggle history. Forward strength.

It is necessary to educate and guide the broad masses of party members and cadres to learn through visits, more consciously not forget their original aspirations, keep in mind their mission, strengthen the "four consciousnesses", strengthen the "four confidences", and always maintain a high degree of ideological and political action with the Party Central Committee. Firm ideals and beliefs, learn and use the party’s innovative theories, continue the red blood, carry forward the glorious tradition, play a pioneering role, unite and lead the people of all ethnic groups across the country, better base on the new development stage, implement the new development concept, and build a new development pattern , To do a good job in reform, development and stability in an all-round way, to assemble the majestic forces to build a modern socialist country in an all-round way and realize the Chinese dream of the great rejuvenation of the Chinese nation.

"Don't Forget the Original Heart, Keep the Mission in Mind" Exhibition of the Chinese Communist Party

"Don't forget your original heart, keep your mission in mind"

○Practice reform and opening up, create and develop socialism with Chinese characteristics

For example: the imposing lacquer painting on the theme of the Great Wall, the fourth notebook manuscript of Marx's "Brussels Notes", the restoration scene of a conference site, the creation of a revolutionary base exhibition board, the restoration landscape of the Zunyi Conference, the party's seven ballot boxes, images of the founding ceremony, anti-US aid to Korea Weapons used in the war, "emancipate the mind, seek truth from facts, and look forward in solidarity" speech outline, the establishment of special economic zones pictures, poverty alleviation data charts, Huoshenshan Leishenshan Hospital model...

○It is the first time to show the magnificent century-long history of the Communist Party of China in an all-round, full-process, panoramic and epic way