Euro: eighth goal for France and Portugal, before the reunion - France 24

Euro: eighth goal for France and Portugal, before reunion Budapest (AFP) Under the heat of Budapest, France challenges Hungary and its fervent supporters on Saturday (3 p.m.), hoping to validate its ticket for the eighth of the Euro, a goal shared with its future Portuguese opponent who, in Munich (6 p.m.), can place the Germany in great danger. The reunion between Karim Benzema and his ex-Real Madrid teammate Cristiano Ronaldo, scheduled for Wednesday 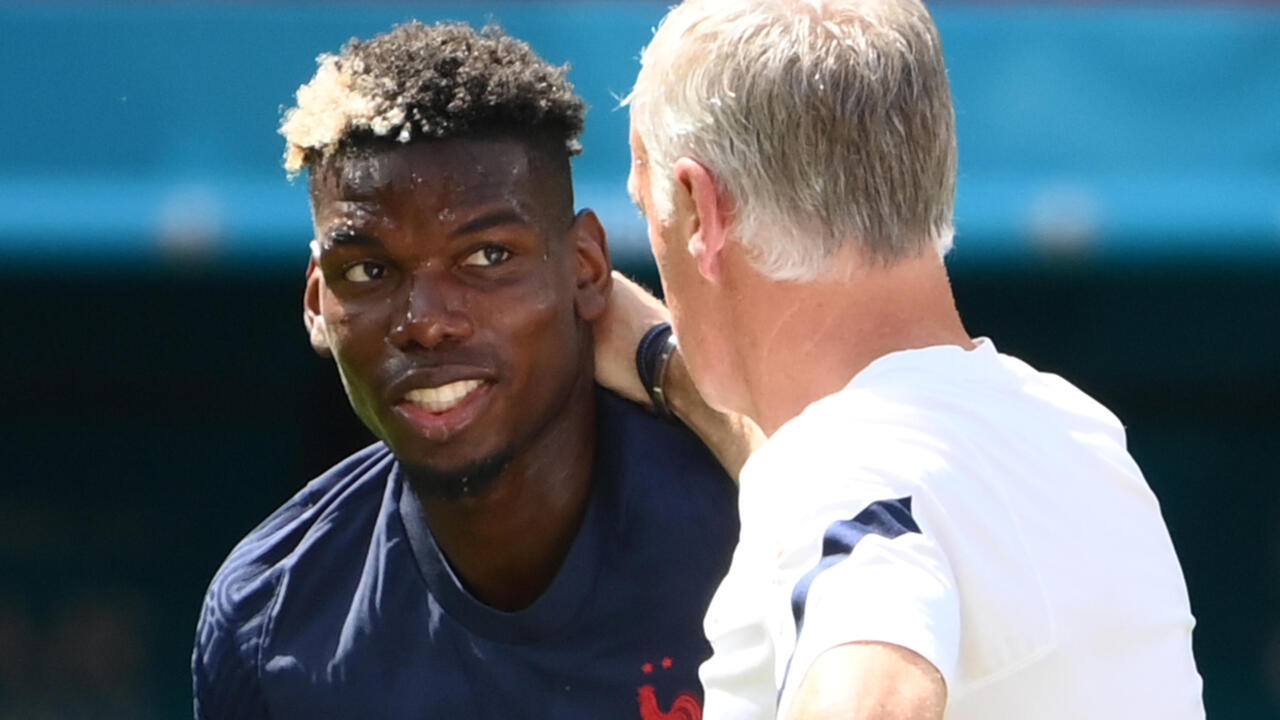 Under the heat of Budapest, France challenges Hungary and its fervent supporters on Saturday (3 p.m.), hoping to validate its ticket for the eighth of the Euro, a goal shared with its future Portuguese opponent who, in Munich (6 p.m.), can place the Germany in great danger.

The reunion between Karim Benzema and his ex-Real Madrid teammate Cristiano Ronaldo, scheduled for Wednesday evening in Hungary, will be lighter if the world champions and European champions have already qualified for the final round.

For the Portuguese and the French, this means a second consecutive victory on Saturday in Pool F, considered the "group of death": on the first day, while the Seleçao defeated Hungary (3-0 ), the Blues struck a blow at the Allianz Arena in Munich against the Mannschaft, firmly discarded (1-0).

Saturday (3:00 p.m.) in the Puskas-Arena, the only Euro enclosure filled to 100%, the data will nevertheless change compared to the first match.

The adversity promises to be less tough against the 37th nation in the world, but it will be necessary to tame the more than 30 degrees of the Hungarian afternoon and to ignore a hostile and noisy public, with up to 60,500 spectators announced in Euro format, of which several thousand will be ultras of the vehement Carpathian Brigade '09.

Hungary "is a united, well-organized team which will play in front of its home crowd, which will give it a little more energy in the important moments", predicted captain Hugo Lloris.

For the Habs, used to the kick-offs scheduled at 9:00 p.m. and to the training sessions in the early evening since the start of preparation, at the end of May, the adaptation to the "Magyar cauldron" will be crucial.

The offensive animation, especially, must give its full measure, after an entry in the running placed under the sign of the iron defense.

Kylian Mbappé dreams of registering his name on the list of Euro scorers before finding the historic leader of this ranking, his idol Ronaldo (11 goals in 5 participations, current series).

Benzema, returned for the Euro from a five-year and seven-month sideline, would undoubtedly be more appeased after having found the net.

And Antoine Griezmann, chief tackler in Munich, would see himself resuming his leader and scorer's clothes in the Hungarian capital.

- Mannschaft back to the wall -

The setting, in any case, is conducive to uninhibited celebrations, in a brand new stadium inaugurated in 2019 to the east of the capital, an infrastructure born from the building fever of sovereignist Prime Minister Viktor Orban.

For the coach Didier Deschamps, the reflection will be based mainly on a dilemma: keep the same starting XI as against Germany, even if it means wearing down his typical team?

Or give rest to certain executives, at the risk of leaving a few gaps in the group's Petit Poucet?

"I'm not preparing for the second match thinking about the third," replied Deschamps, aware that Corentin Tolisso, Ousmane Dembélé, Lucas Digne or even Jules Koundé are ready to do battle if necessary.

At the Allianz Arena in Munich (6:00 p.m.), there will be no room for the slightest minute of rest: the second shock of Group F opposes Germany to Portugal and the stakes are high.

The European champions, led by a "CR7" (36) in great shape since his double in Budapest, can gain strength by winning their qualification before returning to France.

Germany are already back to the wall as a second defeat would force Joachim Löw's men to beat Hungary on the final day, hoping that this is enough to finish in the top four third in a group.

The Seleçao will not hesitate to condemn the Mannschaft to this catastrophic scenario, but "we must keep our feet on the ground", said defender Ruben Dias, who expects "new difficulties" against another "candidate" for European title.

As for Spain, which receives Poland in the evening in Seville (9:00 p.m.), it must finally score after its sterile domination against Sweden (0-0) if it wants to get closer to the eighth.

This football super-Saturday, with its stars galore and its burning issues, promises to be very hot in any case!