Microscope .. "Emirates Education" links the reports of the 12 students to the delivery of the "laptop"

The Emirates Foundation for School Education recently called on twelfth grade students to hand over their laptops, which they received from school administrations, before the end of the current academic year exams dates, so that they can obtain the reports for each student, explaining a procedure 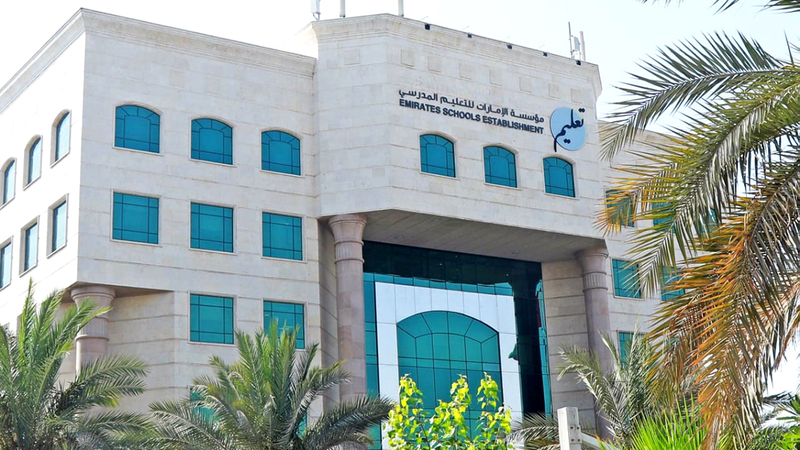 Except for those who are going to take remedial exams

Microscope .. "Emirates Education" links the reports of the 12 students to the delivery of the "laptop"

Emirates Education has set the procedures for receiving computers from students.

The Emirates Foundation for School Education recently called on twelfth grade students to hand over their laptop computers, which they received from school administrations, before the dates of the exams at the end of the current academic year, so that they can obtain the reports for each student, explaining the procedures for handing over students. (from different educational paths) Computers.

Students began handing in laptops on the last day of the exams, the day before yesterday, with the exception of students who have a make-up exam, who will hand over the laptops on June 24, and repeat students on July 8.

Emirates Education has set a number of procedures that school administrations will implement to ensure that computers are received in the necessary manner, including notifying students of the need to remove their files from their computers, and printing students’ data, including the name, student number, phone number, and school name on a sticker card. and put it on the computers of the twelfth students

The procedures included not receiving computers for twelfth grade students who were absent from exams with an excuse or faced technical problems during the exam period, and who were counted during the previous period. .

It also lifts the ban on students who surrender their computers through the authority granted to the school principal.

As for students who have a make-up exam from June 20 to 24, their computers and accessories will be received after the end of the exam on Thursday, 24 June.

The school administration handed over the receipt of the student's computer containing his data, and it was approved by the school for the students who had taken the compensatory exam and handed over their computers, in addition to lifting the ban on them.

She indicated that the school administration will submit a list of the data of students who handed over the devices to the administration of the educational council, to be sent to the information technology department.

After the results are announced, and the students who have a re-exam are identified, the school administration communicates with the students and returns their computers before the re-exams start date.

On the other hand, the make-up exams will start next Sunday for students in grades four to twelve in public and private schools, which will be performed by students who are absent with an excuse from the end of the third semester exams, and who faced technical malfunctions while taking the exams themselves, while the twelfth grade students concluded Final exams, the day before yesterday, in health sciences for the general and advanced tracks, and biology for the elite track.

The exam is applied to students from the fourth to the eleventh electronically from home, provided that it is in attendance in schools for the twelfth students, provided that the tests are limited to the subjects of group (A).

On the first day, the twelfth students will take the make-up exams in mathematics and social studies, at an hour and a half for each subject, provided that the exam begins at nine in the morning and ends at twelve thirty. Elite students Arabic language exam.

On June 22, students will be tested in physics and Islamic education, then English on June 23, chemistry on June 24, and chemistry or biology for general students.

• Students in the 12th grade handed in laptops on the last day of exams.