In the aftermath of the spectacular search of the editorial staff of the pro-democratic Apple Daily, two people were indicted on Friday under the new national security law ... 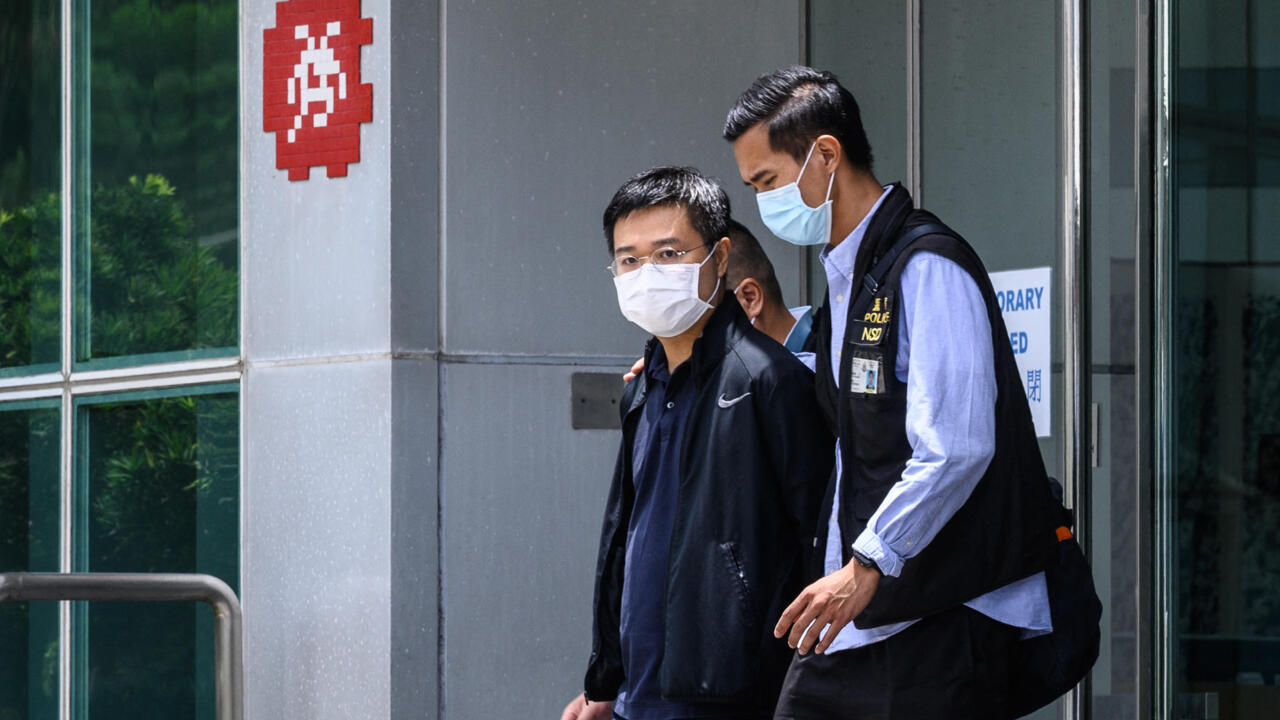 Two officials of the pro-democracy Hong Kong newspaper Apple Daily were indicted on Friday, June 18, under the national security law, the day after the spectacular search of this newspaper critical of Beijing.

The police announced, in a brief statement, the indictment of two people aged 47 and 59 for "collusion with a foreign country or with external elements with a view to endangering national security".

A total of five newspaper executives belonging to magnate Jimmy Lai - currently in prison - were arrested Thursday when half a thousand police officers searched the newsroom.

Police said the three others still in custody were still being questioned and would be presented to a judge on Saturday morning.

For its part, the editorial staff worked all night, under the eyes of many journalists from other media, to allow the daily created in 1995 to appear on Friday.

The editor-in-chief decided on a sober one presenting the faces of the five people arrested with a purely informative line: "The national security police raided the Apple, arrested five people, seized 44 hard drives of the editorial staff".

Underneath, in very large yellow letters, it read "We must continue," the phrase Mr. Cheung said to his employees when he was taken away in handcuffs by the police.