The 23-year-old man who is suspected of stabbing a man in a small town in the Matfors area and then during a car chase through Hälsingland drove into a police car was charged on Friday. 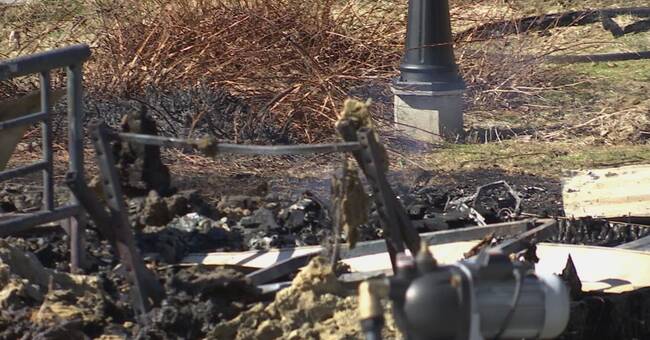 It was one night at the end of April that police were alerted to the small town outside Matfors.

The police patrol found a seriously injured middle-aged man who had been stabbed in the abdomen.

The perpetrator had left the scene.

Drove in a police car

According to the indictment that has now been submitted to Sundsvall District Court, it turned out that he and a female acquaintance disappeared in the victim's car after he vandalized the victim's house and set fire to another.

The car was wanted and at three o'clock it was sighted by a police patrol in Delsbo in northern Hälsingland.

They started the hunt but in Friggesund, Bjuråker, the drug-affected and driverless man backed at high speed into the police car that stopped them, and managed to dodge again.

After a long car chase, the police pulled the car off the road at the height of Hennan in Ljusdal and they could both be arrested.

The 23-year-old is already known to the police after his involvement in the fatal beating of a young man in Skönsmon in the autumn of 2019. He is now being prosecuted for no less than nine new crimes.

Partly attempted murder, aggravated vandalism and car theft after the attack on the man in Matfors. Then drunk driving, minor drug offenses, gross negligence in traffic, illegal driving, attempted aggravated assault on an official and aggravated sabotage against blue light activities after the violent car chase.