Steve case: the young man fell in the Loire at the time of the police intervention

Steve Maia Caniço, a young man who died in Nantes in 2019 during the music festival fell in the Loire "during the intervention of the national police" came to disperse the gathering… 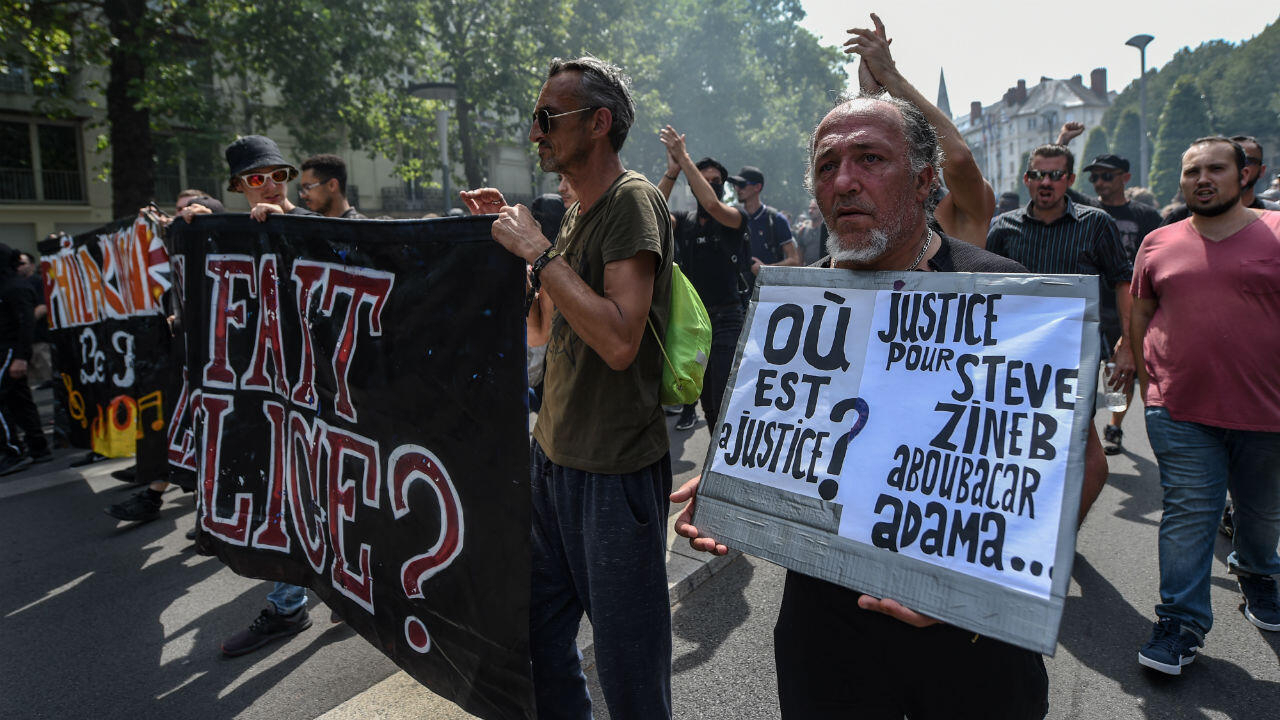 Two years after his tragic death in Nantes during the Fête de la Musique, the investigation established that Steve Maia Caniço had fallen into the Loire "at the time of the intervention of the police" to disperse the gathering at which the young man participated, announced Thursday, June 17, the parquet floor of Rennes.

The analysis of the readings of his telephone "made it possible to locate the moment of the fall of Mr. Maia Caniço in the Loire at 4 hours and 33 minutes, that is to say in the time of the intervention of the national police" on the quai Wilson where the evening took place, said Philippe Astruc, the prosecutor of the Republic of Rennes where the case was disoriented.

"The investigating magistrate sent this week various summons for the month of July, which may lead to an indictment or placement under the status of assisted witness, to six natural persons and two legal persons", indicates Philippe Astruc.

>> To read: Death of Steve Maia Caniço: 148 witnesses tell of the police intervention

These are in particular the "departmental director of public security of Loire-Atlantique by interim" and the "divisional commissioner in charge of the device on the Quai Wilson at the time of the facts".

The town hall of Nantes and Nantes Métropole are also convened as legal persons.

"The phase of collecting the testimonies and technical elements allowing to have a precise vision of the unfolding of the events of June 22 and the modalities of preparation of the festival of the music is at this stage generally completed". On the basis of these elements, now opens "the phase of analysis of criminal responsibilities that may or may not be retained under the qualification of manslaughter". The July convocations fall within this framework.

"The precise geolocation of Mr. Maia Caniço on the Quai Wilson at the time of his fall in the Loire could not (...) be technically established. The testimonies collected however allow us to locate him in the zone without barriers concerned by four other falls concomitant with the intervention of the police ", specifies Philippe Astruc.

>> To read: In Nantes, a day of tribute to Steve full of incidents

"Steve Maia Caniço's family is deeply relieved that this case leads to a possible indictment (s) (...) and the causal link can therefore be made between the police intervention and the fatal fall of Steve Maia Caniço ", reacted the lawyer of the family, Me Cécile de Oliveira.

According to her, "the family is quite flabbergasted by the fact that the IGPN report (...) on the basis of which the Prime Minister had communicated (...) to say that there was no link between the police intervention and the fall of Steve Maia Caniço in the Loire, is an erroneous report ".

The mayor of Nantes, Johanna Rolland, assured in a statement that she would respond "with diligence" to questions of justice, stressing "the absolute need for all light to be shed on this tragedy".

Steve Maia Caniço, a 24-year-old extracurricular animator, went to an electro evening on the banks of the Loire on the night of June 21 to 22, 2019. His body was found drowned in the river more than a month later.

His disappearance had triggered great emotion in the city where demonstrators demanded "Justice for Steve", deeming the police intervention disproportionate.

In total, three judicial inquiries "against X" are being investigated in Rennes in this case.

One for "manslaughter" concerning the death of Steve, the other for "endangering the life of others", concerning the police intervention, and the third for violence on "person depositary of the public authority "with regard to the attack on the police.