Money... the secret of the success of China's soft power in the United States

He notes that the "most interesting" aspect of the relationship between the United States and China is that, at times, America's ruling class and elites seem to help celebrate China's rise. Gonzalez, 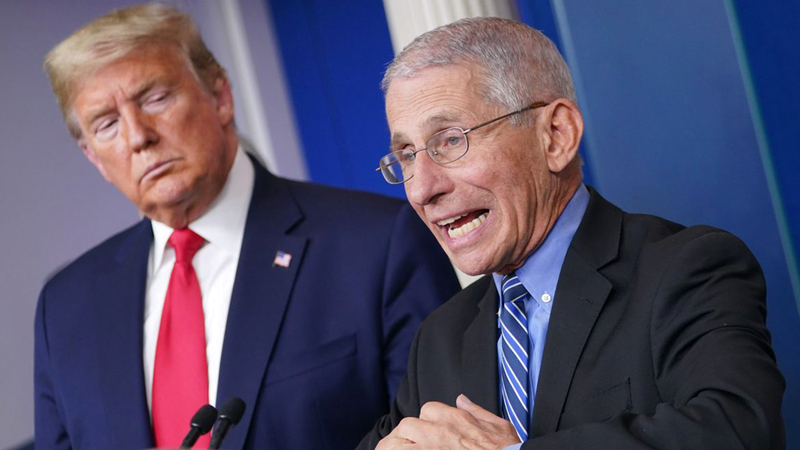 Money... the secret of the success of China's soft power in the United States

He notes that the "most interesting" aspect of the relationship between the United States and China is that, at times, America's ruling class and elites seem to help celebrate China's rise.

This trend is the focus of an analysis by journalist Pedro L.

Gonzalez, assistant editor-in-chief of the "American Gritness" news website, and it was published by the American "National Interest" magazine.

Gonzalez initially referred to a video clip, published by the Chinese social networking site Weibo, in which the famous American actor and professional wrestler, John Cena, appears, saying: “I am really sorry.

You must understand that I love and respect China.”

The massive wrestler made a mistake when referring to Taiwan as a country in a promotional interview that transformed him from a six-foot-tall, 250-pound man into an apologetic kitten.

John Cena thus joined a long line of brilliant American stars, who did not take into account sensitive issues about China, including Daryl Morey, who was the general manager of the Houston Rockets basketball team, when he tweeted on the social networking site "Twitter", and expressed his support For the protests for democracy in Hong Kong in 2019.

The China Basketball Association suspended relations with the Houston Rockets over Murray's "inappropriate statements", and the Shanghai Pudong Development Bank withdrew its support for the US team.

By October of 2019, rumors circulated that Beijing had called for Mori's removal.

China flexed its muscles over the course of several months, expressing its displeasure with Morey.

A year later, in October of 2020, Morey announced his resignation, which was warmly welcomed in China.

And business relationships between Hollywood and America's sports teams and corporations increasingly put a wide and growing range of interests under the control of China, Gonzalez said, and says that this fundamentally colonial project comes with censorship that stifles even any kind of simple criticism of Beijing.

In the author's opinion, it seems that the US government supports this censorship.

Finally, data collected by independent researchers revealed that the Wuhan Institute for Virus Research in China, which is at the heart of the issue of the origin and spread of the emerging corona virus, received federal grants from the American non-profit EcoHealth Alliance, which is concerned with protecting humans, animals and the environment against diseases. contagious

And the British newspaper “Daily Mail” reported that “the American non-profit organization, which was established to research new diseases, also provided partial funding for the (gain-of-function research) experiments of great concern and controversy, in which dangerous viruses are transformed to become more infectious in order to effect on human cells.

The EcoHealth Alliance has received about $123 million from the US federal government.

The US Department of Defense (the Pentagon) alone has provided $39 million to the organization since 2013. It is not clear how much of that amount ended up in the Wuhan Institute.

Nevertheless, the researchers noted that between 2017 and 2020, grants from the “Pentagon” included 6 million 491 thousand and 25 dollars, specifically from the Defense Threat Reduction Agency, under the description: “Understanding the risks of the emergence of zoonotic diseases transmitted by bats in the west Asia".

Even after “gain-a-job boom research” was banned in 2014 — ironically, over fears it could mistakenly trigger a pandemic — the EcoHealth Alliance continued to provide funding through loopholes.

It appears that the head of the EcoHealth Alliance, Peter Daszak, has led a fierce campaign to silence claims about the theory that the emerging coronavirus leaked from a laboratory in Wuhan.

Last February, Daszak published a letter in the well-known medical journal, The Lancet, after persuading more than 20 scientists to sign it, effectively increasing the professional cost of suggesting a “Corona” leak from the Wuhan laboratory, and more than Dasack praise China's efforts to contain the epidemic.

Finally, Daszak joined a team of researchers tasked by the World Health Organization to determine the origin of the virus.

Jimmy Metzl, who was a high-ranking official in the administration of former US President Bill Clinton, told the Daily Mail that Daszak's appointment to the WHO team constituted a "huge and shameful conflict of interest."

Metzel explained that the global organization, which is closely linked to China, enabled a man with financial and reputational interests to undermine the credibility of theories about the leakage of the Corona virus from the Wuhan laboratory.

The Pentagon was not the only one sending money to China. The researchers noted that the EcoHealth Alliance received $7.64 million from the US Agency for International Development, and $13 million from the US Department of Health and Human Services, which includes the National Institutes of Health, the Centers for Disease Control and Prevention. American Center for Disease Control and Prevention.

It also appeared recently that economic advisers were able to keep former US President Donald Trump away from confronting the prominent American infectious disease expert, Anthony Fauci, over funding the Wuhan Institute for Virus Research.

But top US advisers, including Trump's chief economic adviser, Larry Kudlow, have struggled against the idea of ​​confronting Fauci and calling for China to be held accountable.

As with Hollywood and the NBA, Chinese Communist Party money played a role.

Moreover, the famous journalist, Sherry Markson, who won a number of awards, revealed that the intelligence services had resorted to the advice of Daszak, in their efforts to determine the nature and origin of the Corona virus, and to other interested parties, and the Office of the Director of National Intelligence published a statement stating that it was not possible to Corona virus has been created.

It appeared recently that economic advisers were able to keep former US President Donald Trump away from confronting the prominent American infectious disease expert, Anthony Fauci, over funding the Wuhan Institute for Virus Research.

and the US Centers for Disease Control and Prevention.