A wanted man has been arrested after 12-year-old Adriana was shot to death in Botkyrka, Aftonbladet reports. The man is suspected of a serious gun crime. - He was found in a routine check, says Lukas Molander at the police, to Aftonbladet. 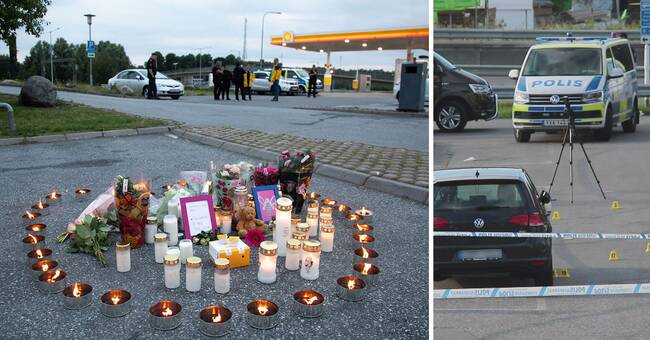 A 12-year-old girl was shot dead at a petrol station in Botkyrka on 2 August.

According to information, the attack was about a drug conflict in the Botkyrka network, but the girl was shot by mistake.

The target was people in bulletproof vests, according to information to SVT News.

The murder was noticed and several residents in the area have said that they want to move away from Botkyrka.

Earlier, two people were arrested in the murder case.

Aftonbladet now reports that a wanted man has been arrested after the shooting.

He is suspected of a felony.

- He was found in a routine check, says Lukas Molander at the police, to Aftonbladet.