Lebanon..a comprehensive strike and blocking roads to demand a "salvation" government and an international conference to support the army

Today, Thursday, Lebanon witnessed a strike; To protest against the deteriorating economic and social conditions in the country, while the French capital, Paris, is hosting an international conference to support the Lebanese army. 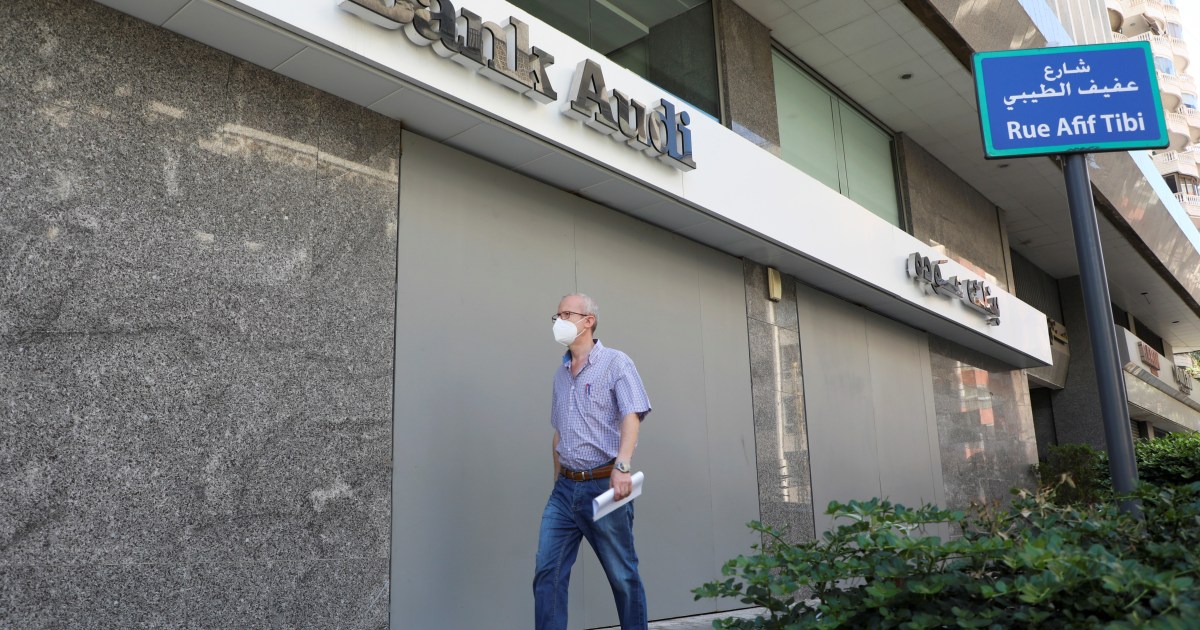 To protest against the deteriorating economic and social conditions in the country, while the French capital, Paris, is hosting an international conference to support the Lebanese army.

Government institutions, departments and banks closed their doors, at a time when the country witnessed symbolic sit-ins in some areas, and protesters partially closed streets in a number of areas, before the security forces reopened them.

The Lebanese official news agency reported that young men blocked the southern entrance to the capital, Beirut, with burning tires;

This led to great crowding, and protesters blocked many roads in Tripoli (North) and Bekaa (West) with obstacles and cars.

These moves came in response to the call of the General Labor Union, and amid the support and participation of various parties, to demand the speedy formation of a "salvation" government to get the country out of its crises, and to denounce the deteriorating economic conditions.

As a result of political differences, Lebanon is unable to form a government to replace the current caretaker government headed by Hassan Diab, which resigned on August 10, 2020, 6 days after a catastrophic explosion in the port of Beirut.

For about a year and a half, Lebanon has been suffering from the worst economic crisis since the end of the civil war in 1990, which led to a financial collapse and the imposition of severe restrictions on depositors' money in local banks.

The head of the General Labor Union, Bechara Al-Asmar, said - in a radio interview today, Thursday - "We are facing a bitter reality; the country is completely disrupted, people are groaning from poverty and hunger, and queues are standing in front of gas stations and pharmacies, and the productive sectors are collapsing, what is left? From Lebanon do we know?

Al-Asmar called on the Lebanese people to participate in the movements to demand the formation of a rescue government, because it is unacceptable that people suffer from a large number of problems.

In recent days, the local currency recorded a further decline, as its exchange rate in the unofficial market exceeded 15,000 pounds to the dollar, compared to 1,507 pounds officially.

As a result of the lira losing much of its value, the purchasing power of the Lebanese has declined, with a shortage of fuel and medicine, and a record high price of food commodities.

In a related context, a virtual international conference will be held today, under French auspices, dedicated to providing financial and in-kind assistance to the Lebanese Army.

The Lebanese army hopes to obtain urgent international aid that will enable its members who have lost the value of their salaries to withstand in the face of a worsening economic crisis that is considered one of the worst in the world.

A Lebanese military source told AFP on Wednesday, "We need food and medical supplies and the support of the military, so that the army can continue in light of this economic crisis."

The average soldier's salary became equivalent to less than $100, compared to about $800 before the crisis began in the summer of 2019. The army leadership was forced a year ago to remove meat from the soldiers' meals, before adopting significant austerity in its budget.

The French invitation to the conference came at the request of the Lebanese Army Commander, Joseph Aoun, during his recent visit to Paris, where he said that "his country's army is going through a major escalating crisis due to the deteriorating economic situation," calling on countries friendly to Lebanon to provide aid to the military institution.

Representatives of the United Nations and the International Support Group for Lebanon, which includes the most prominent countries of the European Union, the United States, Russia and China, and a number of Arab countries, will participate in the conference.