U.S. new crown deaths exceed 600,000, what plans do Chinese people have after New York and California are unblocked

China Overseas Chinese Network, June 17th, title: New crown deaths exceed 600,000! ​New York and California are unblocked, what are the Chinese people's plans?   According to statistics from Johns Hopkins University in the United States, as of 21:00 on June 15 local time, there were more than 33.485 million confirmed cases of new coronary pneumonia in the United States and 600,263 deaths.   In 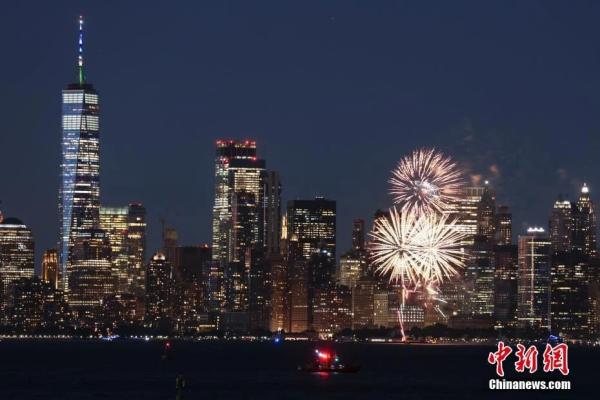 ​New York and California are unblocked, what are the Chinese people's plans?

In terms of vaccines, according to CDC data, 52.6% of the people in the United States have received at least one dose of the new crown vaccine, and those who completed the vaccination accounted for 43.9% of the total population.

US President Biden once again called on the American people to get vaccinated as soon as possible on June 14.

Recently, as the epidemic situation has improved, many states in the United States have announced a comprehensive relaxation of epidemic prevention measures.

New York State Governor Cuomo announced on June 15 that the new crown vaccination rate for the adult population of New York State has reached 70%, and the state government has officially decided to cancel most of the epidemic prevention measures.

Office buildings, shops, restaurants and other places in New York State can no longer implement social distancing, restrict the flow of people, etc., but still need to wear masks in subways, schools, hospitals and other places.

New York was once the center of the nation's new crown pneumonia epidemic. During the peak of the first wave of the epidemic in March last year, the number of confirmed cases in a single day in the state accounted for half of the total number of cases in the US.

On the evening of June 15th, local time, fireworks were set off in many places in New York State and more than ten landmark buildings were lit up with blue and gold lights to celebrate the new crown vaccination goal.

To celebrate the release, and to thank the medical staff for their selfless dedication over the past year, 13 landmark buildings in New York State were lit in blue and gold on the evening of the 15th, and fireworks were lit in ten areas to celebrate.

However, New York Governor Cuomo still emphasized that although New York State has made significant progress in vaccination and fighting the epidemic, the public must remain vigilant. The 70% vaccination rate is not the end point. Those who have not yet been vaccinated should still be vaccinated as soon as possible.

California is the first state in the United States to implement a complete lockdown against the new crown pneumonia epidemic.

California’s new epidemic prevention measures took effect on Tuesday (15th). Shops, restaurants, etc. will no longer restrict the flow of people. People who have been vaccinated are allowed to wear masks in most cases. In public transportation, hospitals, prisons, schools, Except for kindergartens and other places.

Disneyland in California will also be open to everyone, previously only to California residents.

On the day of unblocking, most people in a shopping mall in Los Angeles, California still wore masks.

California Governor Gavin Newsom said at a press conference that reopening does not mean that efforts to contain the virus have ended.

He said: "We have not finished the work. The game is not over, the mission is not completed, and the virus will not disappear tomorrow. We are very clear that the number of deaths from the new crown in 2021 has exceeded the total number of deaths in 2020. "

In addition, Massachusetts lifted the 462-day "state of emergency" due to the new crown epidemic on the 15th.

Kansas and Maryland have also announced that they will lift the "state of emergency" and relax their epidemic prevention measures.

American Chinese: The risk is still high and epidemic prevention will not relax

After the "state of emergency" is lifted in many states in the United States, can epidemic prevention be relaxed?

What is the attitude of the Chinese in the United States towards "unblocking"?

What are their plans?

The Chinese in New York are not in a hurry to remove the isolation board, and believe that epidemic prevention is still necessary at this stage.

Lin Zhiting, a Chinese in San Francisco, said that the new crown pneumonia epidemic has been at home almost all year, and it is almost boring. It is now reopening and is ready to arrange outings and travels.

However, in recent weeks, I found that the price of the air ticket has returned to the high price in the past, and even hit a new high price, and it is not necessarily easy to buy.

Mr. Zheng, a Chinese-American physician, said that although California has made new revisions to the regulations on wearing masks after a full restart, he believes that no one can say that people who are fully vaccinated will not be infected with the virus, and those who have not been vaccinated are more likely to be infected.

If a fully vaccinated person is infected with the virus or has no symptoms, it will be transmitted to an unvaccinated person. Therefore, to be cautious, it is recommended to wear a mask in crowded places to avoid accidental infection.

In Chinese restaurants in New York, most customers still choose to sit in outdoor dining seats.

"Safety is better than regret" Considering that the global epidemic has not yet been brought under control and the existence of variant viruses, Chinese news agencies in Brooklyn, New York and other places remain cautious, and will continue to "follow their own footsteps" at this stage to prevent further outbreaks. .

Wang Xiaodong, the owner of the Chinese restaurant "Wuchang Good Taste" in Chinatown, New York, said that although the epidemic in New York has improved significantly, which is a good thing for business, the new crown variant virus still exists. Now the tourism industry is recovering and foreign tourists are beginning to appear. He is worried. When there is an epidemic situation, we insist that customers take their body temperature and monitor the health of employees.