The naval mine was blown up by the military outside Härnösand

The mine that was discovered by a sailor outside Härnösand on Wednesday was blown up early on Thursday morning by the military. 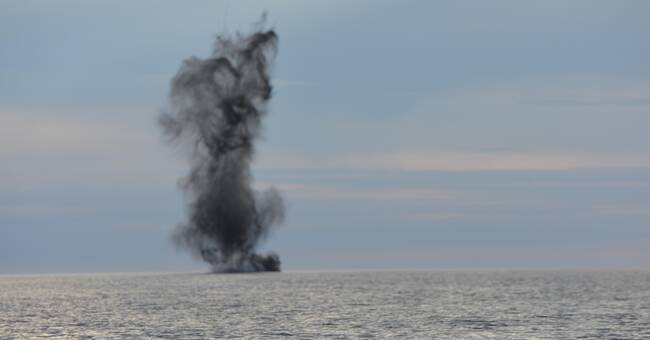 The Swedish Armed Forces and the Coast Guard have been monitoring the dangerous sea sin during the night.

- We identified the mine as Swedish from World War II.

How it ended up there is difficult to know, says Urban Fröberg, press officer for the Västernorrland Group in Härnösand.

Fröberg says that they do not know if the mine was sharply charged, but that all ammunition found is considered sharp.

It is not so common to find mines this far north.

Most were laid in the southern Baltic during the war.

- About 165,000 mines were laid from all sides during the war, many have been cleared but some are still found, says Fröberg.