Regional: political leaders occupy the field three days before the election Paris (AFP) Traffic jam of heavy goods vehicles on the regional road: party leaders and heads of the executive are deployed throughout France for a "super Thursday" electoral campaign three days before the first round. Two regions to watch in particular on Sunday will be in the spotlight: Paca, where the head of RN Marine Le Pen comes to support the head of the list Thierry Mariani, favorite of 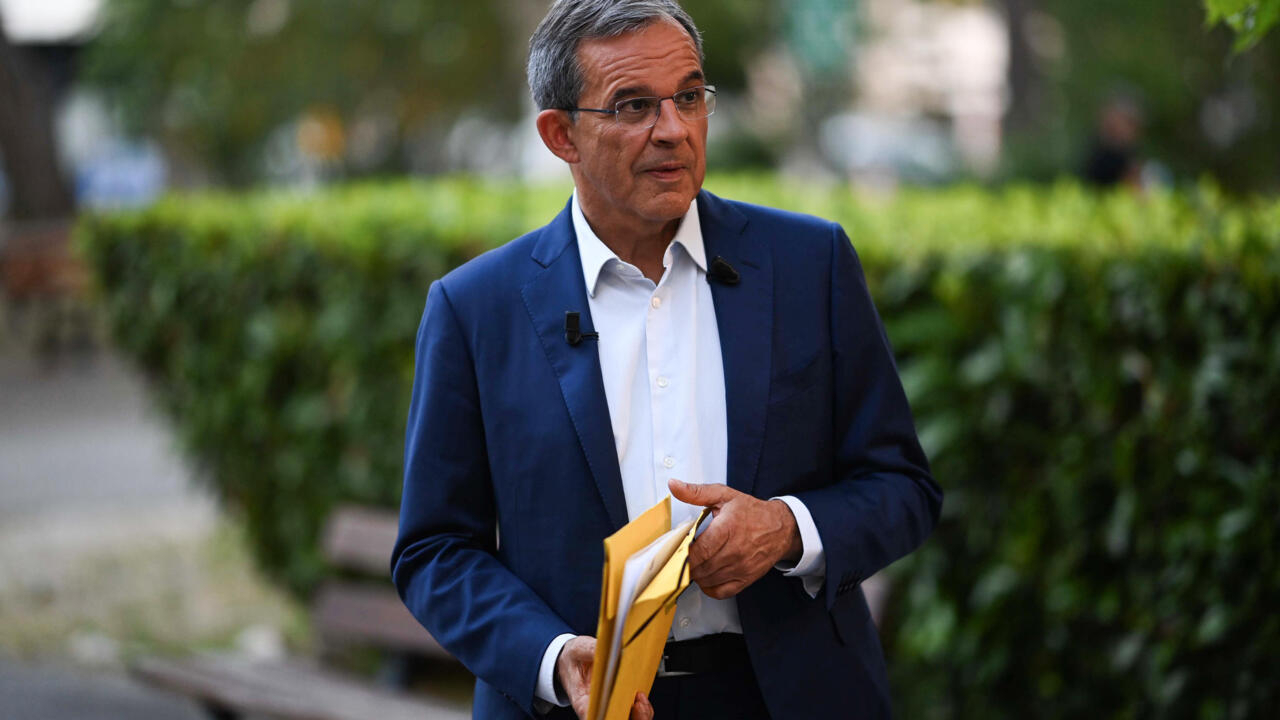 Traffic jam of heavy goods vehicles on the regional road: party leaders and heads of the executive are deployed throughout France for a "super Thursday" electoral campaign three days before the first round.

Two regions to watch in particular on Sunday will be in the spotlight: Paca, where the head of RN Marine Le Pen comes to support the head of the list Thierry Mariani, favorite of the polls against outgoing president LR Renaud Muselier, and who is aiming for a historic first for the far right party.

And the Hauts-de-France, where the boss of LR Christian Jacob appears alongside Xavier Bertrand, candidate for the Elysée, and where Emmanuel Macron conveniently makes a stopover on the road to his Tour de France, even if his entourage tries to repeat that he is not in the countryside.

Wearing his hat as the leader of the majority, Prime Minister Jean Castex goes to no less than three regions to try to mobilize for an election which promises to be complicated for the presidential camp.

On the left, PS boss Olivier Faure heads for Metz to support the list (EELV-PS-PC) led by ecologist Eliane Romani in the Grand Est.

The number one EELV and candidate in Ile-de-France, Julien Bayou, will be in Conflans, in the Yvelines, supported by Yannick Jadot, potential candidate of the green for 2022. The LFI leader Jean-Luc Mélenchon, the eye already focused on the presidential election, went to the Fonderies du Poitou in Vienne before a meeting in support of the candidate Clémence Guetté.

And the national secretary of the PCF Fabien Roussel will be in Rennes.

This deployment of force of the big cats comes in the home stretch of a ballot that will serve as a full-scale test ten months before the presidential election.

Traditional right and left will try to defend their strongholds against the RN, in search of a first victory on the evening of the second round, Sunday June 27.

Leading the polls in several regions in the first round, the National Rally is cultivating its greatest hopes in Provence-Alpes-Côte d'Azur where the campaign was particularly lively.

With a visit to Toulon, formerly in the hands of the National Front, and another in Fréjus, a city currently held by the RN, Marine Le Pen supports Thierry Mariani there.

- "Not a disguised campaign" -

The former minister of Nicolas Sarkozy, who does not have his RN card, is one of the "opening" candidates put forward by the far-right party to seduce the right, torn between opponents and supporters of a merger with LREM.

Further north, Emmanuel Macron goes to a village in the Somme and then in Aisne to discuss education and reading with students.

In the entourage of the Head of State, it is assured that "this trip concerns consensual issues such as culture" and that it is therefore "not a disguised campaign".

The fact remains that Emmanuel Macron's foray into Hauts-de-France, on the lands of his potential opponent for 2022, risks further stoking criticism of the oppositions who accuse him of campaigning without saying so.

Especially since the issue is directly linked to the presidential election, since Xavier Bertrand, favorite but threatened by the RN, said he would leave politics if he was not reelected at the head of the region.

That the two men meet on the occasion of a "Republican welcome" would not have lacked salt.

But Xavier Bertrand's entourage says that no meeting is planned since the boss of the region will himself be on the ground in the Oise alongside Christian Jacob.

The president of LR, after having crisscrossed France in support of several candidates, reserved his last trip to this strategic region.

Coming out of his Covid isolation, Jean Castex went successively to Epernay (Marne) in support of the Minister of Integration Brigitte Klinkert (Grand Est) and to Creusot (Saône-et-Loire) with Denis Thuriot (Bourgogne-Franche- County).

Before completing his marathon at the Gerland stadium in Lyon alongside Bruno Bonnell, top of the list in Auvergne-Rhône-Alpes.

The Prime Minister is due to make the closing speech, thus lending himself for the first time to the exercise of the electoral rally since taking office.