Oskar was denied compensation - but was right in court: "As if my diagnosis does not exist"

Oskar from Norrköping was forced to fight in court to be entitled to activity compensation from the Swedish Social Insurance Agency. It took 20 months before he got it right. - I think it's because my autism is not so clear. I have trained for several years to be able to keep eye contact and keep in a conversation. Then it is as if my diagnosis does not exist, says Oskar. 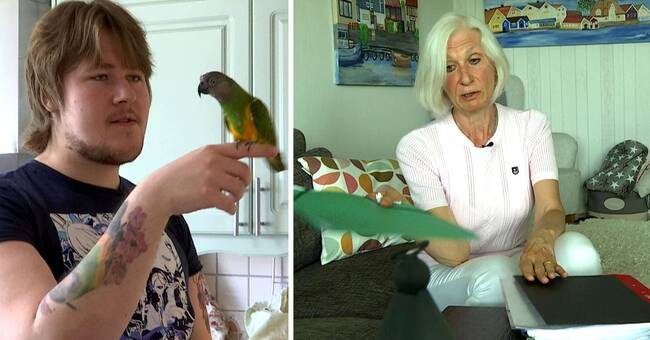 Oskar's mother, Annica Thomsson, starts crying when she sits down on the sofa with the thick cover filled with applications and certificates.

It was such a relief.

Click on the video above to see Annica and Oskar talk about the feeling when he finally got the right to activity compensation - after 20 months of struggle.

"My autism is not so clear"

Oskar has autism and this means, among other things, that he takes in all impressions much stronger than most.

His brain does not sift away.

And that's why energy often runs out.

That is why my autism is not so clear then, says Oskar.

For example, he has trained to be able to have a conversation and see the person he is talking to with his eyes.

- The administrators do not see my panic attacks and the enormous need to rest both brain and body.

If I walk in town for an hour, I have to rest for five hours afterwards, says Oskar.

Both Oskar and Annica believe that there is a lack of knowledge about autism and other disabilities that are not so clearly visible on the outside.

- And when they do not listen to what doctors and experts have written in the certificates, then it is as if my diagnosis does not exist, says Oskar.