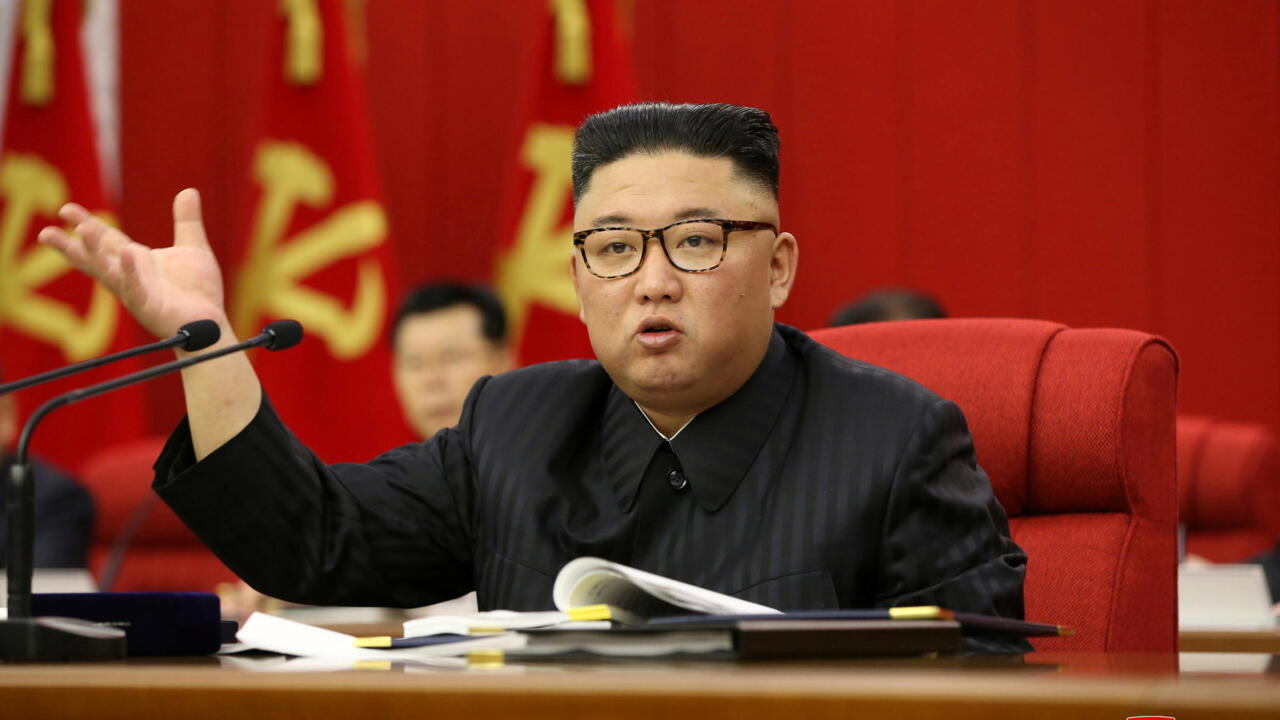 North Korean leader Kim Jong-un at the plenary meeting of the VIIIth Central Committee of the ruling Workers' Party, June 16, 2021. via REUTERS - KCNA

The coronavirus pandemic as well as typhoons and flooding last year have ended a serious blow to the country's economy.

North Korea, whose economy is plagued by multiple international sanctions imposed in response to its banned military programs, has long been plagued by severe food shortages.

At a plenary meeting of the ruling Workers' Party Central Committee on Tuesday, however, Kim Jong-un said the economic situation has improved, with industrial production increasing by 2% year-on-year. previous.

But the leader admitted during the meeting to have encountered a "

During the summer of 2020, thousands of homes and farmland were destroyed by

which were accompanied by flooding.

The leader called for measures to be taken to minimize the consequences of these natural disasters, saying ensuring "

Pyongyang cut off from the world

To prevent the spread of the

, North Korea was one of the first countries to impose strict health restrictions, including the very early decision to close its borders and in particular with its Chinese neighbor.The regime maintains that the epidemic does not has not arrived on its soil, which many experts doubt.

Trade with Beijing, the regime's first economic and diplomatic support, has been reduced to heartache.

But this isolation came at a high economic cost, so much so that Kim Jong-un acknowledged in April the difficulties his country was facing.

He thus called on his lieutenants to "

lead a new" forced march ", even harder, in order to help the population face the difficulties, if only a little

The “Forced March” is the term used in North Korea to refer to the famine of the 1990s that left hundreds of thousands of people dead as aid was cut back from Moscow after the Soviet collapse.

" that the pandemic has "

" the humanitarian situation in North Korea, where 10.6 million people are in need, recently estimated the Office for the Coordination of Humanitarian Affairs (Ocha) of the. UN.