Security specialists have warned of strange and abnormal behaviors committed by some social media celebrities, in search of fame and getting more followers on their accounts, which causes negative social effects on individuals, including spreading rumors and misleading information, and photographing their sick parents inside. 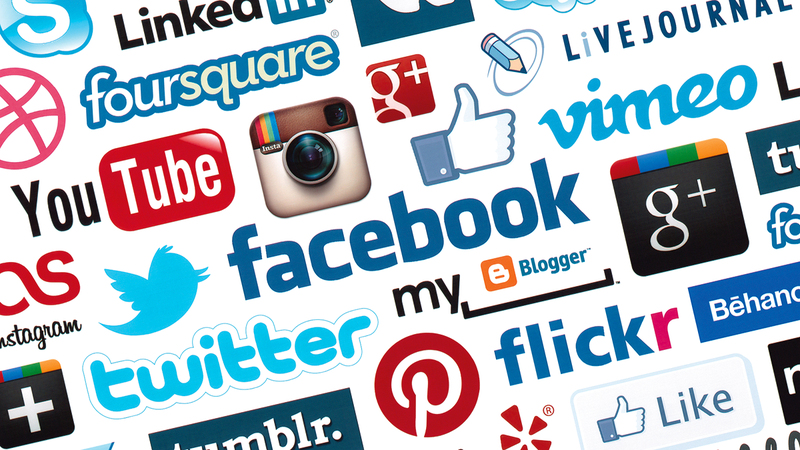 Security experts have warned of strange and abnormal behaviors committed by some social media celebrities, in search of fame and getting more followers on their accounts, which causes negative social effects on individuals, including spreading rumors and misleading information, and photographing their relatives from sick fathers in hospitals, and mothers at home. Exploitation of children in video clips, in order to obtain “likes”.

They warned against spreading rumors and anonymous information, especially those affecting the prestige of the state, as well as the dangers of cybercrime, and its effects on members of society, its security and stability, stressing that the responsibility to combat these behaviors is shared by state institutions, family and community members, stressing the importance of increasing digital awareness to reduce risks. Modern technology.

In detail, the Chief of the Federal Prosecution for Information Technology Crimes, Khaled Mubarak Al-Madhani, confirmed during a council organized remotely by the Ministry of the Interior, the day before yesterday, on “the societal risks of modern technology”, that the UAE is one of the first countries in enacting laws and legislation with regard to electronic crimes and security. Cyberspace to protect members of society, and the state's status from the weak of souls, or anyone who may commit a crime through modern technology.

He warned of the dangers of modern technology to members of society, stressing the importance of solidarity and cooperation in order to achieve protection from these risks, and to maintain the stability and identity of society.

Al-Madhani reviewed the legal perspective in the face of the societal risks of modern technology, saying that “with the increasing use of computers, the information network and advanced technology, the percentage of electronic crimes, committed using modern technologies, and threatening members of society, due to the exploitation of technology by some weak-minded people, has increased in return. In order to achieve their goals and objectives, to destroy the principles and values ​​that the state has built.”

He added that it requires the provision of a secure cyberspace, to protect the interests of society and its members when using technology, through the development of various laws and legislations to combat information technology crimes, regardless of their various forms and patterns, and to protect the personal data of individuals and institutions, and to combat destructive and demonic ideas that seek to do any work for them. Relationship with extremism, crime or terrorism, as well as based on the state’s strategy in preserving and safeguarding the security of individuals and institutions from any violations or abuses affecting their security and stability.

Al-Madhani touched on the role of the Public Prosecution Office in combating the social risks resulting from modern technology, stressing that from the reality of field work and investigations, criminals were classified into several categories. The first is the intruder, a person who penetrates a website or an information network to obtain confidential data belonging to persons, institutions or government agencies. , whether federal or local, and there are professionals who are more dangerous, and carry out their crimes through a specific planning and method in their activities, in order to obtain information or data, or in order to destroy a website, in a way that harms society, its institutions and its members, and there are also people Haters who commit their crimes for revenge, or a desire to harm the reputation and prestige of an institution or entity, and the status of the state through modern technology, to the detriment of members of society.

He reviewed the most prominent electronic crimes that were monitored, including crimes aimed at spreading information and rumors aimed at disturbing public security, causing chaos, and weakening the souls, loyalty and affiliation of members of society, which are of high risk and seek to create a gap between members of society, its institutions and bodies, and there are crimes of electronic fraud and forgery, And piracy, by penetrating a specific website and information network to obtain confidential data and information belonging to people, or information attacking the privacy of individuals, the state and its institutions.

Al-Madhani pointed out that from the reality of the cases and investigations, several motives were found for perpetrating this crime, which are not recognized in the law, in order to develop preventive solutions to prevent its occurrence in the future, and one of these motives is the desire of the criminal to make a financial profit, and one of the forms of extortion The electronic motive is to obtain pictures of the victim, and blackmail him through information technology means to obtain a material profit, and the second motive is entertainment and the desire to show the technical ability of the criminal, including, for example, a person who films a video clip of the victim and publishes the clip to others on technology, for the sake of entertainment or achieving despicable goals. Irrational, there is a motive of hatred and the desire to harm a person, institution or state.

For his part, the Director-General of the Emirates Council for Sharia Fatwa, Dr. Omar Habtoor Theeb Al-Dari, reviewed the societal and religious risks arising from modern technology, stressing the importance of investing technology positively, in a way that benefits community members and preserves religious and societal values, pointing out that the state has achieved at the local level. Over the past 10 years, it has been successful in combating foreign and extremist ideas thanks to awareness-raising.

He stressed the importance of immunization, prevention and insurance against attempts to target young people from the dangers of external polarization and extremism, misleading and suspicious information, devious methods from different groups, and denial of religious and societal constants.

Al Darei stressed the importance of promoting the values ​​of responsibility and investigation before disseminating information, emphasizing the prohibition of transmitting rumors and misleading information, strengthening digital education, creating specialized content in university and school educational institutions and courses, pulpits, and the family, promoting human values ​​and consolidating national identity.

For his part, the researcher and academic of information technology and cybercrime, Dr. Obaid Saleh Hassan Al-Makhten, stated that one of the benefits and positives of the “Corona” pandemic is that it has encouraged hesitant people to use technology, on a large scale, and business, study and training are implemented remotely, but on the other hand, there are technological risks represented in In adapting the Internet to commit a crime from a distance.

He pointed out to several problems facing users of modern technology, including the lack of privacy, extortion, the prevalence of crime and the ease of committing it, as cybercrime has become more money-making than drug trade, which encouraged mafia gangs abroad to practice their activities remotely, and there is also a problem represented in Difficulty in accessing the accused, obliterating evidence, and increasing the burden on security men in dealing with cybercrime and its burdens.

Al-Mukhtin pointed to the problem of fake preoccupation with social media, and family members spending long hours in cyberspace through their phones, up to 15 hours a day, whether at home, work or abroad, adding that this preoccupation is a major reason for some of them falling victim to crime.

He added that some famous "Social Media" publish negative aspects and trifles with the aim of fame and obtaining "likes", and exploiting their children, and some of them portray their mother at home, and their father in the hospital, or film themselves dancing, in order to achieve great follow-up, stressing the importance of institutions to intervene. community to stop such behaviors and violations.

Deputy Director of the Federal Social Support Department, Colonel Rashid Ahmed Al Obed, said that the spread of modern technology had positive and negative effects, as its impact is due to how individuals use it, as it facilitated daily life in many areas, and at the same time it had negative effects on various levels.

He reviewed the most prominent risks of modern technology, including the lack of actual communication between individuals, the lack of privacy, and the acquisition of abnormal behaviors, such as violence, fear, social isolation, and the increased demands of life.

He pointed to the role of the Digital Quality of Life Council in promoting positive digital societies in the country, supporting segments of society, especially students and families, in facing the challenges of the digital world, raising the level of societal awareness of opportunities, updates and ways to prevent them, and promoting safe digital citizenship and positive behaviors in the digital world.

The Chief of the Federal Prosecution for Information Technology Crimes, Khaled Mubarak Al-Madhani, warned of electronic crimes that pose a danger to society, such as spreading rumors and incorrect information, which affects the status, prestige and reputation of the state.

He explained that the legislator set a separate penalty for each type of rumor, for a rumor related to people carries a penalty of imprisonment or a fine of no less than 150,000 dirhams, and for rumors that harm the status of the state, its image and prestige, it reaches life imprisonment from three to 15 years, and that is the desire It is legitimate to establish controls and foundations when using modern technology, and to provide a safe and electronic space for all members of society.

• Celebrities filming sick parents in hospitals, mothers at home, and exploiting children in videos to get "likes".