Therefore, no VMA was sent at the garbage fire in Halmstad

Large dark clouds of smoke appeared over Halmstad when there was a fire in the garbage plant on Tuesday afternoon, but no VMA - Important message to the public - was sent. See operations manager Tina Nordlund tell why. 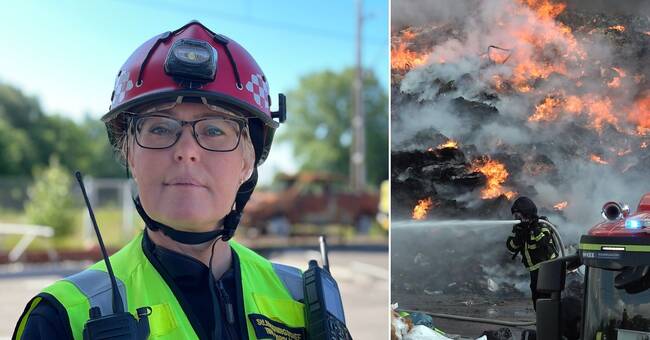 In the event of dangerous fire smoke, it is common for SOS Alarm, in consultation with the rescue service, to send out a so-called Important Message to the public, VMA.

But that was not done during the fire in the rubbish heaps at Kristinehed's thermal power plant on Tuesday.

The wind blew away from the city on Tuesday afternoon, but during the night the wind turned towards the residential areas and the smell of smoke was felt in several places among the homes.

See operations manager Tina Nordlund in the clip explain how the decision was made.