Portugal, first country to receive EU approval for its post-Covid recovery plan Lisbon (AFP) Portugal became the first European Union country on Wednesday to receive the green light from Brussels for its recovery plan financed by an unprecedented joint loan intended to overcome the economic consequences of the pandemic. "This is the first national stimulus plan supported by the Commission, here in Portugal", declared in Lisbon the president of the European Commission, Ursul 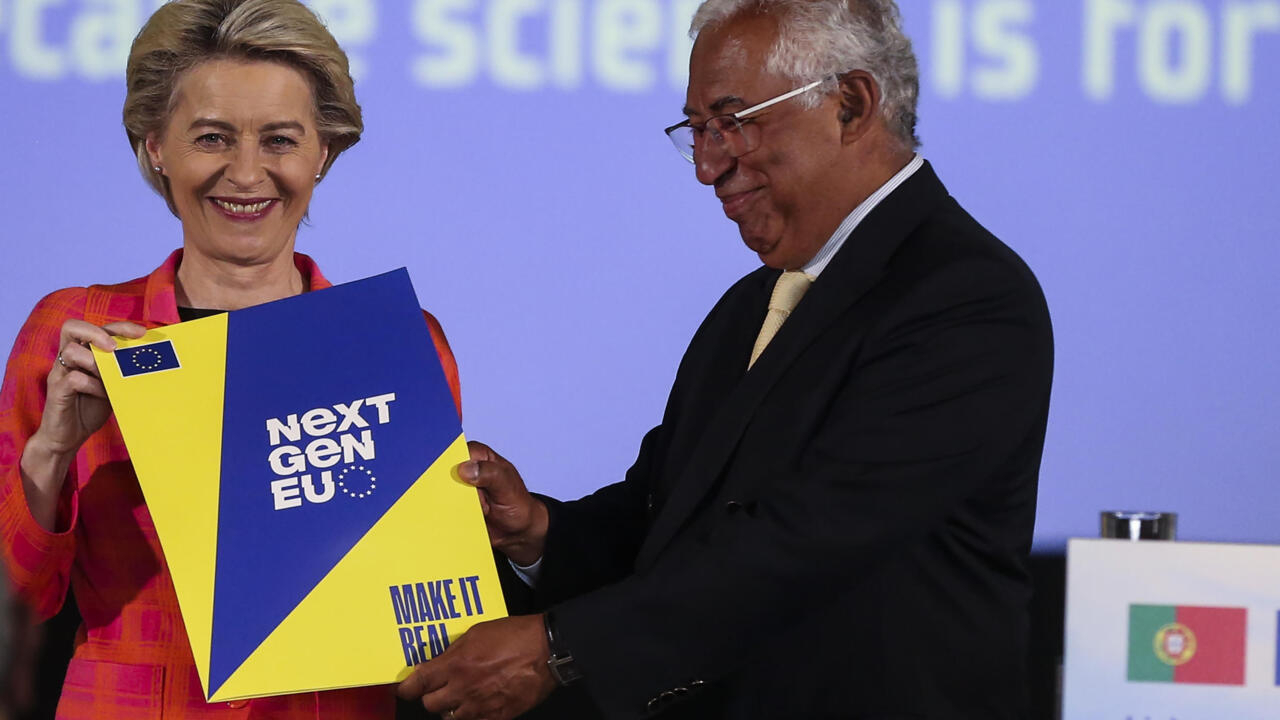 Portugal became the first European Union country on Wednesday to receive the green light from Brussels for its recovery plan financed by an unprecedented joint loan intended to overcome the economic consequences of the pandemic.

"This is the first national stimulus plan supported by the Commission, here in Portugal", declared in Lisbon the president of the European Commission, Ursula von der Leyen, who is then due to travel to Madrid to approve the Spanish plan before continue his tour on Thursday in Athens and Copenhagen.

Portugal, which holds the six-monthly presidency of the EU, had already wanted to set an example by becoming in April the first country to submit to Brussels its investment projects as part of the 750 billion euro recovery plan, fiercely negotiated by the 27 until its adoption in July 2020.

The President of the Commission thanked Lisbon for having "played a crucial role in making the recovery mechanism a reality".

Most of the other member states have also returned their copies and will in turn receive a visit from Mrs von der Leyen, who traveled for the first time on Wednesday with the European "health pass", which will officially enter into force on 1 July.

After Portugal, Mrs von der Leyen's journey will pass through Spain, the second beneficiary of these European funds behind Italy.

Portugal and Spain, "two countries in southern Europe, which in the past have not felt accompanied, have benefited this time from support and extraordinary generosity from their partners. of the North, "Toni Roldan, director of the EsadeEcPol economic policy research center in Madrid, told AFP.

Spain was one of the countries most affected by the first wave of the Covid-19 pandemic in spring 2020, while Portugal was hit hard at the start of the year.

Very dependent on tourism, their economies have been devastated.

Since the debt crisis of 2011, Lisbon and Madrid have often found themselves on the front line in the face of attacks from so-called "frugal" countries who were reluctant to finance the spending of southern European countries, according to them less virtuous in management. of their public finances.

While a certain vagueness persists on the conditions attached to these stimulus plans, Spain and Portugal could have shown "greater reformist ambition," said Toni Roldan.

"I understand that it is difficult for the Commission, in this very complicated context, with the rise of populism, all the post-pandemic suffering, to demand very deep reforms, but at the same time it is the best time", added the analyst.

In Lisbon, Mrs von der Leyen visited an educational center devoted to science to illustrate the will of this country, which is to receive 16 billion euros in lost funds, to invest in innovation and education.

It will be received in Madrid by the head of government Pedro Sanchez at the headquarters of the national manager of the electricity network while Spain intends to devote the bulk of its plan to ecological transition.

To finance these investments, the EU had to agree on an unprecedented mechanism which enabled it to carry out a first common debt issue on Tuesday, in the amount of 20 billion euros, hailed by Mrs von der Leyen as " the largest operation "of this type ever carried out in Europe.

The Commission plans to raise € 100 billion in long-term bonds by the end of the year to finance national plans.