Euro: after the France-Germany shock, Italy and Finland in search of 8th - France 24

Euro: after the France-Germany shock, Italy and Finland in search of 8th Rome (AFP) Barely time to recover from the immense fight won Tuesday night by the 2018 world champions against the 2014 world champions that the tournament promises new emotions. It must be said that this Euro, disseminated in eleven cities in eleven countries, has already gone through all the feelings: there was fear on Saturday when the Dane Christian Eriksen collapsed on the lawn, victim of a 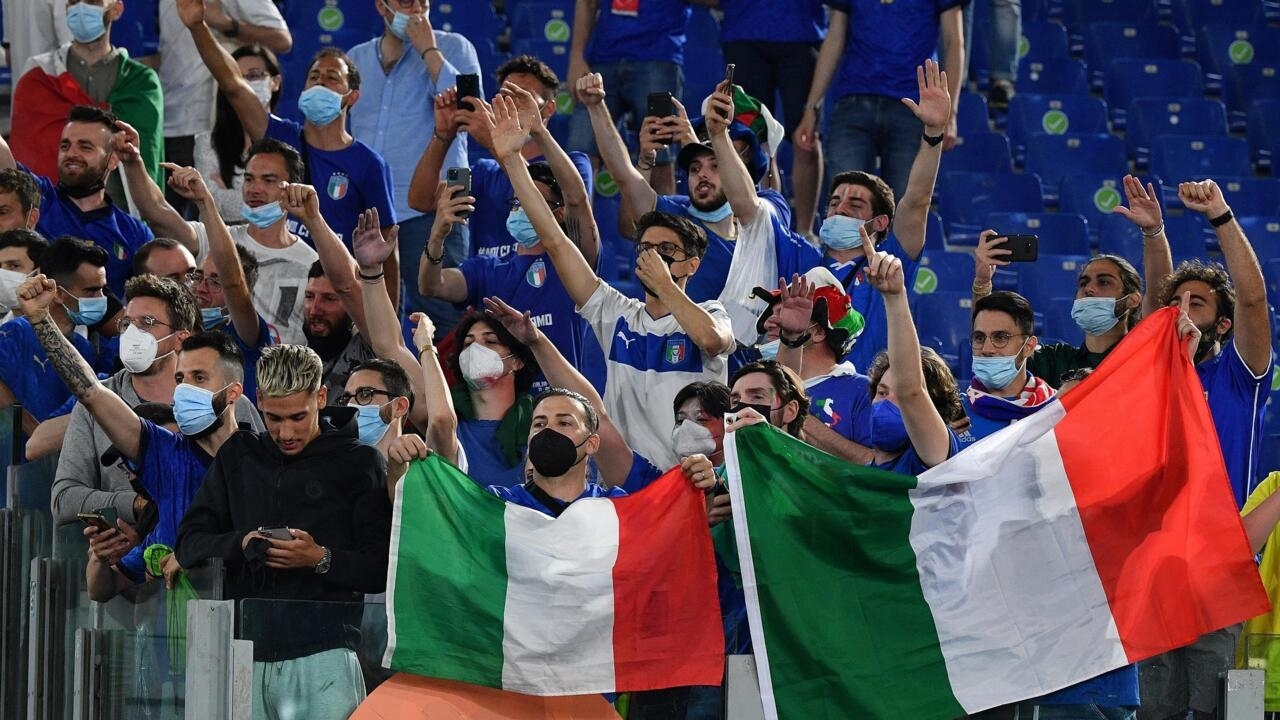 It must be said that this Euro, disseminated in eleven cities in eleven countries, has already gone through all the feelings: there was fear on Saturday when the Dane Christian Eriksen collapsed on the lawn, victim of a cardiac arrest , then relief when he was immediately resuscitated by medical services.

There was disbelief on Tuesday when an environmental activist from Greenpeace burst above the Munich stadium before France-Germany, at the controls of a microlight which failed to crash into the stand and left two injured according to local police.

There was, finally, indignation in front of certain bad gestures of the Germans, like the defender Antonio Rüdiger, who had promised to play "dirty" to stop the Blues and pretended, during the match, to bite Paul Pogba behind the back - without being penalized by the referee despite protests from the French midfielder.

"Blue lightning", preferred to retain the sports daily L'Equipe on the inside pages, greeting French people who "opened their Euro in strength and beauty".

- Italy can get its ticket -

Like the world champions, the favorites are mostly there, from England to Belgium via the Netherlands, all winners of their inaugural match, including the European champion in title, Portugal, striker of Hungary Tuesday (3-0).

By the way, Cristiano Ronaldo wrote a new page of his legend by becoming the only top scorer in the history of the Euro with his 10th and 11th goals, now two lengths ahead of Michel Platini (9 goals) he had equaled during the Portuguese coronation in 2016.

Here are all these major nations launched towards the qualification for the round of 16, reserved for the first two of each of the six groups and the four best thirds.

And Italy could get its ticket on Wednesday evening.

Impressive in the opening match against Turkey on Friday (3-0), the Nazionale returned to the Olympic stadium in Rome on Wednesday evening (9 p.m.) and will have to bring down its Swiss neighbor to seal its qualification.

His hot attack trio Domenico Berardi - Ciro Immobile - Lorenzo Insigne, who sparked in the first match, may pose problems for the Swiss, looking for a rebound after stumbling over Wales (1-1) .

Italy could recover for the occasion its playing master Marco Verratti, star of Paris SG close to a return after having been injured in the right knee a month ago.

Other stars expected on the pitch on Wednesday will be Welshman Gareth Bale in Baku against Turkey (6 p.m.), who will almost feel like playing at home given their close cultural ties with Azerbaijan.

For Bale, is it finally time for deliverance?

The Real Madrid striker, loaned this season to Tottenham, has not scored in the selection since October 2019. He will in any case have to be decisive to bring the "Dragons" to a course as sparkling as during the Euro- 2016 in France, where they had reached the last four.

Three hours earlier, in Saint-Petersburg, the second day of the group stage will officially start with Finland-Russia (3 p.m.) with the possibility, for the Finns, of a thunderclap worthy of the course of another surprise team of Euro-2016: Iceland.

For their first participation in a major competition, the "Grand-dukes owls" won their inaugural meeting (1-0) against Denmark, certainly in a particular context after the long interruption of the game linked to Eriksen's heart disease.

They now challenge their big Russian neighbor, last in Group B after their heavy defeat (3-0) against Belgium on Saturday.

And here is Finland in a position to qualify for the round of 16 if it beats Russia.

A huge surprise from the second day?