Until September 30: Putin extended the moratorium on the expulsion of foreigners from Russia

Due to the coronavirus pandemic, the periods of temporary stay of migrants in Russia for no reason have been extended until September 30, 2021. This is stated in the decree of President Vladimir Putin. Prior to this period, foreigners who arrived in the country before March 15 have the opportunity to settle their legal status or leave Russia. 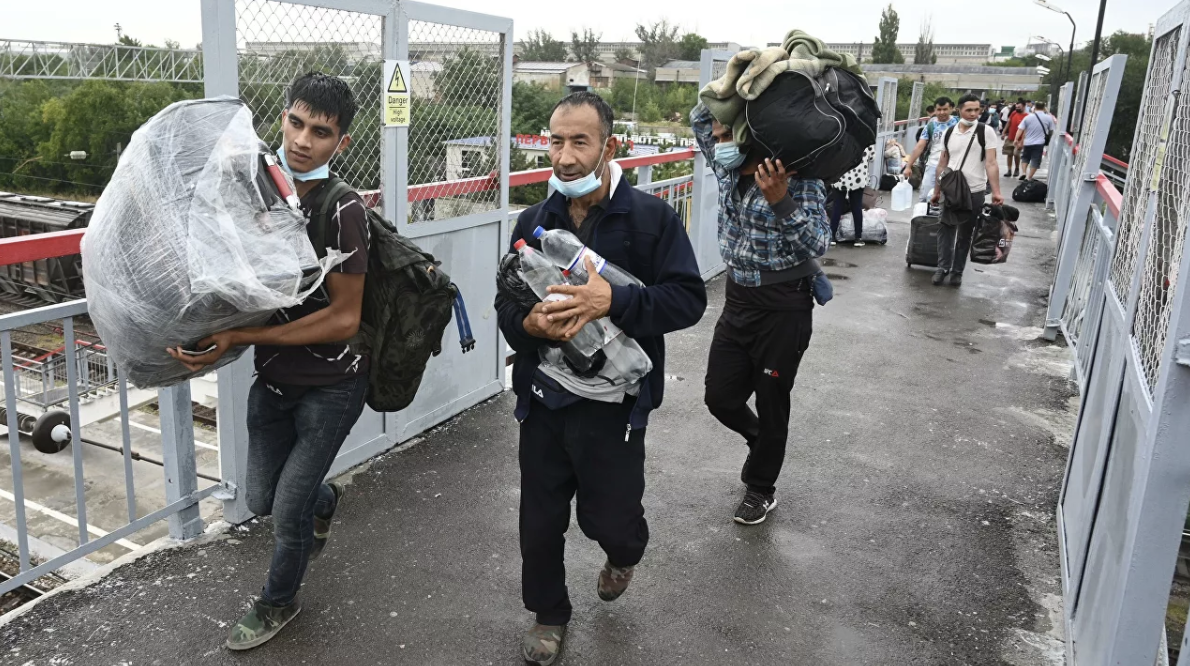 Russian President Vladimir Putin signed a decree on temporary measures to regulate the legal status of foreign citizens and stateless persons in the Russian Federation during the period of overcoming the consequences of the spread of coronavirus infection.

According to the document, until September 30 inclusively, no decisions on forced expulsion, deportation or transfer to a foreign state will be made in relation to foreign citizens and stateless persons in the territory of the Russian Federation. However, these rules do not apply to those foreigners who have been released from prison or pose a threat to national security.

In addition, the decree from June 16 to the expiration of 90 days from the date of the removal of the introduced temporary restrictions on transport links with a foreign state is suspended during the periods of stay, temporary or permanent residence for foreigners and stateless persons, staying abroad for persons who are outside the Russian Federation. and have a temporary residence permit, a residence permit in Russia or a certificate of a state program to assist the voluntary resettlement of compatriots living abroad to the Russian Federation.

In addition, foreigners who arrived in the country before March 15 and have no legal basis for staying on Russian territory have the right to submit an application to the Ministry of Internal Affairs about the settlement of their legal status by September 30, or leave the Russian Federation.

In turn, citizens of the member states of the Eurasian Economic Union have the right to conclude contracts for the performance of work with employers until December 31, without taking into account the requirements for the declared purpose of the visit to Russia.

Foreigners who arrived in the country on a visa-free basis also have the right to apply for the issuance or renewal of a patent by the end of 2021 without taking into account the requirements for the deadline for filing documents for registration, for the declared purpose of the visit and departure from the Russian Federation.

Also on June 15, the press secretary of the head of state, Dmitry Peskov, indicated that there is a shortage of labor migrants in Russia.

“This is really a problem, and there are not enough workers at construction sites, the deficit is acutely felt.

Indeed, now the entire system is overloaded, this requires the mobilization of additional efforts from our migrant workers.

This is known, and they also know it, they are taking the necessary measures, "RIA Novosti quoted Peskov as saying.

For the first time, Vladimir Putin approved a number of exemptions for foreigners amid the COVID-19 pandemic on April 18, 2020.

Then foreign citizens were allowed to stay in Russia until June 15, inclusively, without extending a visa and other documents on which they entered the country.

After that, the decree was repeatedly extended.

“And if you and I do not remove this number by June 15, as the presidential decree implies, these people will be punished, up to the expulsion and closure of borders.

I would like you to conduct campaigning work in your states through work with the media, ”he said.

At the same time, the press center of the Ministry of Internal Affairs reported that since the entry into force of the decree on concessions for migrants (April 18, 2020), more than 3.3 million foreigners have settled their legal status in Russia.

“The measures taken have allowed to regulate the legal status of about 400 thousand people,” TASS quotes the text of the message.