No mystery about the death of the writer John le Carré: investigation closed

The Cornish coroner conducted an investigation into the cause of death: fracture after an accidental fall in the house 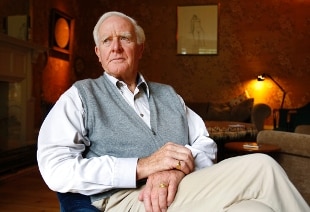 June 15, 2021John Le Carré died of the after-effects of a fall in the bathroom of his house in Cornwall: last autumn the master of espionage had fractured his ribs.

The detail, reports the BBC, has now emerged from an investigation by the judiciary, as learned from a hearing in the court of Truro, also in Cornwall.

The conditions of the famous 89-year-old English writer, author of many bestsellers starting with "The Spy Who Came in from the Cold", quickly worsened and he was taken to the hospital where he died on 12 December 2020. The interim senior coroner for Cornwall, Andrew Cox, who had ordered an investigation into the circumstances and causes of the death, closed the file and concluded that it was an accidental death. So no mystery about the disappearance of the most acclaimed spy-story novelist.

The writer had fallen on December 4, injuring himself on the left side of the chest, with all his ribs fractured, we read in the documentation in the court proceedings. The coroner read a statement from his son, Simon Cornwell, who said he understood his father had "got up in the night and slipped or tripped in the bathroom and fell on the toilet or bidet."

The son also said that his father's mobility had long been reduced, but that he always refused a support arm. The death of John Le Carré is not related to Covid-19, the investigation has always confirmed.