The prosecutor has demanded life imprisonment - the defense of fixed-term sentences. Blekinge District Court partly chose the prosecutor's line. The law's most severe punishment awaits one of the men accused of murder - unless the verdict is changed in the Court of Appeal. 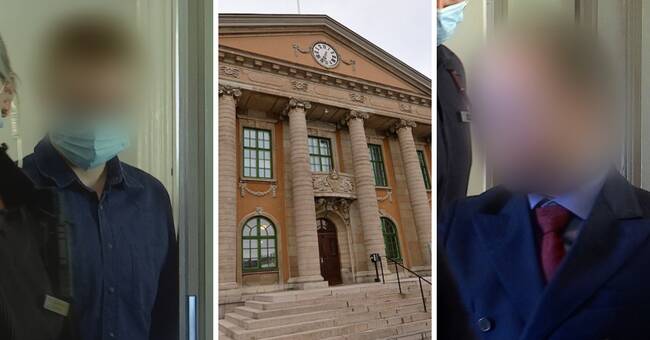 It was thus as several legal experts previously predicted: life imprisonment for the 22-year-old who planned and carried out the murder of the 57-year-old victim in Karlskrona last summer.

The 23-year-old - who dismembered the body - is sentenced to 18 years in prison.

The conditions for the day were as follows:

Prosecutor Anna Johansson had demanded life imprisonment for the men - she wants to see them sentenced to murder and believes that they jointly and in concert planned and carried out the murder and afterwards transported the remains to Varö where the body was buried.

The 22-year-old, who was the one who dealt the fatal blows with the wrench, has admitted that he murdered the 57-year-old, but wanted a fixed-term sentence because he lived with severe mental illness for a long time.

The district court believes that it is an aggravating circumstance for him that the murder victim was a relative and describes the violence against the victim as an "execution".

In court, the man said that he has been in prison for many years and that he should devote his time to studies.

The 23-year-old, who was the one who dismembered the body, also wanted to see a fixed-term sentence and has only admitted aiding and abetting murder.

His argument is that he was helpful in the investigation, that he is already unpunished, that he did not kill the 57-year-old himself and that he was manipulated by the co-accused man.

That the 23-year-old in interrogation openly told about how the act took place and pointed out murder weapons and a burial site should be seen as a mitigating circumstance, according to the district court.

"I am prepared to take my sentence and would rather take life than be acquitted," he told doctors in connection with the extended forensic psychiatric investigation being carried out in the spring.

See the background to the high-profile case explained in 60 seconds:

A 57-year-old man is suspected of having been murdered - here is a summary of what has happened.