In Pays-de-la-Loire, "general mobilization" of ecologists to win a region - France 24

In Pays-de-la-Loire, "general mobilization" of ecologists to win a region La Roche-sur-Yon (AFP) "We must, we will win". By towing Tuesday in La Roche-sur-Yon alongside Yannick Jadot, the candidate in Pays-de-la-Loire Matthieu Orphelin knows that he represents the best environmental chance to win a region on June 20 and 27. The Greens dream of being conquerors, but the regional ones are not the municipal elections of 2020, during which they won several big cities. Onl 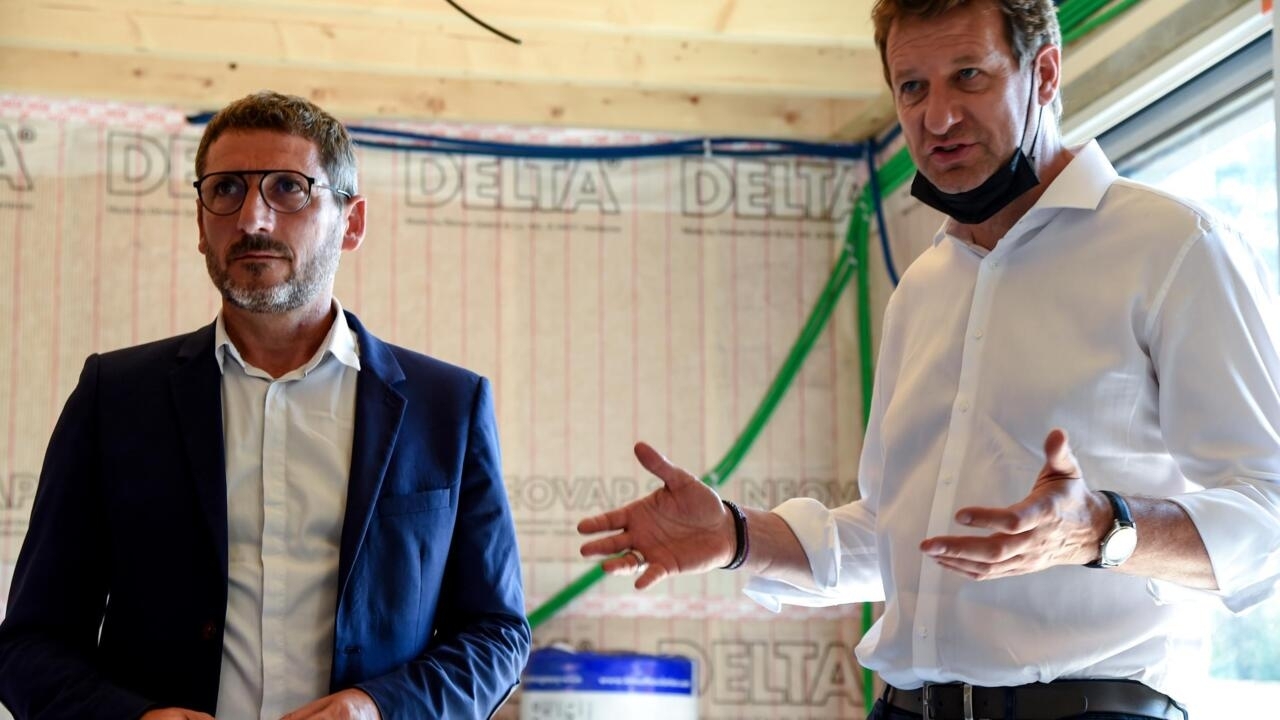 By towing Tuesday in La Roche-sur-Yon alongside Yannick Jadot, the candidate in Pays-de-la-Loire Matthieu Orphelin knows that he represents the best environmental chance to win a region on June 20 and 27.

The Greens dream of being conquerors, but the regional ones are not the municipal elections of 2020, during which they won several big cities.

Only the former walker and now an ally of EELV Matthieu Orphelin is given the winner by a recent poll.

A certain pressure for the deputy from Angevin, who must also, and for the same reason, accept the attacks from the right led by the outgoing president, Christelle Morancais, supported by the senator of Vendée Bruno Retailleau.

"Me, far left?" Exclaims Matthieu Orphelin while discovering on his phone, in the electric car trip which takes him to Angers, the video of the mayor of La Baule Franck Louvrier who reproaches him for his alliance with La France rebellious.

"It's becoming grotesque. A year ago I was told that I was too macronist. There is no alliance with LFI, there is a citizens' list where they have a few places, but there are mostly several center-left parties, "plague the candidate.

He wears a carnivorous smile while showing the satirical line in video concocted by his teams on social networks.

The former EELV François de Rugy, candidate of LREM, is on everyone's lips, he to whom rumors lend negotiations with The Republicans for the second round.

"He is in a toboggan, from the green to the PS, then to En Marche, and now he will be elected with The Republicans", tackles the MEP Yannick Jadot.

Tuesday morning, on the imposing Place Napoléon in La-Roche-sur-Yon, whose islands of greenery hardly relieve the summer heat, Matthieu Orphelin does not hesitate to raise the subject with voters: "If to vote for Rugy it is to vote Retailleau, people must know it ".

"Too bad there is no alliance in the first round" with the PS of the faithful of Ségolène Royal Guillaume Garot, regrets a passerby.

"It is he who did not wish, but it will be done in the second," promises Matthieu Orphelin.

Faced with high school students, the ecologist praises his measure of sports licenses at 10 euros.

"But I do e-sport", retorts, laughing, one of the young people.

"You tell your parents to vote green, eh? I'm not giving you leaflets, they'll yell at you."

Matthieu Orphelin also chants at will that the Pays-de-la-Loire can be "the first green region" in France.

A sign that green hopes are now focused on this region.

It is also the heavyweights of the ecological galaxy who made the trip for a football match on Tuesday afternoon in Angers. For example the head of EELV Julien Bayou, yet candidate in Île-de-France: "I play in attack in my region, but I am also a flying goalkeeper", he laughs while spinning the metaphor of football. He is delighted to see "a real dynamic for Matthieu Orphelin. And the best poll is the excitement of the camp opposite".

The deputy and president of Generation ecology Delphine Batho is also in the game.

"It's general mobilization. The process is collective. I would like so much that we win a region," she says.

According to this former PS, who has little taste for the idea of ​​union of the left, "it is through citizen renewal, far from a logic of alliance of parties", that ecology can win.

There is no doubt that a victory for the non-inscribed Matthieu Orphelin, more centrist and pro-business than many EELV activists, would have an influence on the strategy of environmentalists in the 2022 presidential election.

Yannick Jadot is delighted to see "the evolution of ecology": "Six years ago, the heart of our campaigns was denunciation. Today our new culture is to be carriers of solutions".